Watch: Kayakers discover what happens when they attempt to paddle over a giant whale 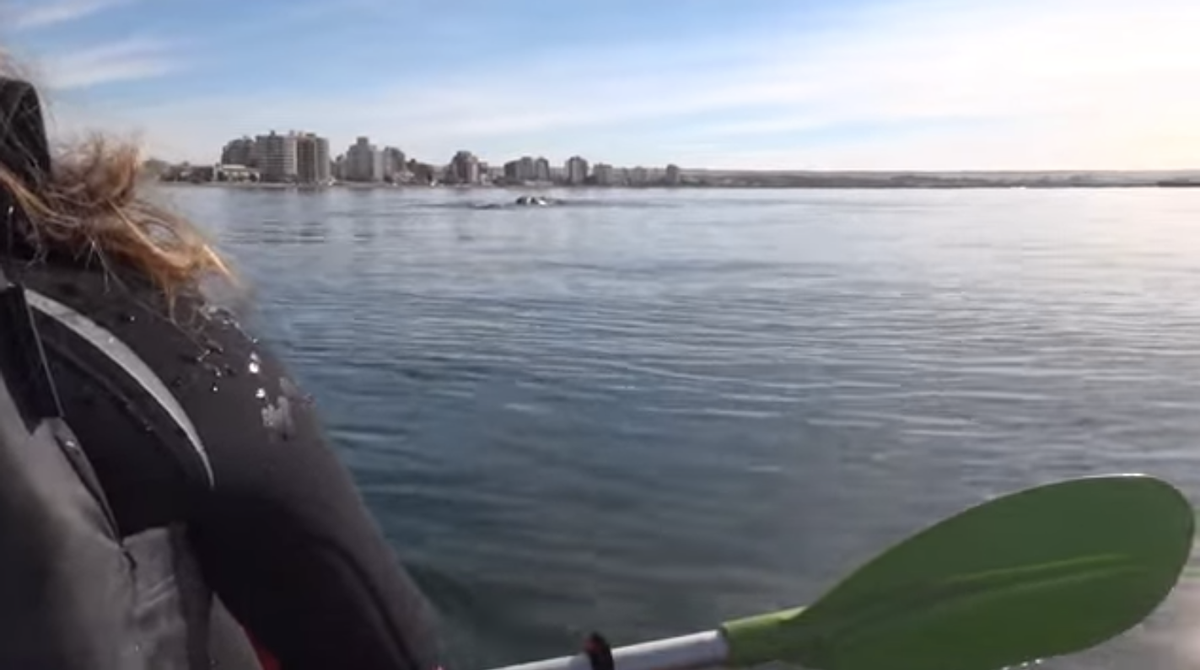 Kayakers paddling in whale-watching hotspot Puerto Madryn, Argentina, saw some whales up ahead (cool!). They decided to get closer (questionable!). Then they got too close -- way too close, to the point where they ended up stuck on top of the whale, which came up from beneath them and lifted them out of the water.

Whale-boat encounters are actually a problem for the marine mammals; due to a lack of reporting, it's unclear to what extent such incidents are occurring. Officials say mandatory speed restrictions on boats traveling through whale-heavy areas can help reduce collisions -- in this case, the whales were probably okay.

The kayakers were later able to upload their incredible footage, so it's assumed that they survived the encounter, too: