"Evil that is stalking us": Fear-mongering and the real Middle East scandal

A new counterterrorism report warns of all kinds of global doom. But there's something particularly odd about that 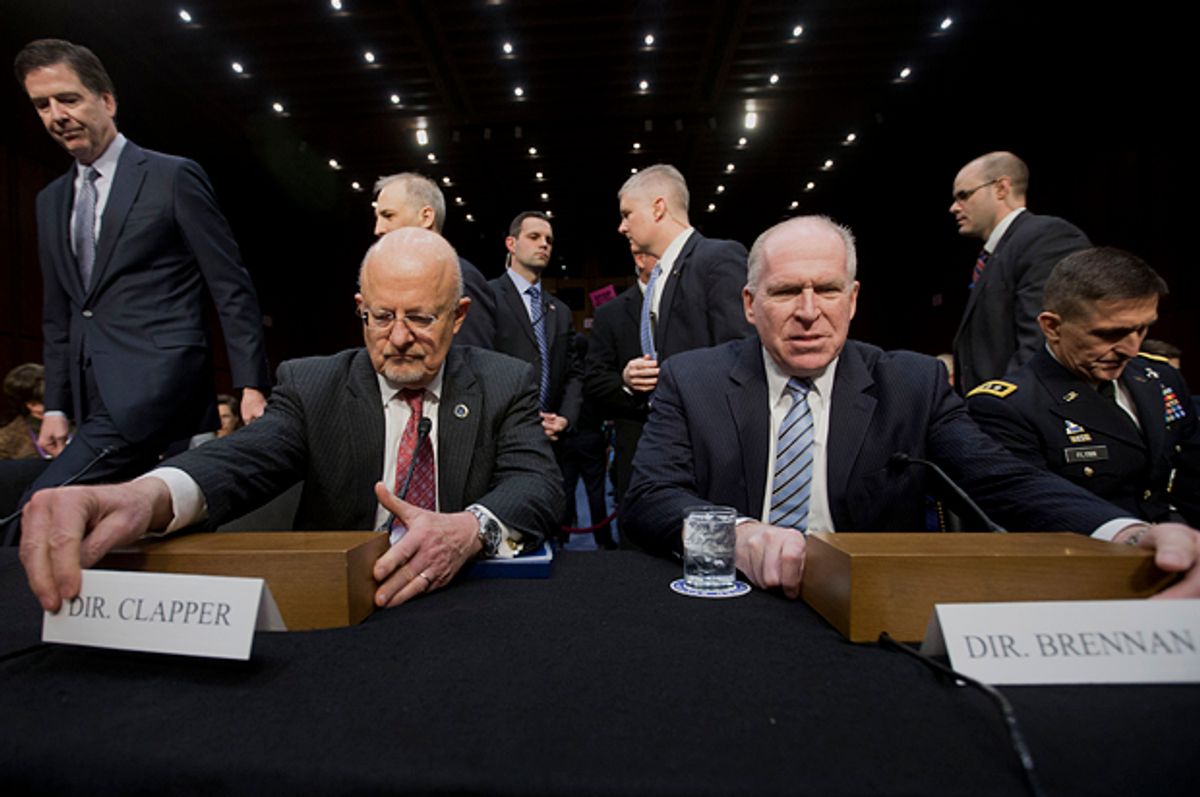 There is a "creeping tide of complacency," the members of the 9/11 Commission warned in a report released on Tuesday, the 10-year anniversary of the release of their original report. That complacency extends not just to terrorism. "On issue after issue — the resurgence and transformation of al Qaeda, Syria, the cyber threat — public awareness lags behind official Washington’s." To combat that "creeping tide of complacency," the report argues, the government must explain "the evil that [is] stalking us."

Meanwhile, the commissioners appear unconcerned about complacency with climate change or economic decline.

All that fear-mongering is odd, given the report's general assessment of counterterrorism efforts made in the last decade. "The government's record in counterterrorism is good," the report judged, and "our capabilities are much improved." Tuesday's report's main recommendations were to rationalize Congressional oversight over the Department of Homeland Security and to further consolidate the coordinating authorities of the Director of National Intelligence, especially instituting unified budgetary authority over intelligence functions.

Yet even though the government has instituted most recommendations the 9/11 Commission made 10 years ago, and even though the report finds the government's performance "good," the picture this report paints is bleak. "More than 10,000 foreign fighters have flooded into Syria," the report warns. The commissioners suggest when the "more than 100 American citizens" who traveled to Syria return home, "they will pose a serious terrorist threat."

The government has done most of the things the 9/11 Commission recommended they do, and yet the training in Syria is, according to a quote from FBI Director Jim Comey, "an order of magnitude worse" than what threatened us on 9/11.

How is it, you might wonder, that the report judged the government to have done most things right in the last decade, but the threat is an order of magnitude worse?

One answer might be the method behind the report. The 13 men the commissioners consulted -- the senior officials consulted were all men -- are those who've implemented the 9/11 Commission recommendations over the last decade: current officials like Director of National Intelligence James Clapper, CIA Director John Brennan, FBI Director Jim Comey and DHS Secretary Jeh Johnson, as well as former officials who have gone on to lucrative consulting careers, like former DHS Secretary Michael Chertoff and former NSA Director Keith Alexander.

The men who have fought the war on terror over the last decade think they've done a splendid job, but the threat is greater now so please scare taxpayers enough to retain their budgets, the report seems to say.

In its explanation why Islamic extremism has gotten stronger even while the government has followed most of the 9/11 Commission's recommendations, the report does admit that "America’s inability or reluctance to exert power and influence in a number of places" is partly to blame. But in other passages, the report describes "power vacuums" and "chaos," especially in Syria, without mentioning how the U.S. and its Gulf State allies Qatar and Saudi Arabia have cultivated that chaos.

The same men the report judges have done a good job on counterterrorism have also pursued approaches in the Middle East that have helped make things an order of magnitude worse.

This 9/11 Commission report appears remarkably discordant given other commentary on the state of things. Consider the scathing assessment retired diplomat Chas Freeman gave in a speech the other day. He agrees with the 9/11 Commission report that the instability in the Middle East arises in part from our failure to lead, which he calls, "a lapse in our capacity to think and act strategically." But he puts more emphasis on the blowback arising from U.S. military and covert operations there. "Americans went abroad in search of monsters to destroy.  We found them and bred more." Freeman said. And they now threaten the U.S., which has led to counterproductive counterterrorism programs. "That’s why we have an expanding garrison state.  Our counterterrorism programs are everywhere nurturing a passion for revenge against the United States."

Three detailed reports depict how that garrison state works in practice. Al Jazeera English investigative video Informants and Human Rights Watch report Illusion of Justice both describe how many "terrorists" the FBI actually creates through stings. Those stings often deploy potentially dangerous informants into Muslim-faith communities; they also often exploit financially or mentally challenged targets to create their terrorism convictions. Such stings -- which are one product of the policies reviewed by the 9/11 Commission -- often sour otherwise cooperative relationships between the Muslim community and law enforcement.

And a third report -- on the Intelligence Community's Watchlisting Guidelines -- shows that the government may watchlist someone for damaging computers of financial institutions or property with the intent to influence politically. Worse, the process has a slew of loopholes that allow watchlisting with almost no evidence, including something as flimsy as social media comments.

The FBI creates a lot of terrorist designees and terrorism convictions, but it's not clear they keep the country more safe.

The 9/11 Commission may well be right in its urgent calls for vigilance. But if it is, then it is high time we did more than ask the men who've led our war on terror over the last decade how they think they've done, and consider whether or not our counterterrorism policies have been making the problem worse.