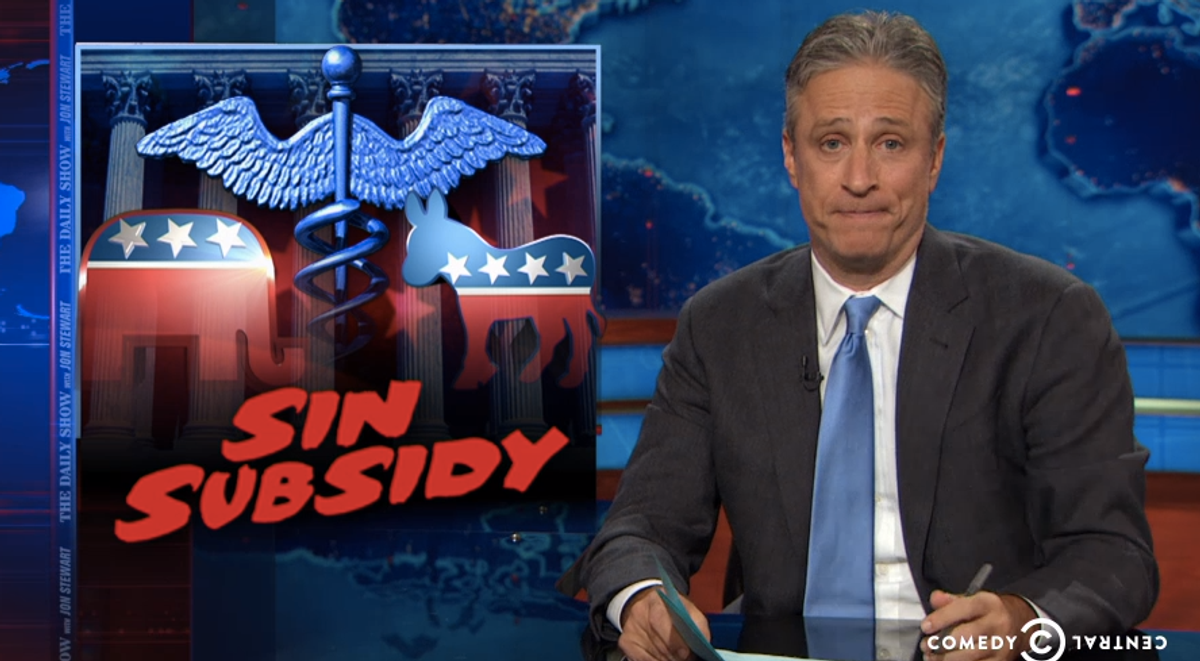 Are the Obamacare subsidies legal or not? On Wednesday, Jon Stewart explained the very unsexy, but significant split ruling on the legality of federal tax subsidies doled out by the ACA for qualifying low-income individuals. Thirty-six states opted not to set up the exchanges (as Stewart says, "the redder ones"), triggering a lawsuit over the tax credits. As the judicial system descends into chaos, 5 million people hang in limbo.