Workers lose flexibility and autonomy in a gig-economy shakeup. There will be more of this, coming soon 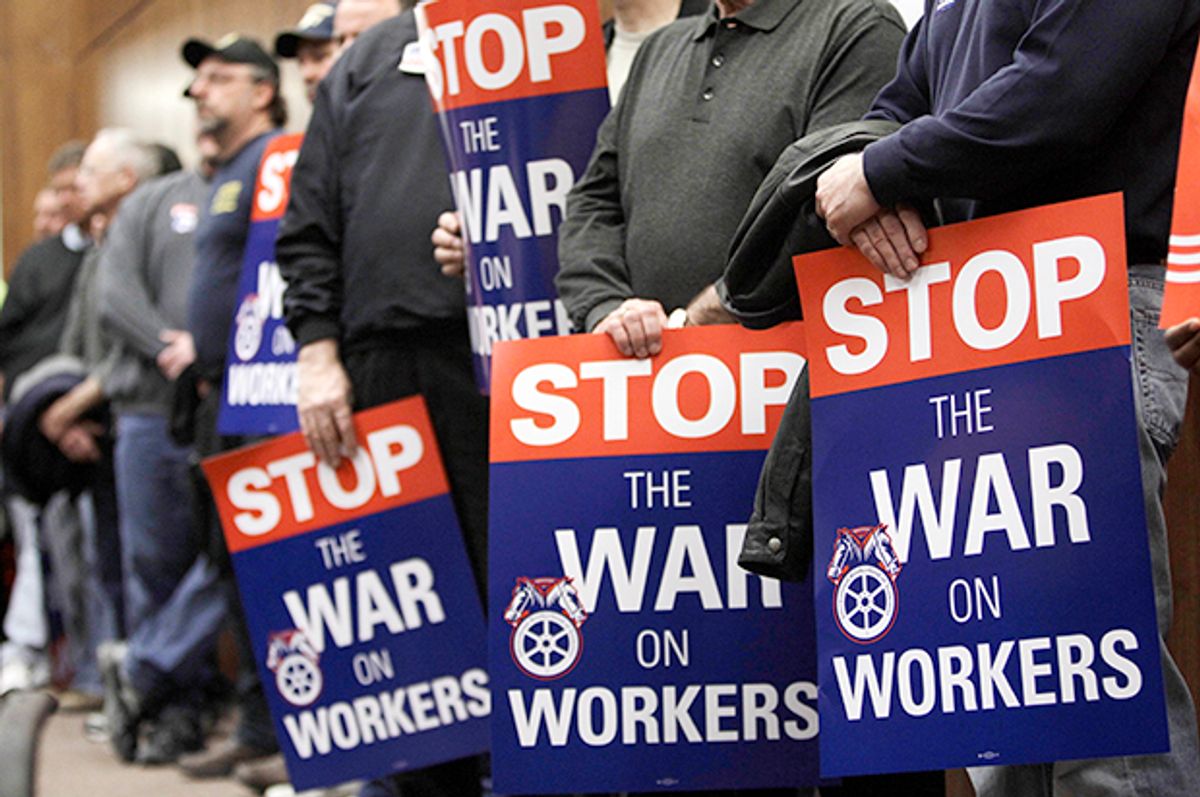 The rabbits are unhappy. Two weeks ago, TaskRabbit, a Silicon Valley start-up that helped pioneer the "gig economy" business model in which odd jobs are outsourced to the cloud, revamped its operations. Instead of using an auction system that encouraged workers to bid for a given job, TaskRabbit rolled out a new services-on-demand model.

At ValleyWag, Sam Biddle provides a pithy description of the new system:

Each Rabbit is pegged at an hourly rate, accessible only via smartphone, and expected to be available immediately, a la Uber. If you can't commit to a task within 30 minutes, it moves on to someone else, reassigned via computer. Tasks that don't fall within generic categories like moving, cleaning, or food delivery are discouraged. Rabbits are matched with people looking for help via yet another mystical algorithm, removing whatever personal connection eager users enjoyed.

TaskRabbit workers are complaining, loudly. And it's easy to see why. From a workers' standpoint, there is far less autonomy and flexibility under the new system. It's much easier for a TaskRabbit user to find someone to do a job than for a TaskRabbit worker to pick an appealing task that can be accomplished at a convenient time. At the Guardian, Sarah Jaffe goes so far as to suggest that the disgruntlement is so great that it could lead to serious collective action.

But while technology has made it easier for clients to find workers to do low-paying gigs, it has also made it easier for workers to find each other. And despite the competitiveness engendered by the TaskRabbit system, there are multiple groups on Facebook where TaskRabbit workers and users of other "gig economy" apps talk to one another – including at least one that formed specifically in response to the latest changes, and multiple location-based groups.

It might be a big step from a Facebook group to a union, but getting together to express grievances is a first step toward organizing. Worker's organizations are going to – and going to have to – look different in this century from the unions we're accustomed to. They will need to be as flexible, streamlined and quick as the tech companies they target – but the basics won't change. And, as the longtime labor movement saying goes, the boss is often the best organizer: TaskRabbit's changes may have finally given gig-workers something to get together about.

I hope Jaffe's right. But it's hard to get around the fact that the freelance workers whose labor is allocated via platforms like TaskRabbit have zero leverage to exert any kind of collective action other than making noise. The U.S. economy has proven remarkably effective at producing a surplus of workers willing to work for almost nothing. And where would you even set up a picket line when all the action happens in "the cloud"?

But the plight of TaskRabbit workers is still enlightening, because it provides us an excellent example of what happens when a struggling company rejiggers its business plan in an effort to boost revenues. The workers, almost always, get shafted.

TaskRabbit is not a success on the order of Airbnb or Uber. A year ago, TaskRabbit was forced to lay off workers. The recent overhaul was prompted in part to make the service more attractive to prospective employers who were put off by the complexity of the auction system.

This is something worth remembering as we work our way through the current go-go business cycle. When access to venture capital is cheap and easy and the economy is growing, companies don't have to make hard choices. But when the inevitable downturn arrives and the VC spigot turns off, the Airbnb's and Ubers and Lyfts will have to figure out how to extract real profits from their operations. That will, in turn, inevitably mean pressure on the wages of the workers who provide the services that these platforms facilitate.

The squeeze that TaskRabbit workers are currently feeling? It's waiting for everyone when the business cycle makes its next downward dive.