The "global kale shortage" and the problem with superfoods 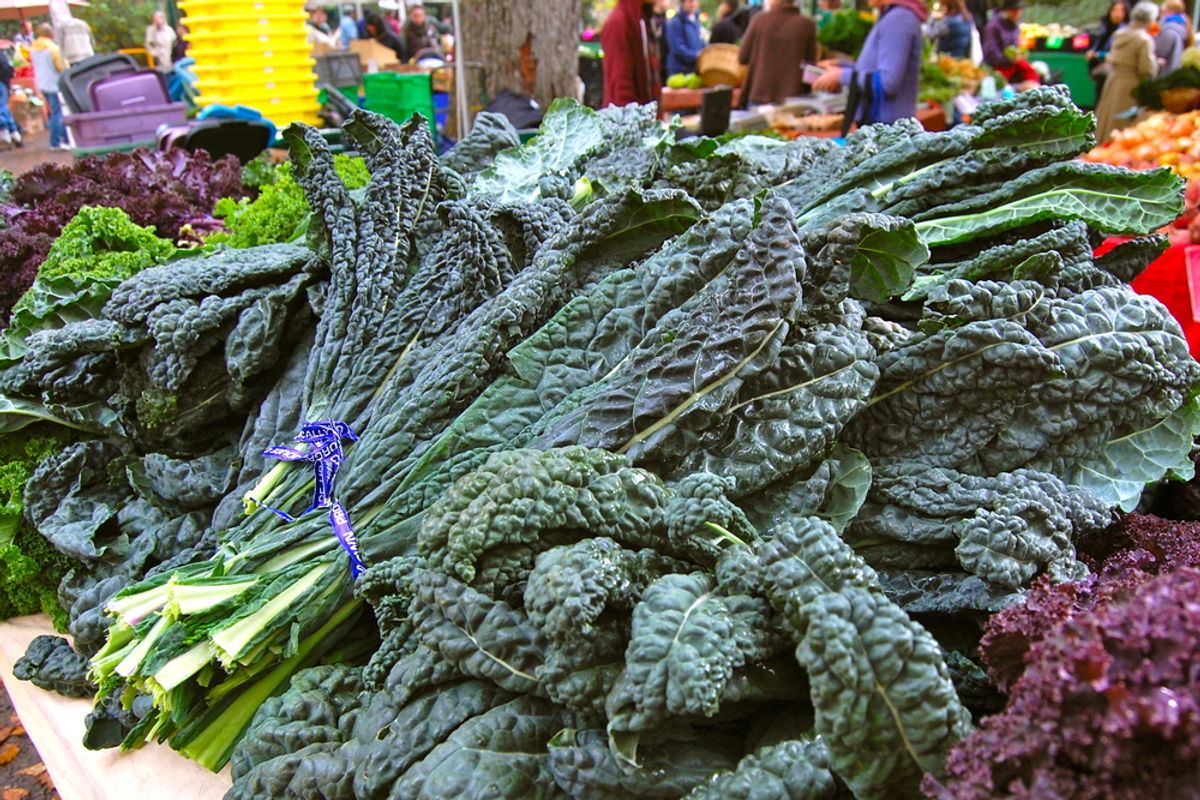 Man, if hipsters were upset about almond milk being kind of a scam, it's hard to know how they're going to deal with news of a supposed worldwide kale shortage. It's real, says ABC News Australia:

One of the world's major kale seed suppliers says it has run out of every variety of the trendy vegetable.

"You could describe it as embarrassing to us, but it's just one of those things that's happened on a global basis," Tony Hubbard from Bejo Seeds, which is based in the Netherlands, said.

"Kale suppliers say rapid rise of vegetable's popularity is leading to worldwide shortage" will sure sell papers, although the article itself appears to be more of an opportunity for farmers to boast about how popular their cabbage-like crop has become (it's "really exciting but really scary at the same time," per one farmer). Evidence of a worldwide shortage, in this case, is scant.

Still, a kale shortage! It's easy to make light of such a situation (Modern Farmer does so gloriously), especially because, at this point, it doesn't seem to be much of a situation at all. By all indications, National Kale Day 2014 should still be a happy occasion. But the farmers' "concerns" can also be read as a cautionary tale about what can happen when foodstuffs become too trendy for their own good.

Chef and author Dan Barber spoke at length about this phenomenon in a recent Salon interview: "I came to the conclusion that the problem with all this is we root around looking for the diet or the food fad that’s going to make us feel healthy and look good and be sustainable at the same time," he explained. "We have Paleo diets, and we have these cockamamie ideas of what the world can support because it’s in fashion or because it shows to be working for the short term, but that will last about as long as the conversation and then we’ll be on to something else. Unfortunately, the land can’t support those diets ..."

Kale is good, and it's definitely good for you -- let's just avoid the "all kale all the time" attitude. Otherwise, we risk turning it into a bad thing.