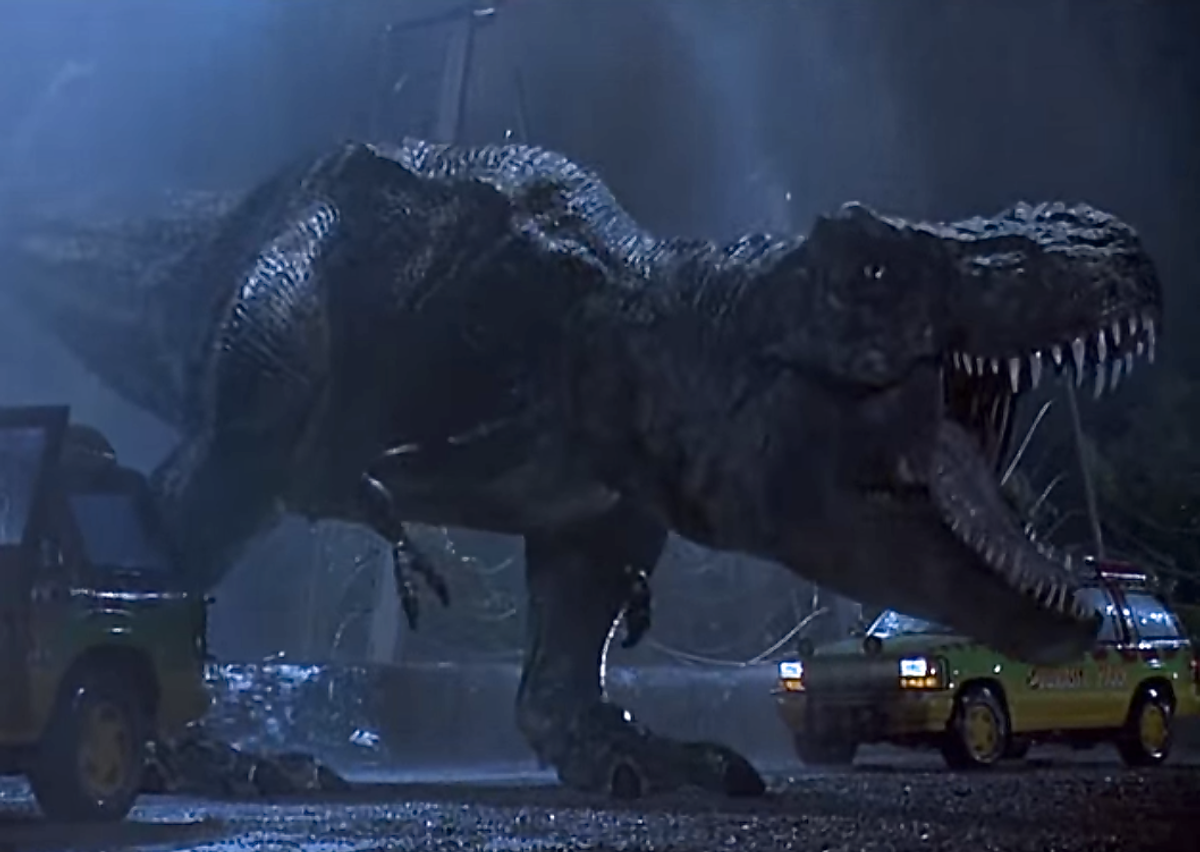 As if a lone Tyrannosaurus was not terrifying enough -- average height of 40 feet with a four-foot-long jaw and bone-crushing teeth -- new evidence suggests that these carnivorous dinosaurs, of the Cretaceous period, hunted in packs.

The hunting patterns of Tyrannosaurs has been long debated by researchers, according to the Guardian. However, there has not been enough strong evidence to support this speculation, until now.

A group of researchers from Canada published a study in the journal Plos One, detailing evidence that Tyrannosaurs may have in fact traveled in groups. The Guardian explains:

"At a remote site in north-east British Columbia - in the west of Canada - they uncovered the first known tyrannosaur trackways, apparently left by three animals going the same way at the same time.

"Unlike single footprints which have been found before, tyrannosaur trackways are made up of multiple steps, revealing the length of stride and other features of the animal's movement. What surprised the Canadian researchers was the discovery of multiple tracks running next to each other – with each beast evidently keeping a respectable distance from its neighbour (sic)."

In October of 2011, Richard McCrea of the Peace Region Palaeontology Research Centre in British Columbia was alerted to one of the tracks, by a guide who found the first two prints. A third print was found by McCrea later that same month.

The real discovery, however, came when the team found two more trackways headed in the same direction. Even better, the prints are so well preserved, even the grooves of the skin are visible.

"We hit the jackpot," McCrea told the Guardian.. "A single footprint is interesting, but a trackway gives you way more. This is about the strongest evidence you can get that these were gregarious animals. The only stronger evidence I can think of is going back in a time machine to watch them."

Based on the size of the footprints, the researchers estimate that the Tyrannosaurs were in their late 20s or early 30s. This, according to the Guardian, is a respectable age for the dinosaur.

Strengthening their case that the animals were moving in a pack is the fact that other prints in the area were uncovered. Prints of the duck-billed hadrosaurs were headed in all different directions.

"When you find three trackways together, going in the same direction, it's not necessarily good evidence for gregarious behaviour," McCrea explained. "They could be walking along a shore. But if all the other animals are moving in different directions, it means there is no geographical constraint, and it strengthens the case."