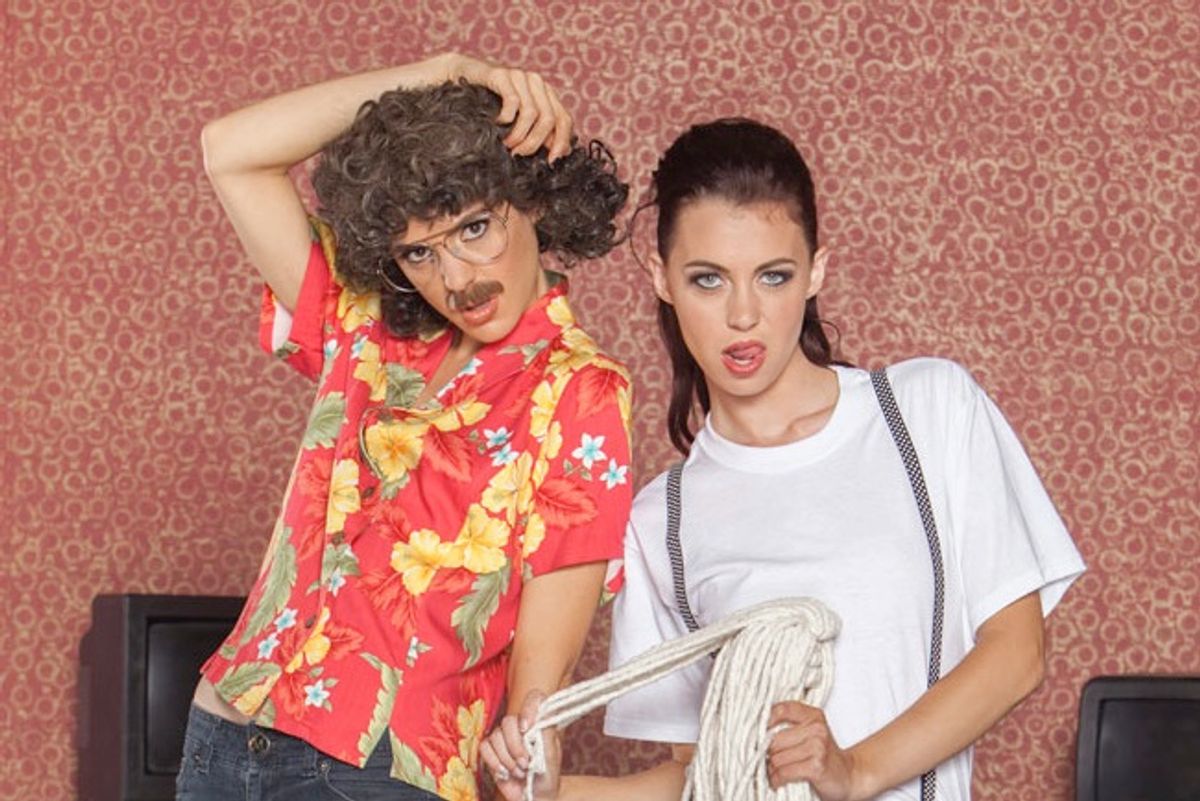 The creative minds at WoodRocket (NSFW) have come up with yet another indelible piece of commentary, with porn performers Lily Bergman and Jessica Dawn starring "in what can only be described as one of the strangest, sexiest, and most unforgettable things to ever hit the Internet," according to a press release. The two dress up as characters from Yankovic's 1989 film "UHF," which celebrates the 25th anniversary of its release this week. Of course, the point of the NSFW gallery is that Bergman and Williamson spend only so much time dressed as "Weird Al" characters, before they turn the weird into sexy. Quite a tribute.

You can see a few SFW photos from the gallery below and check out the rest at WoodRocket: