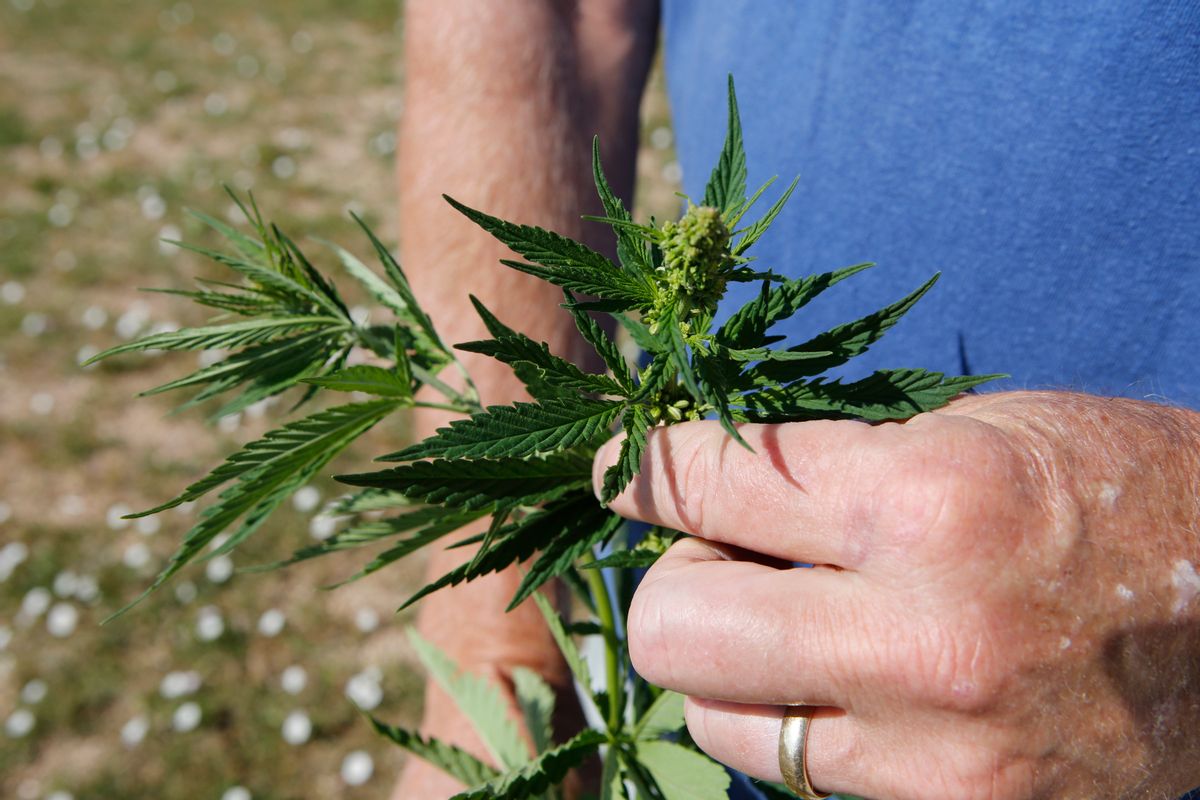 This July 3, 2014 photo shows Jim Denny inspecting the growth of a hemp plant on his property in Brighton, Colo. Denny learned the hard way that he needed neighbors permission before growing hemp. He learned about marijuanas non-intoxicating cousin at an event earlier this spring and decided to try the crop on a 75-by-100-foot plot in his yard. But Dennys hemp plot ran afoul of his homeowners association, which ruled the hemp experiment unacceptable. (AP Photo/Ed Andrieski) (AP)
--

French interior minister says that terrorism cannot be ruled out as a cause for the tragedy that killed 116 people though it was likely due to bad weather.

Israeli officials say Palestinian militants have dug dozens of underground passages from Gaza, which are meant to facilitate mass attacks on Israelis.

The Ukrainian army says that at one border crossing the insurgents were supported by artillery fire from the Russian side.

Aviation suffers one of its worst weeks in memory. Industry analysts and safety experts shake their heads at the seeming randomness of the tragedies, but say they see no common themes, and don't think it means flying is less safe.

Obama is summoning his counterparts from Guatemala, Honduras and El Salvador to discuss the influx of young immigrants from their countries to the U.S. in a bid to stem the crisis on the border.

6. CAUSE SOUGHT FOR GUNFIGHT BETWEEN PATIENT, DOCTOR

Authorities are attempting to determine why Richard Plotts fatally shot a caseworker at a suburban Philadelphia hospital and whether a psychiatrist who pulled out his own weapon and wounded the attacker had concerns about him.

For years, the president railed against the unlimited spending flowing into American political campaigns. Now he's embracing some of the same secretive elements of that system, drawing charges of hypocrisy.

8. WHAT BECOMES SYMBOL OF SOUTH KOREA'S CRISIS OF CONSCIENCE

Construction of the world's sixth tallest building near Seoul faces new doubts in a nation questioning its ethos of economic progress over safety after the ferry disaster that killed hundreds of teenagers.

So says one of the thousands of young Argentine men who came for the World Cup and still haven't gone home, much to their host's consternation.