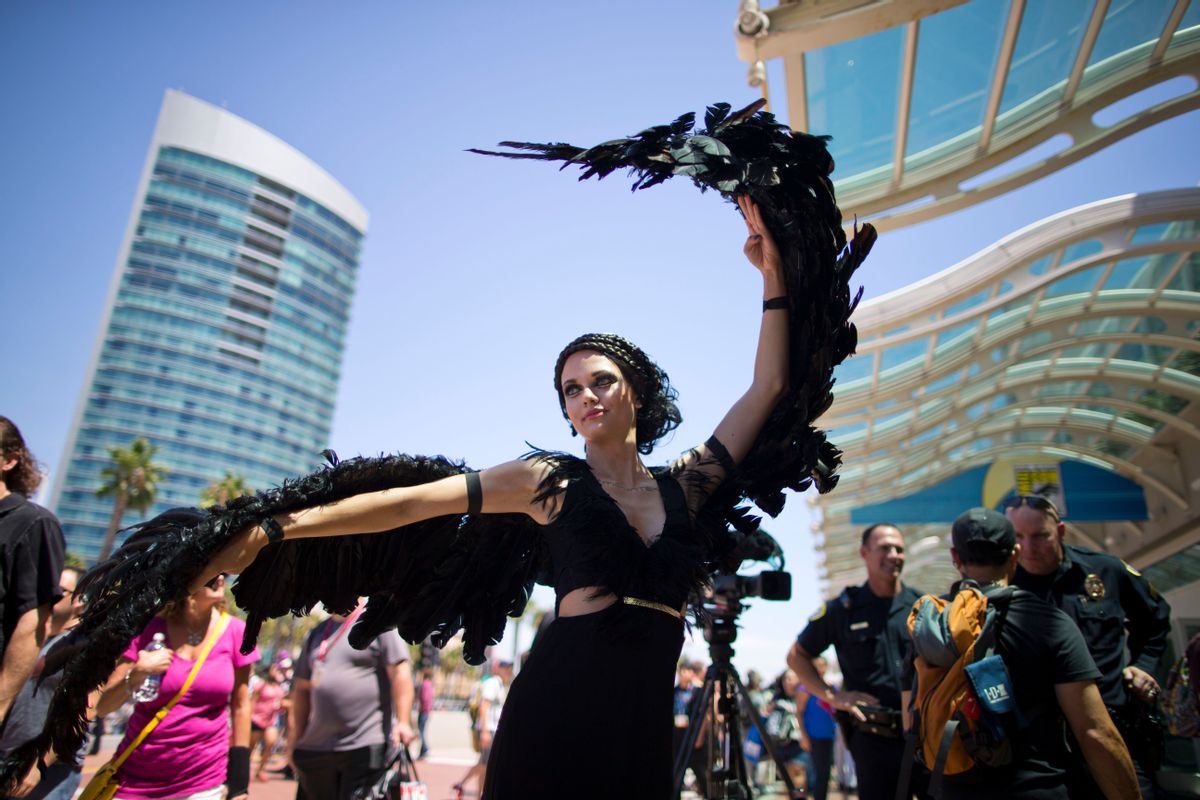 A woman dressed as the character Katniss Everdeen from the movie, "The Hunger Games: Catching Fire," poses in front of Comic-Con Thursday, July 24, 2014, in San Diego. Thousands of fans with four-day passes to the sold-out pop-culture spectacular flocked to the event Thursday, many clad in costumes. (AP Photo) (AP)
--

SAN DIEGO (AP) — The trailer for the next film in the popular "Hunger Games" series is making its premiere at Comic-Con.

Fans gathered Friday at the Capitol Gallery in downtown San Diego, where holographic versions of victors Peeta Meelark and Johanna Reyes offered visitors a silent welcome before the minute-long teaser trailer was shown.

The trailer opens with a hovership landing and a meeting between leaders of the rebellion, where Phillip Seymour Hoffman and a gray-haired Julianne Moore discuss Katniss Everdeen's role. Meanwhile, President Snow (Donald Sutherland) declares the Mockingjay symbol illegal.

Katniss (Jennifer Lawrence) is shown entering the underground bunker where refugees of Panem are hiding, and she agrees to take up their cause.

Being the first to see the trailer for "The Hunger Games: Mockingjay Part I" was only part of the Capitol Gallery experience, which occupied part of the Hard Rock Hotel. In an all-white setting inspired by President Snow's Capitol color scheme, visitors could enjoy treats from Peeta's bakery, witness colorful Capitol fashions, design souvenir T-shirts and have their photo taken with the holographic characters.

Even the trailer-viewing experience seemed designed by the Capitol: In an all-white room, fans were offered all-white candies and snacks before being shown into pod-like chairs, where they watched the trailer on personal Samsung tablets.

The trailer also can be seen on Samsung devices at Best Buy stores beginning Saturday before it's released widely next week.