WATCH: The technology of the future blows Stephen Colbert's mind

In Musk's future there will be electric jets, but no jet packs 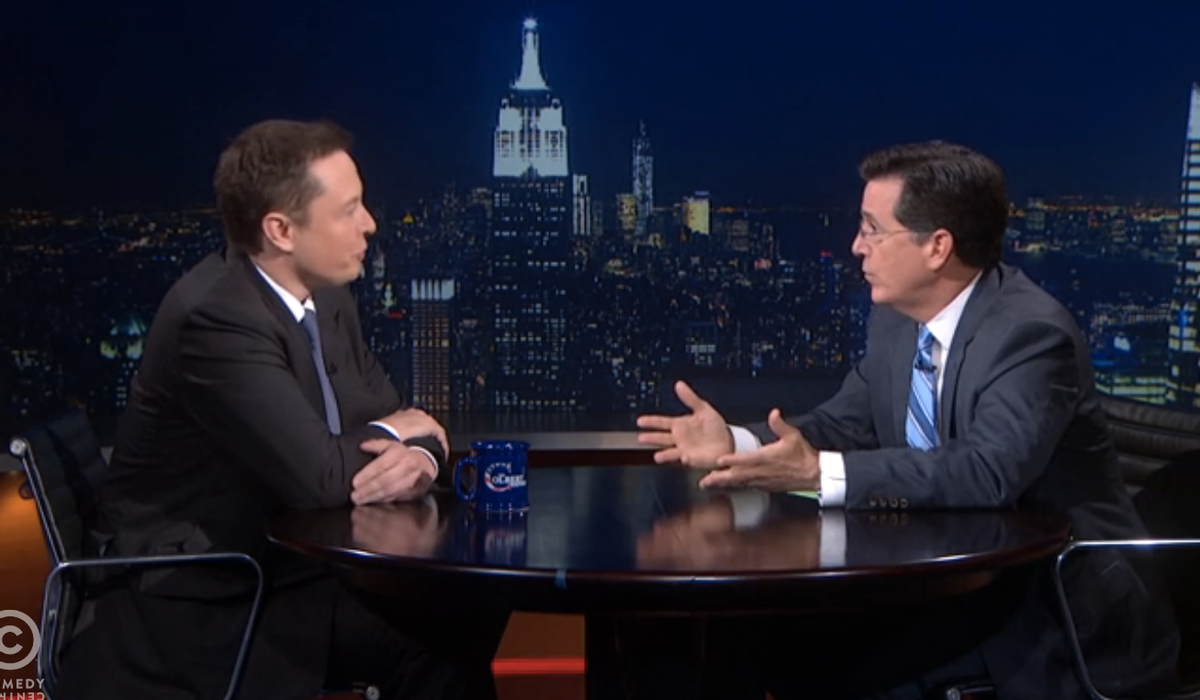 Last night on "The Colbert Report," SpaceX, Tesla, SolarCity and PayPal founder Elon Musk spoke to Stephen Colbert in a fascinating two-part interview. (Colbert seemed so excited by the technology, he nearly slipped out of character.)

The two discussed everything from Tesla Motors, and why Musk decided to release the patents for Tesla technology, to SpaceX, the reusable rocket and setting up a base on Mars.

Musk also shared visions of future transportation. There are physics issues with jet packs, but he would like to see electric jets, and takeoff from a vertical position.

"What's next?" Colbert wondered. "What's the next thing? What are you going to blow my mind with?"

"Well, what do you wish there was?" Elon responded. Watch below

Part two is below: