"We may have problems, but at least we're not jailing artists for 3-D printing their vaginas," he said 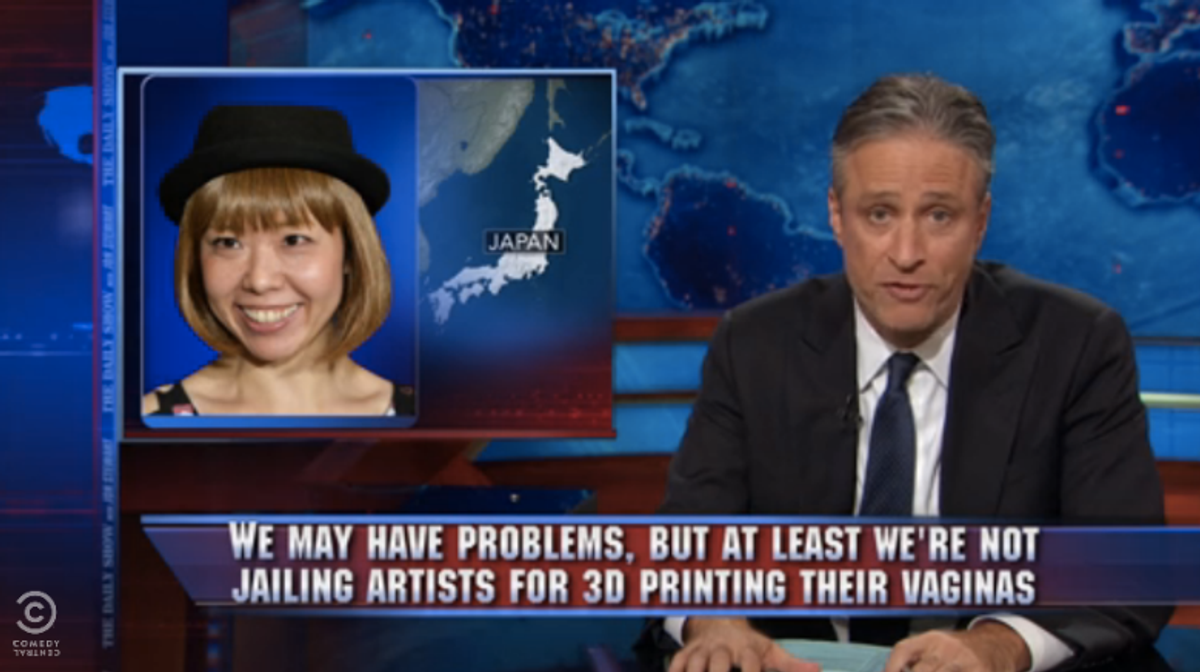 In a new segment titled "We may have problems, but at least we're not jailing artists for 3-D printing their vaginas," Jon Stewart blasted Japan for arresting Megumi Igarashi after she created a 3-D print of her vagina. After recounting Japan's sexually explicit and objectifying television content (which includes game shows where women compete to stuff coins in their cleavage, apparently), and highlighting one town's traditional Iron Phallus parade, Stewart remarked, "On the Japanese provo-meter, the vagina boat is practically a Disney World ride."

Here's what really gets me, Japan," said Stewart, "what gets me is your public display of genital double standards."