Transgender student on school's anti-trans policies: "My own tax dollars" fund "discrimination against me"

A Christian school has justified its anti-trans policies in its faith, but one of its student is fighting back 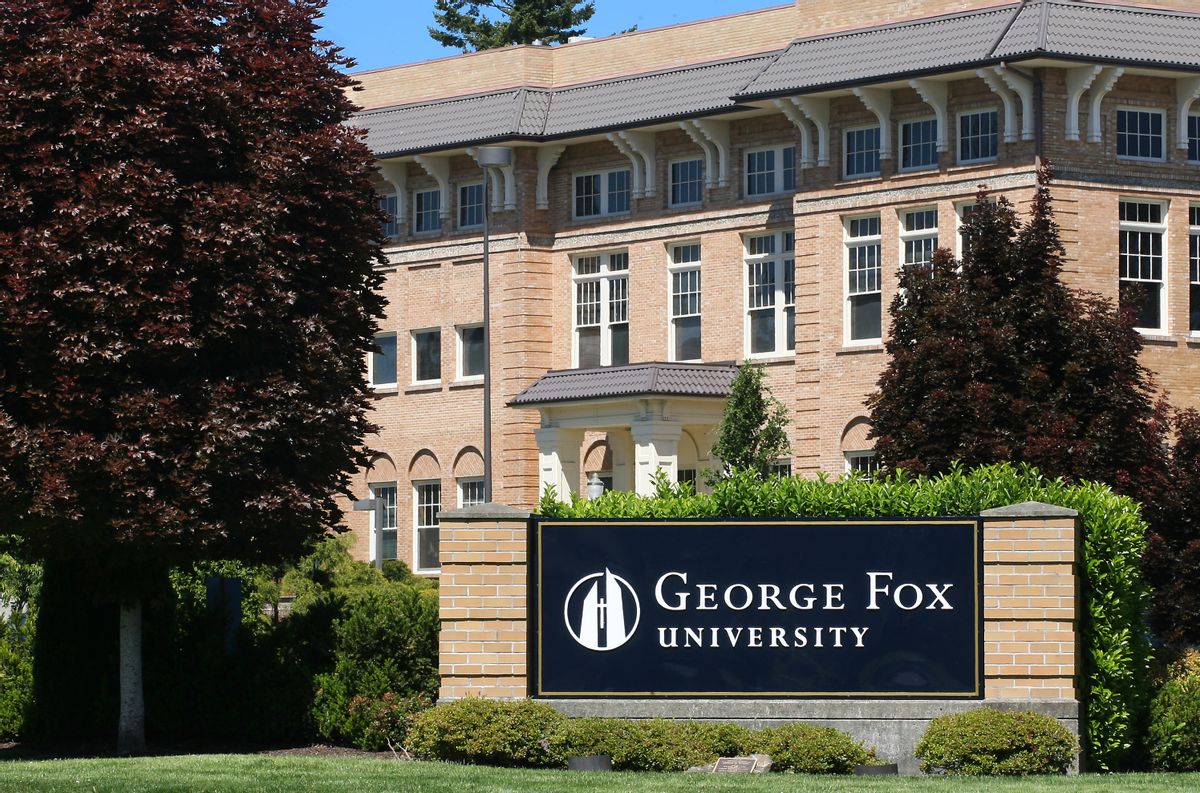 Earlier this year, George Fox University, a Quaker school in Oregon, asked the Department of Education's Office for Civil Rights for a religious exemption from Title IX so that it could refuse a transgender student's request to to live in the men's residence hall instead of the female dormitory he was housed in. The student, a 20-year-old psychology major named Jayce, filed his Title IX complaint in April. The department granted the school an exemption in May. What's happened since is revealing of the laws (and religious exemptions) that leave trans people vulnerable to discrimination, even when it is nominally banned and schools claim to be acting in good faith.

This month, George Fox implemented new regulations regarding housing for trans students. According the the policy, "Common residence halls are single-sex, defined anatomically." This means that students like Jayce, who began his transition more than a year ago but has not undergone transition-related surgeries, can still be denied equal access to housing. Jayce told the New York Times that he is interested in surgery, but can't afford it right now. This is a pretty common issue, particularly because insurance does not often cover transition-related care. (As Zack Ford at ThinkProgress recently noted, George Fox's student insurance policy does not cover such care.) The policy is equally discriminatory towards trans students who do not want to undergo transition-related surgeries, and believe -- like the World Health Organization and the World Professional Association for Transgender Health -- that surgery should not be a prerequisite for recognition.

But despite claims that it is just neutrally applying a housing policy, George Fox doesn't require the same anatomical scrutiny of all of its students, just out trans students. This is true across the culture. Anatomy -- particularly genitalia -- only becomes a topic for discussion when it comes to trans people trying to access basic facilities, like public restrooms and housing that corresponds to their gender identity. A spokesperson for the school told the Times that, "For 123 years, our housing policy has been to house students by their anatomy," but it's unlikely that administrators have spent the last century doing spot checks to get visual confirmation on a student's genitalia before handing them the keys to their dorm.

So here we're presented with a few riddles about federal law, and another reminder of how these laws -- weakened considerably by religious exemptions -- often leave trans students vulnerable to discrimination and harassment. As the Times article points out, the federal government has adopted the position that Title IX protects trans students from sex discrimination. But because religious universities like George Fox can be exempted from these laws, they can deny trans students housing and -- as has happened at other universities -- block access to restrooms and expel trans students entirely. All while receiving federal funds.

And these exemptions have not just been granted in cases involving housing requests from trans students. As Scott Jaschik reported last week at Inside Higher Ed, George Fox had previously requested -- and received -- an exemption from Title IX to discriminate against divorced people and the parents of children born outside of marriage. The exemption was granted in 1985 after the school argued that enrolling or hiring such people would "jeopardize the Biblical stance" of the university.

But as Jaschik also pointed out, George Fox no longer enforces this policy, suggesting that the once unshakeable "Biblical stance" of the school has shifted as the culture became less accepting of this form of discrimination. The fact that George Fox no longer actively discriminates against parents who aren't married and people who are no longer married is a good thing, but its evolution on the issue certainly shakes its claims about anti-trans discrimination being rooted in its faith rather than just opportunistic bigotry.

And as religious schools are granted increasingly wide breadth to select which federal laws they want to comply with -- particularly in the wake of the Hobby Lobby decision -- we're likely to see more of these cases, not less. And as Jayce pointed out in an interview with MSNBC, tax dollars will continue to flow to these institutions.

“The university is operating under the doctrine of ‘separate but equal,’ and the religious exemption they received now gives the government’s stamp of approval to what they are doing,” he said. “My own tax dollars will fund the university’s discrimination against me.”