"Kiss my behind, King Cetewayo": The secret hilarity of untranslated foreign-language movie lines

When foreign actors are told to say words in their native language for "authenticity," this is what happens 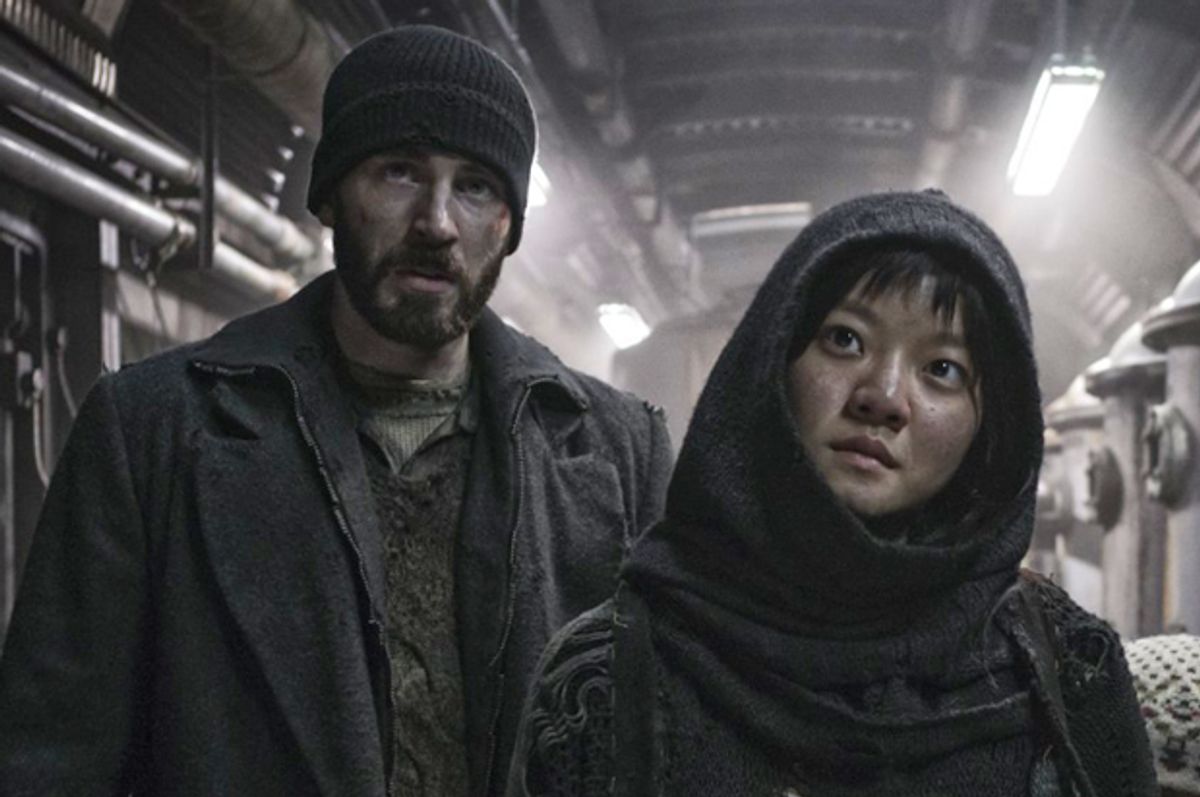 “The Korean women were talking about me,” Elaine confides nervously to Jerry on a 1995 episode of "Seinfeld." “I think they were calling me a dog.”

Blandly, Jerry replies: “How would you know? You don’t speak Korean.”

But George Constanza’s father Frank does, and so Elaine makes him go to the nail salon with her. Once there, Frank confirms her worst fears: Yes, the manicurists had been saying mean things about her. And about him. Because his feet smell.

When minor characters who are also ethnic minorities start talking among themselves in their native tongues, they sometimes take advantage of their invisibility to say things. Sometimes they break the Fourth Wall and start ranting about the movie director. Sometimes, they spout random obscenities or natter about their lousy lunch. It’s all in not-English, so whatever they say doesn’t matter! And the actual translations of their lines can be a secret source of hilarity in films where actors are instructed to use a Gratuitous Foreign Language (GFL) in order to make a scene sound more authentic. When some Native Americans cast in Westerns were told to speak their own language to add some authenticity, these actors took the opportunity to crudely editorialize about their director, which allegedly resulted in Native American audiences (in)explicably cracking up laughing during scenes that were meant to be dramatic.

These unscripted speeches are today’s version of the subversive marginalia that popped up in medieval manuscripts. Before the invention of the printing press, small armies of monks used to spend their lives copying the Bible by hand. Just one book, always the same story. After a century or so of this tedium, some monks started doodling in the margins, creating bawdy scenarios such as naked people running around doing naughty things. Polite readers ignored them, but loads of medieval scholars now think they’re the best part. Similarly, when Gratuitous Foreign Languages show up in movies, they usually have nothing to do with the main plot but are often very funny. And, depending on your perspective, they can totally rescue a lousy film.

Just to be clear, GFLs are not to be confused with the Accidentally Mistranslated Subtitle, the Deliberately Mistranslated Subtitle or the clever use of gibberish. Tarzan spoke gibberish. Minions speak gibberish. GFLs are living foreign languages inserted into dialogues that remain untranslated because they’re typically happening in the background. In order to catch them, you not only have to speak the language but must pay close attention with your ears.

By contrast, when Wanda asks shy British barrister Archie (played by John Cleese) “Do you speak Italian?” he replies: “I am Italian! Sono italiano in spirito. Ma ho sposata una donna che preferisce lavorare in giardino piuttosto che fare l’amore appassionato. Uno sbaglio grande! But it’s such an ugly language. How about... Russian?” The untranslated bit allows Archie to complain about his wife: “I’m Italian in spirit! But I married a woman who’d rather work in the garden than make passionate love. A big mistake!”]

In real life, a Danish man named Ole Bentzen, an audiologist who specialized in developing hearing aids for underdeveloped countries, found one scene with Cleese so funny that he literally died laughing.

2. "Zulu," 1964. The actor playing a Zulu messenger was apparently instructed to prostrate himself at King Cetewayo's feet and say words in his native tongue. So he chose to say something akin to "Kiss my behind," as the Zulu actor portraying the king struggled to keep a straight face.

3. "Kentucky Fried Movie," 1977. In this comedy directed by John Landis, there is an episode called "Fistful of Yen" that spoofs the Bruce Lee film "Enter the Dragon." In this episode, the one-handed villain, played by Korean martial artist Bong Soo Han, delivers a speech in Korean while the main character is busy being heroic. But he runs out of Asian names for his henchmen so he starts calling them things like "jjambbong" and "jjajangmyeon": the names of popular Korean dishes.

The tactic was later spoofed in "Top Secret!" (1984), where the French character named Du Quois introduces his men to the American: This is Chevalier, Montage, Détente, Avant-Garde and Déjà-Vu [...] Over there, Croissant, Soufflé, Escargot, and Chocolate Mousse [for consistency’s sake, this last ought to be mousse au chocolat.]

4. "Snowpiercer," 2014. The native language of this dystopian thriller is French, as it’s based on a graphic novel, "Le Transpercerneige," 1982, released last year as 설국열차 in South Korea. Directed by Bong Joon-ho, it features Chris Evans as its lead. Despite its French and South Korean origins, the film’s dialogue is mostly English. Writer Emily Yoon saw this film when it was first released in Korea last year, and explains there’s a terrific joke that goes untranslated on two levels: When Curtis (played by Chris Evans) first encounters Namgung Minsu (남궁민수, played by Song Kang-ho), Evans keeps calling him ‘Nam,’ to which Song responds:  “‘남궁’까지가 성이고 ‘민수’ 가 이름이다 이 무식한 새끼야.” (“‘Namgung’ is my surname and ‘Minsu’ is the name, you ignorant bastard.”) Because there are many languages being spoken in the closed universe of the train, the people riding it use an interpreter/translator device. However, the device is stumped because he has a rare two-syllable family name -- he should be called either ‘Namgung’ or ‘Minsu,’ but never just ‘Nam.’ The translator machine can’t make sense of this, and so as Song rants, the machine remains silent. So the entire insult goes untranslated for the movie audience as well.

5. "Pacific Rim," 2013. (Spoiler alert). A sci-fi action film directed by Guillermo del Toro, it involves humans battling against intergalactic monsters. Just before one of the heroes blows himself up to save the others, his protégée Mako grabs a radio and says something to him in Japanese, but her words are left untranslated and without subtitles. This drove fans nuts, so "Pacific Rim" screenwriter Travis Beacham finally translated the line on Twitter: