George R.R. Martin is taking time away from "Game of Thrones" to focus on sixth novel 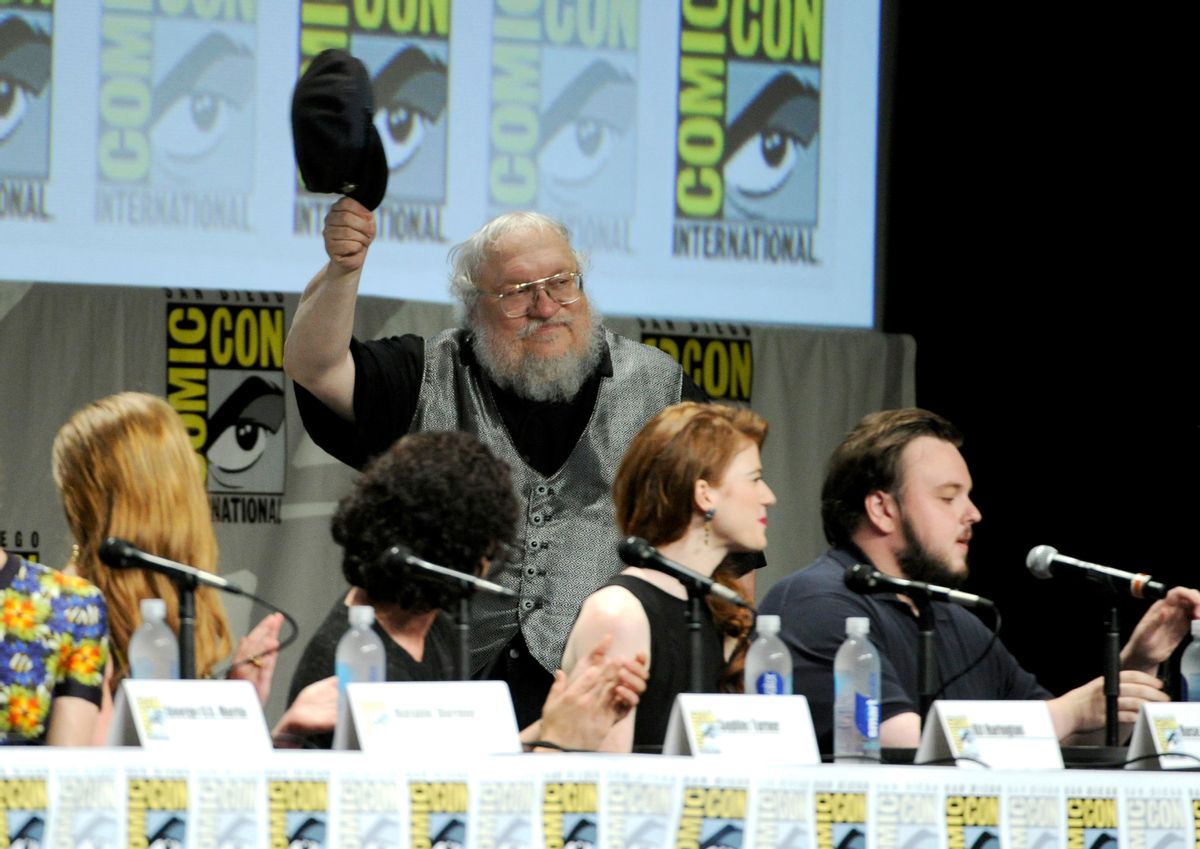 George R.R. Martin, the only mortal who can tell us the fate of Westeros, is stepping away from HBO's upcoming season of "Game of Thrones." Although he has written an episode for every season of the hit show thus far, in an interview with Vulture, the writer said he won't pen any scripts for season five "because I have this book to finish."

The book he is referring to, of course, is "The Winds of Winter," the eagerly anticipated sixth installment of the "Song of Ice and Fire" series upon which "Game of Thrones" is based. Martin's book editor hoped it would be out "reasonably soon" a few months ago, but sitting out the entire season's development suggests there's still a little while until there's a publication date. It's nice to know, however, that Martin is prioritizing the book, as the show is currently expected to outpace the seven-book series (Season 5 includes material from Martin's fourth and fifth books, "A Feast for Crows" and "A Dance with Dragons").

Martin will limit his production visits to "the trips I’m already obligated to make," but probably won't have time to visit the set. He is also relinquishing any power he had over the show's casting decisions. The show recently brought on a bunch of new characters, but Martin wasn't involved in their hiring, saying, "This season, most of those cast members are new to me as well because I haven’t been involved in the process. I’ve been doing a lot of other stuff."

"In the earlier seasons I was much more involved with casting," he said. "I would review tapes and comment, but that’s a time-consuming process. And at this point, we’re five seasons in, we have the best casting director in the business in Nina Gold, David [Benioff] and Dan [Weiss] have been running the show, and it’s a well-oiled machine, so it really doesn’t need me down there with the oil can squeaking at the wheels."

A Song Of Ice And Fire Game Of Thrones George R.r. Martin Got Hbo The Winds Of Winter