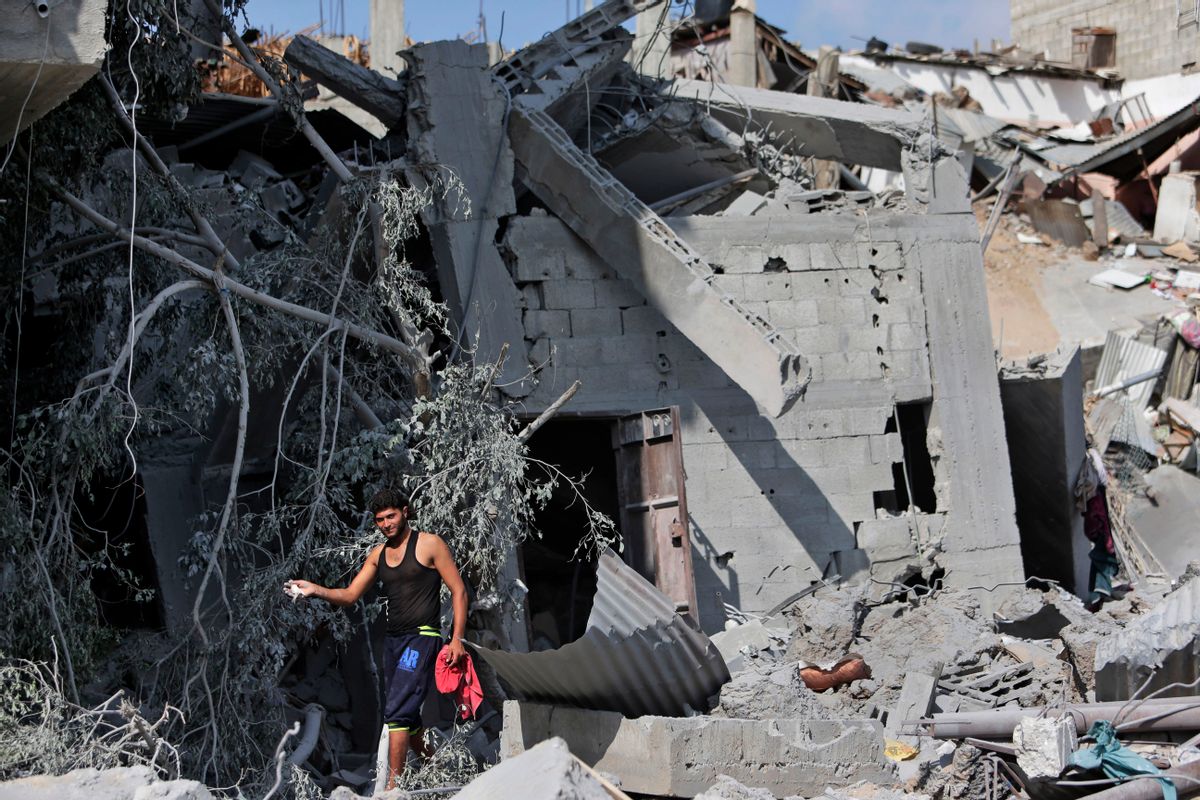 A Palestinian shows his pet bird which he managed to catch amid the rubble of houses destroyed by Israeli strikes in Beit Hanoun, northern Gaza Strip, Sunday, July 27, 2014. Hamas on Sunday agreed to observe a 24-hour humanitarian truce ahead of a major Muslim holiday after initially rejecting such an offer by Israel, as the two sides wrangled over setting the terms of a lull the international community hopes can be expanded into a more sustainable truce. (AP Photo/Lefteris Pitarakis) (AP)
--

The failure to reach even a brief humanitarian lull in the fighting illustrated the difficulties in securing a more permanent cease-fire in the raging Gaza war.

Divisions among its member states and fears of an economic backlash have stopped the 28-nation European Union from imposing broad sanctions on Moscow for supporting Ukraine separatists.

3. HOW PLAN TO SIMPLIFY 2015 HEALTH RENEWALS COULD BACKFIRE

People covered under the new U.S. health law who opt for convenience by automatically renewing their coverage for 2015 are likely to receive dated and inaccurate financial aid amounts from the government.

The chairmen of the House and Senate Veterans Affairs committees agree on a compromise plan to improve a veterans' health program plagued by long patient wait times.

And an American physician working in the West African nation is being treated for the deadly virus, highlighting the risks facing health workers trying to combat an outbreak there.

The justice ruled that the District of Columbia's ban on carrying guns outside a person's home violates Second Amendment rights.

The blaze in the Sierra Nevada foothills has charred at least 6 square miles of rugged terrain.

Three people accused of scheming to manufacture and ship salmonella-tainted peanuts that killed nine people and sickened more than 700 are set to appear in a court in Georgia.

On its 60th anniversary year, the Rhode Island music festival is adding a third day of music dedicated to up-and-coming talent.