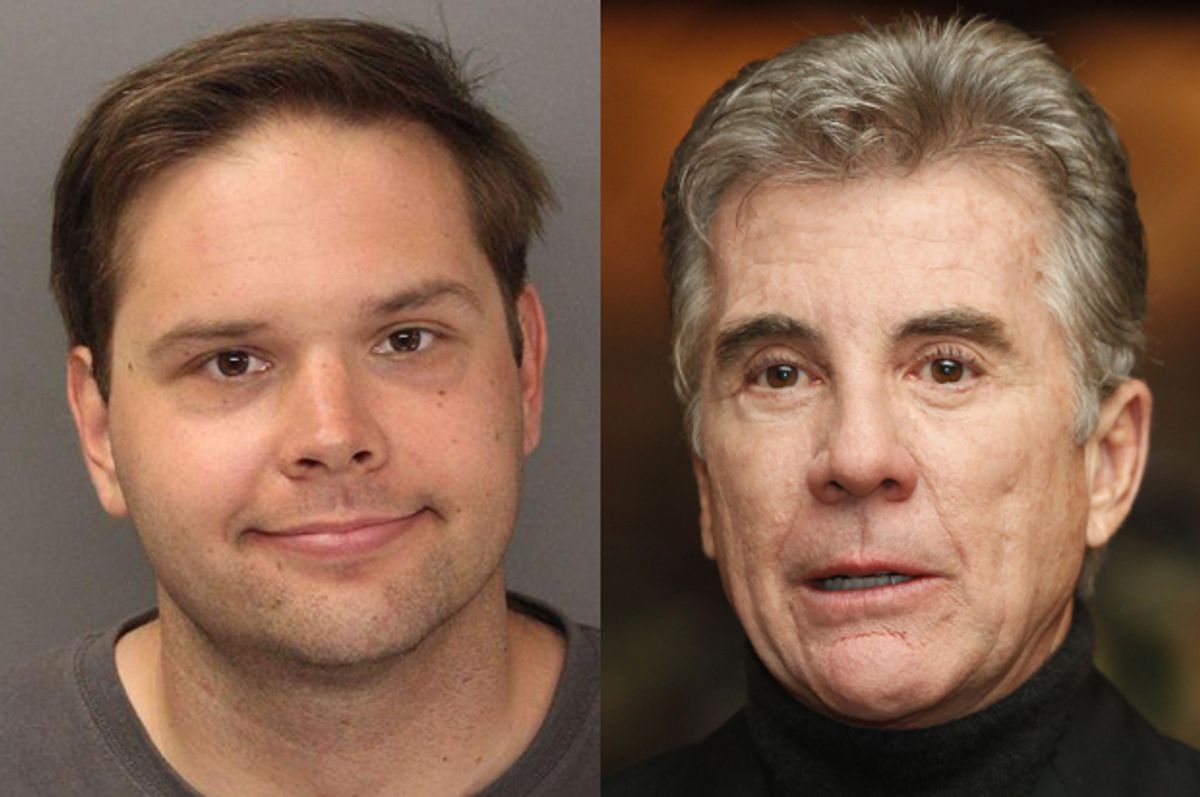 Charles Mozdir, the man killed in a New York City shootout today, was the subject of a recent episode of CNN's "The Hunt," a program devoted to tracking down fugitives. And CNN is happy to tell you this, over and over again.

In a breaking news banner across the top of its site, CNN has announced that a "Suspected sex offender featured on 'The Hunt' was killed while police were trying to arrest him on molestation charges." (It's since changed to "Two U.S. marshals and an NYPD officer were wounded trying to arrest suspected sex offender featured on CNN's 'The Hunt,' official says.") The CNN story about the shootout features links between paragraphs to "The Hunt's" profile of Mozdir and for "More about CNN's 'The Hunt.'" The story, for CNN, is about its own programming, even as the human toll continues to become more clear. The fact that the dead man was featured on CNN is in the first sentence, while the fact that three others were shot in the melee has to wait a paragraph.

Before the network is willing to give you all the information about a shootout between a fugitive and a group of cops in a crowded Manhattan neighborhood, it wants to be sure you have the opportunity to check out its programming. That the page of "More about CNN's 'The Hunt'" is quite tonally off is predictable but still something; there's a promotional video showing various fugitives from the law set to pulse-pounding instrumental country music. The pursuit of fugitives, a pursuit that has left three in the hospital with gunshot wounds, sure looks watchable!

CNN's "The Hunt" did what it was meant to do: elicit a tip that led to the location of an alleged criminal. And the show's involvement in the capture of a fugitive is newsworthy -- but surely not the story. Cable news has always had a problem with giving itself praise for coverage of stories and issues that don't lend themselves to back-patting; consider sister network HLN's press release, last year, about the high ratings they got "as [Jodi] Arias pleads for her life."