Georgia GOPer Jody Hice: "Satan" is "chipping away" at "our Christian rights" 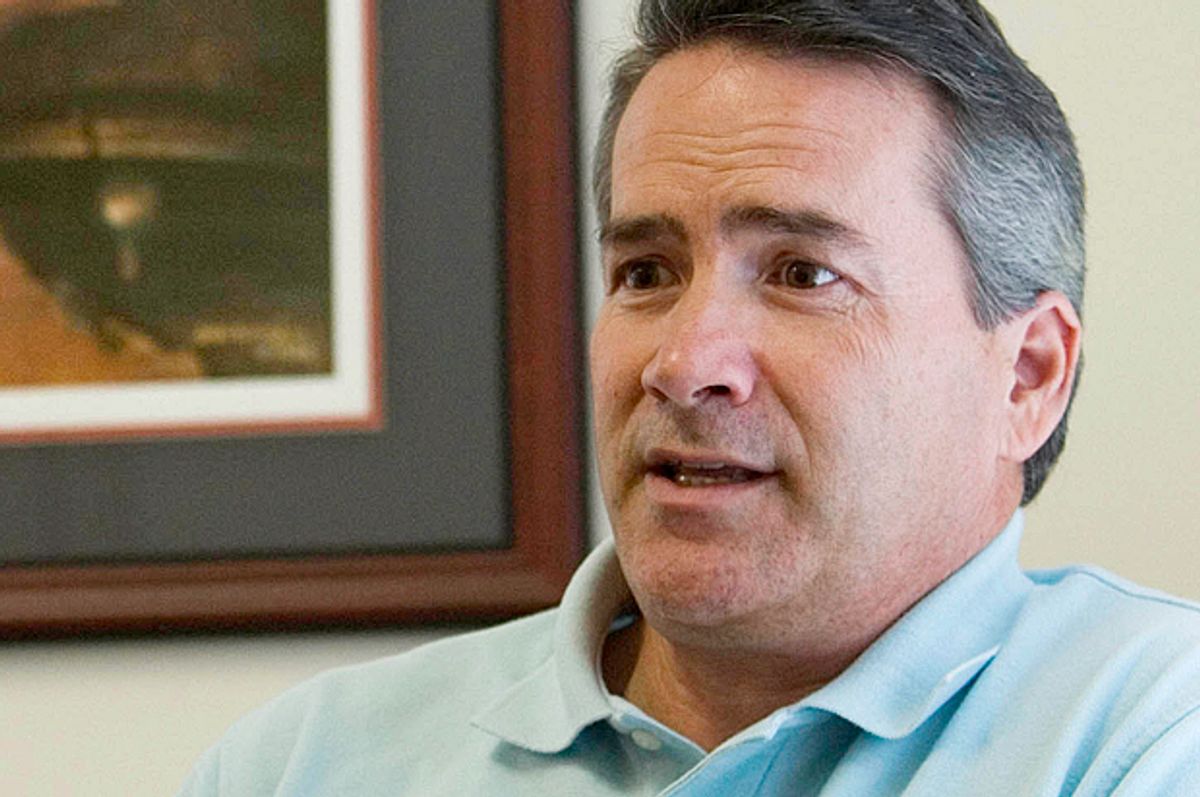 Jody Hice is a former pastor and radio host who is almost certainly going to soon become the U.S. congressman bestowed with the honor of representing Georgia's 10th congressional district — a chunk of political real estate previously dominated by the legendary Paul "pit of hell" Broun.

Well, judging by a 2003 clip recently unearthed by Right Wing Watch (not to mention remarks found by BuzzFeed; and approved by Erick Erickson) it appears Hice is more than capable of carrying on Broun's noble tradition of far-right fundamentalist quackery.

In the clip, Hice can be seen speaking with former "700 Club" co-host Ben Kinchlow about why it's important for God-fearing Americans to combat "judicial terrorists" by placing a commemorative to the 10 Commandments in public buildings. The reason is rather simple: To defy Satan!

Beelzebub, you see, is "infiltrating our society," Hice warns. And he's doing it through that most evil of concepts, the separation of church and state. It's all part of his plan to "destroy the work of God in this world," Hice explains.

"We have watched our rights be chipped away," Hice later adds, speaking both of rights given by the Constitution as well as by God. He says the process has been ongoing for at least the past 40 years. "We have sat in our churches and we've been quiet ... and now we are facing the consequences of years and years of silence."

No longer content to be silenced by the First Amendment, Hice warns that the world has "very few years" and "little time" left during which to save itself. "If there has ever been a time for the church to stand up," Hice proclaims, "it is now."

You can watch the best moments from future-congressman Hice's 2003 appearance below, via Right Wing Watch: