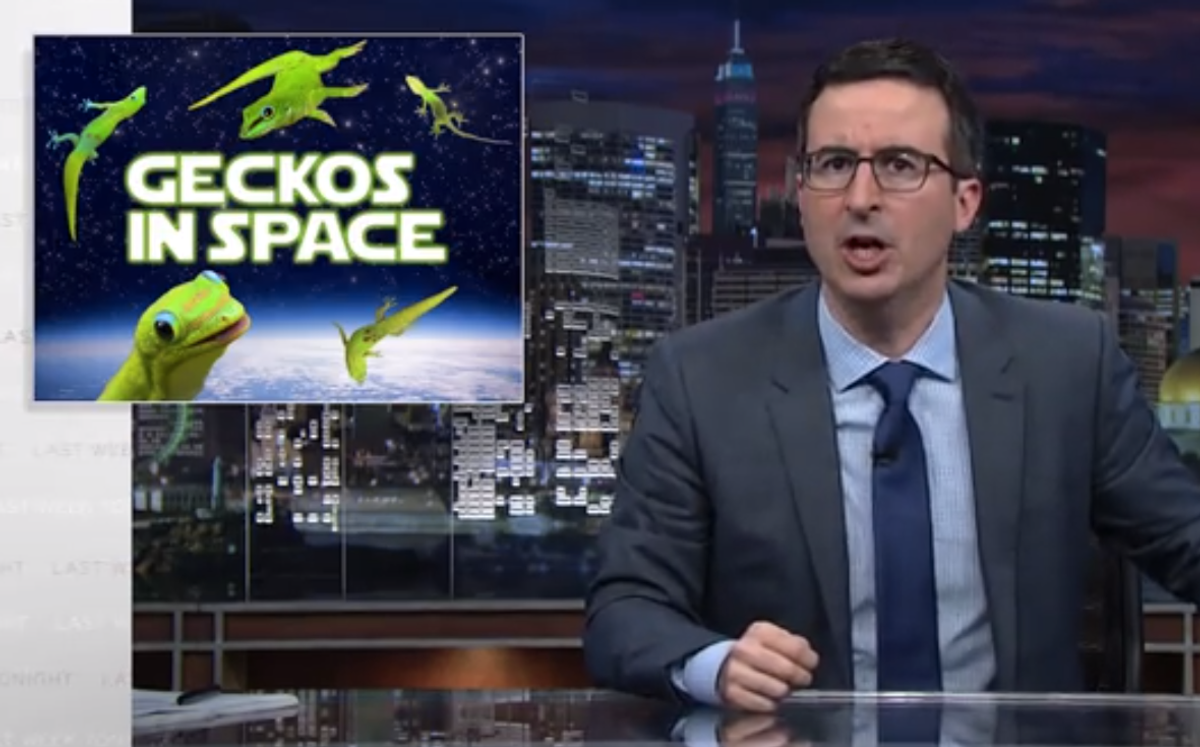 On "Last Week Tonight," John Oliver took issue with Russia and President Vladimir Putin, but not for the reasons you'd expect.

Last week Russia's Space Agency, Roscosmos, lost contact with a satellite containing five possibly mating geckos. "The engine of the Foton-M4 satellite, with several experiments on board, has stopped responding to ground control," BBC reported. The geckos on board are part of an experiment to see the effect of zero gravity on mating habits.

Oliver and a host of celebrities, including Patrick Stewart and Buzz Aldrin, demanded that Putin #GetThoseGeckos. Oliver even showed viewers how to write to Putin.

There has been a report that Roscosmos has made contact with the gecko satellite. "They're clearly lying," Oliver exclaims. Watch below: