"If humanity is going to be destroyed by a nuclear weapon, let's at least make sure it's intentional" 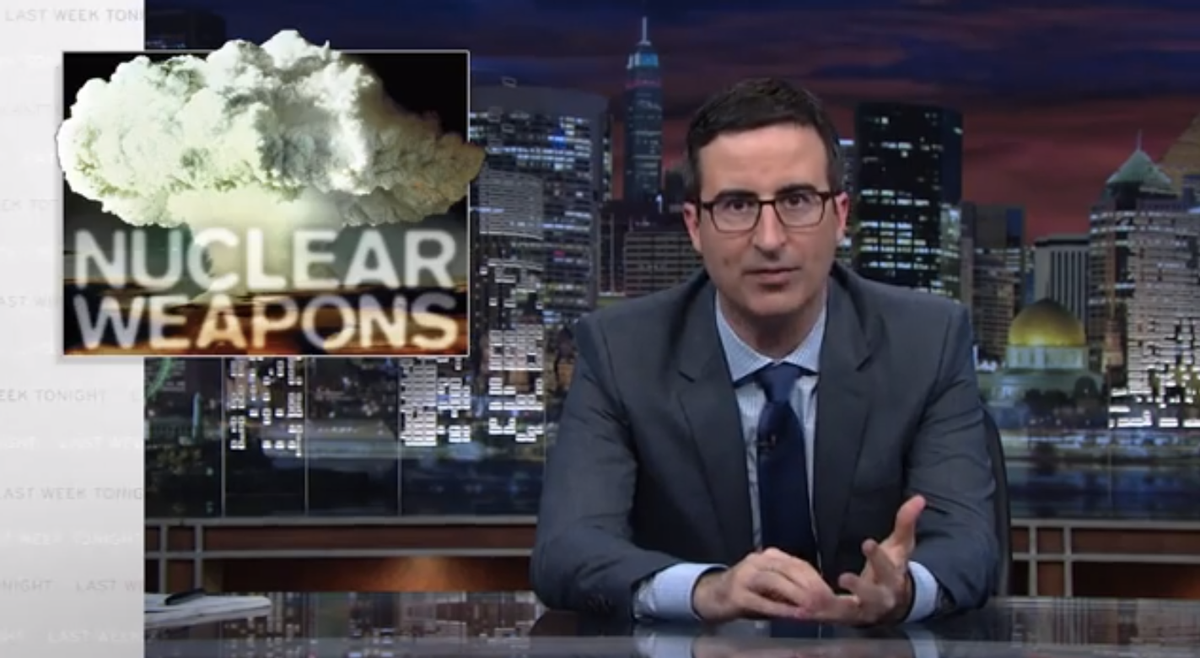 John Oliver, America's moral compass, has this week highlighted the poor conditions of America's massive nuclear weapon stockpiles. "Last Week Tonight" collected troubling reports from Wyoming, Montana and North Dakota that prompted Oliver to conclude that, when it comes to "safeguarding the deadliest objects known to mankind," turns out that we're not doing so well.

"It seems clear, at this point, that we have too many nuclear weapons to take care of them," Oliver stated, arguing that we should continue programs to get rid of them. "Nuclear weapons are basically like American's T-Rex arms. They're essentially useless, and you are plenty scary without them," he joked.

America's inaction to reduce nuclear weapons comes down to the two things most inaction comes down to, according to Oliver: politics, and that "people just don't give enough of a shit." (Maybe, after watching "Last Week Tonight," a few more will care?)

"All I'm saying," Oliver cried, "is that if humanity is going to be destroyed by a nuclear weapon, let's at least make sure it's intentional."