Col. Andriy Lysenko, spokesman for Ukraine's Security Council, said the plane was hit by shrapnel from a rocket 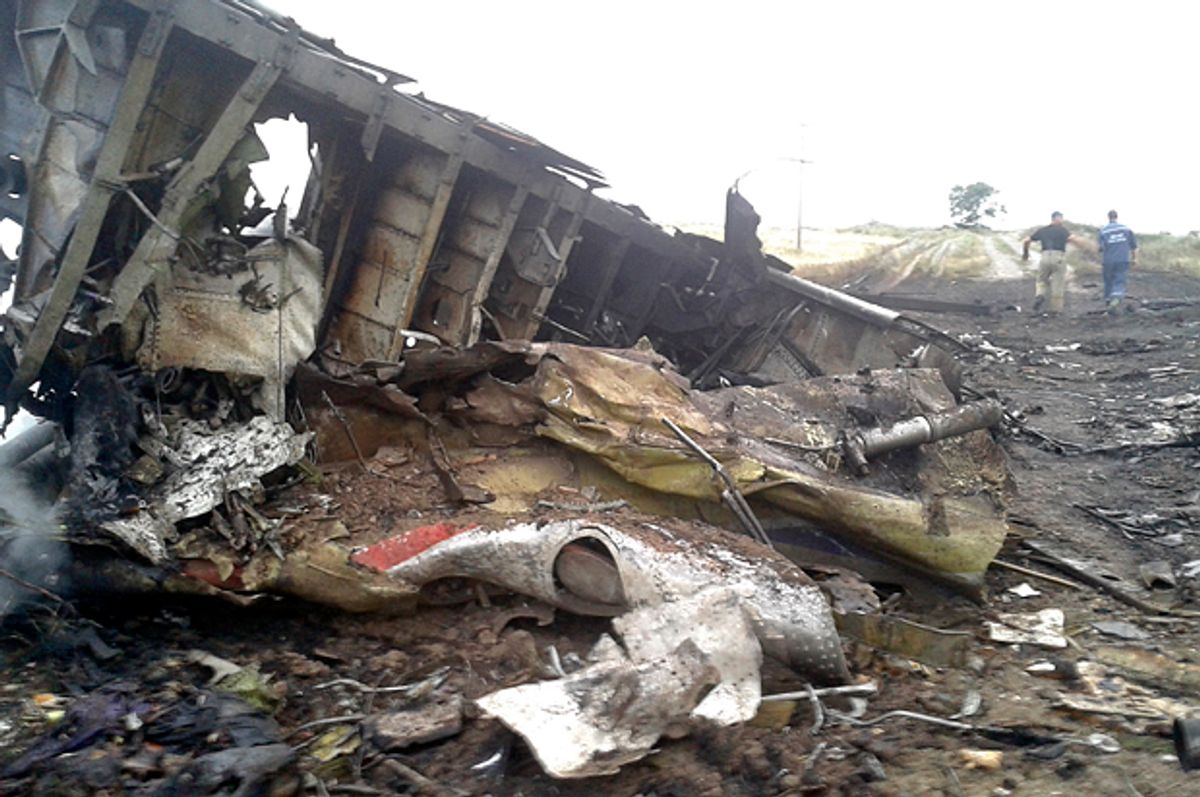 The site of a Malaysia Airlines Boeing 777 plane crash in the settlement of Grabovo in the Donetsk region, July 17, 2014. (Reuters/Maxim Zmeyev)
--

On Monday in Kiev, Col. Andriy Lysenko, a spokesman for Ukraine's Security Council, announced that according to analysis of the black boxes, Malaysia Airlines Flight MH17 went down due to "massive explosive decompression" after being hit with shrapnel from a rocket.

The Boeing 777's black boxes were retrieved by rebels in eastern Ukraine, where the commercial plane went down killing all 298 on board. Last week, the black boxes were handed over to Malaysian officials, and according to Reuters, they were being downloaded in the United Kingdom, and analyzed by international investigators.

Malaysia Airlines Flight MH17 was traveling from Amsterdam to Kuala Lumpur on July 17. The plane was traveling at 33,000 feet. Below its flight path, separatist conflict ensued between pro-Russian rebels and Ukraine.

U.S. officials believe the plane was shot down by a surface-to-air missile, according to the New York Times. However, it has not yet been confirmed who shot the missile. Ukraine, the U.S. and other Western officials believe that pro-Russian rebels are responsible, while Russia points a finger at Ukraine.