Were the dinosaurs doomed? Some say maybe not 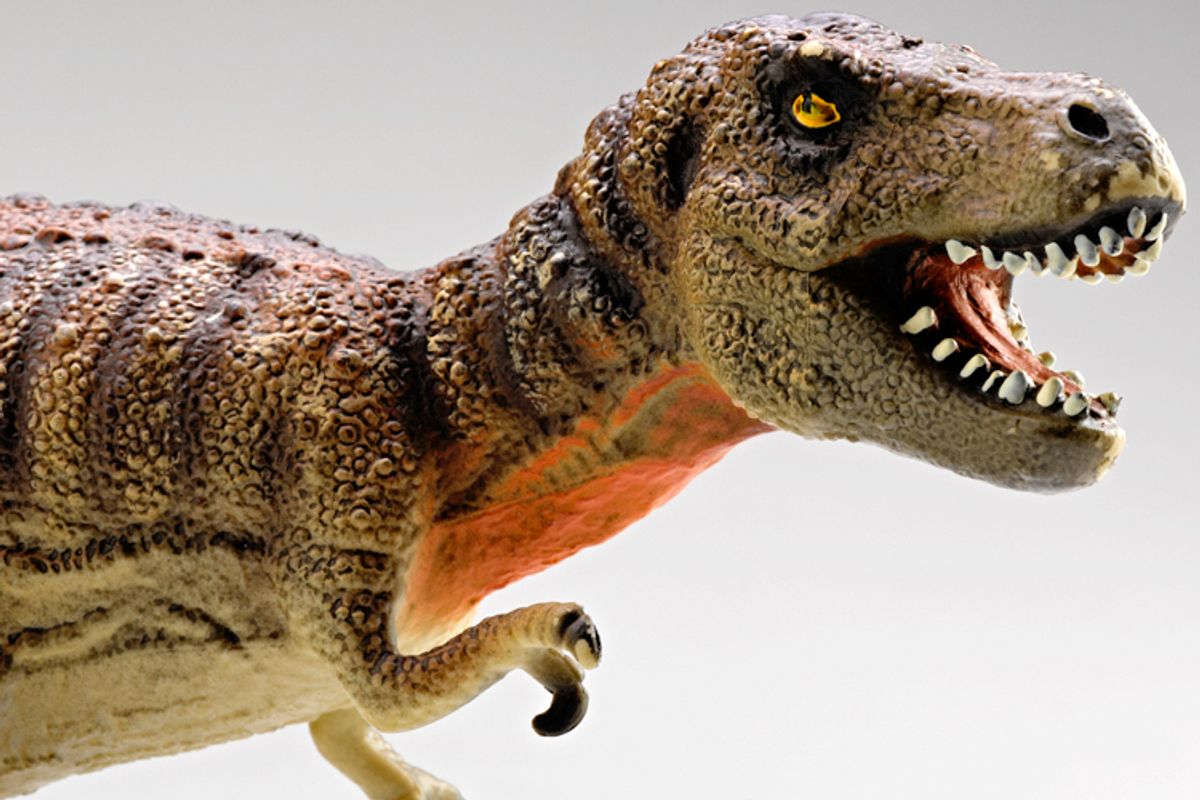 School children all learn how the dinosaurs disappeared: 66 million years ago, these enormous omnivorous ancestors dominated the planet until an asteroid (or comet) struck the Earth, wiping out the population and bringing about a mass extinction. If you were a dino living at the end of the Cretaceous period, you were pretty much doomed.

However, new research published in the journal Biological Reviews suggests that the dinosaurs may have been able to escape extinction if the asteroid had hit about a million years earlier or later than it actually did. This has to do with whether the population was declining or thriving at the time of the extinction, a question that has long divided paleontologists. While many groups were flourishing, the researchers found that two major groups of herbivores (the duck-billed dinosaur and a group of horned dinosaurs including the Triceratops) native to North America suffered greatly and their numbers declined.

An article in Nature illuminates why this might have hurt so badly:

There isn't much of a point to speculating about what could have been if brontosauruses still roamed the planet, but the study does illustrate the tenuous nature of existence and how human civilization is a happy accident that could be snuffed out basically for no reason at all. Let's all call our moms to say we love them.