Al Roker and Matt Lauer are really worried in "Sharknado 2" 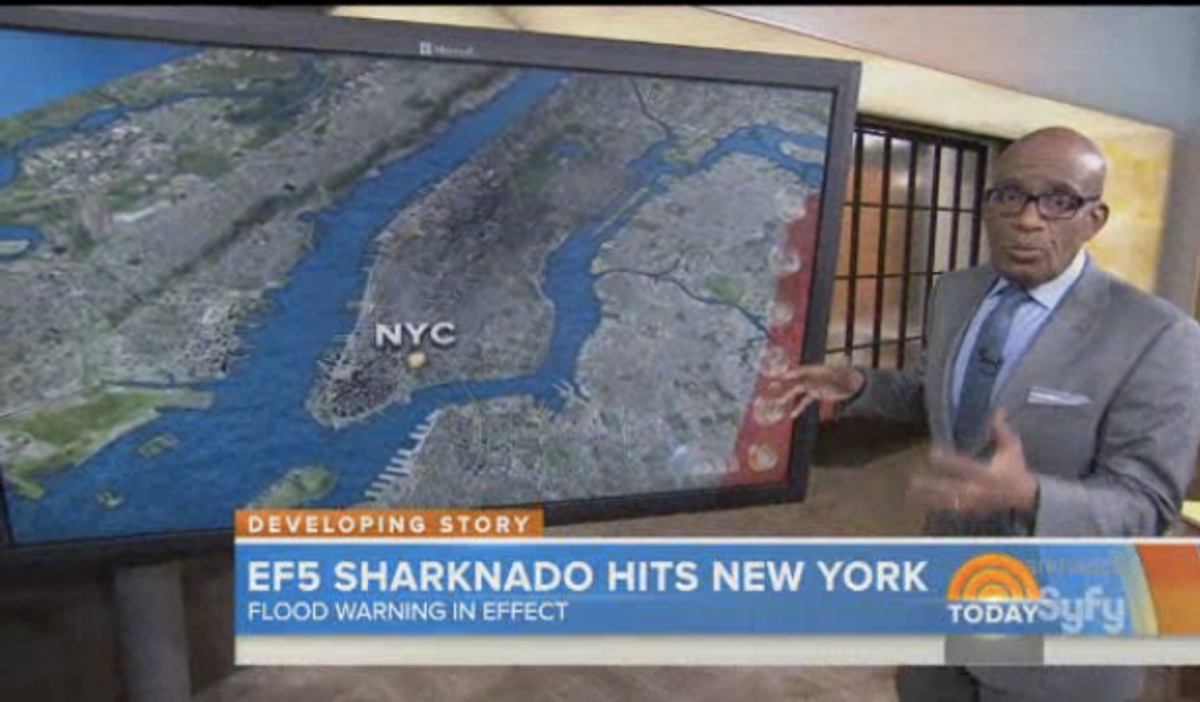 "Today" anchor Matt Lauer and weatherman Al Roker are in on the joke that is "Sharknado 2." The SyFy sequel about a tornado filled with sharks, which became an ironic, surprise hit (on social media, at least) last summer, is coming to New York City. Lauer and Roker play themselves in a brief cameo, which aired on the "Today" show Tuesday morning.