Gen. Keith Alexander stepped down from the NSA in March, now he's raking in the dough as a "cyberconsultant" 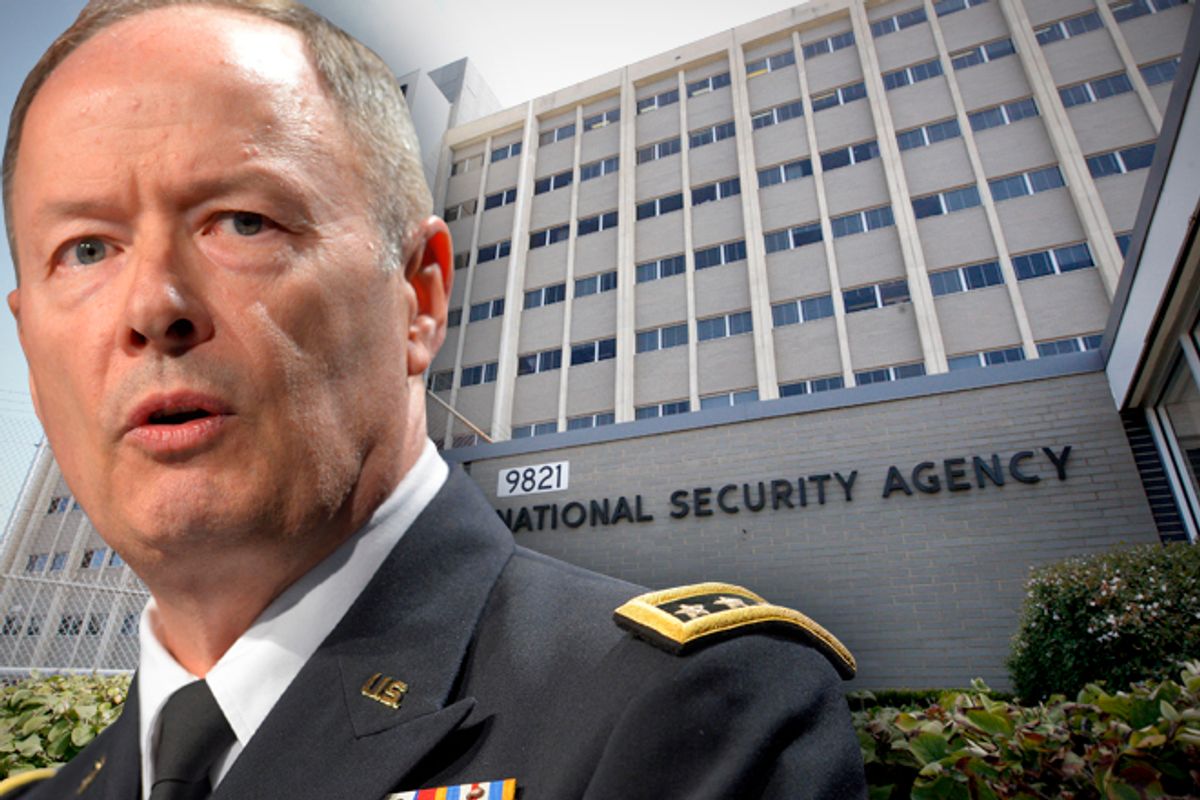 Four-star Gen. Keith Alexander left his dual post as head of the National Security Agency and chief of U.S. Cyber Command back in March. Alexander, if you need a refresher, was the NSA chief when former NSA contractor and whistle-blower Edward Snowden leaked documents revealing the agency's overreaching mass surveillance.

With a quick swish of the government-to-private-sector revolving door, Alexander is now peddling his knowledge of cybersecurity to banks. As a "cyberconsultant," according to Bloomberg, Alexander is making up to $1 million per month. He has even co-founded a private security firm, IronNet Cybersecurity Inc., the Verge reports.

Banks do face cyberthreats, and Alexander has spent time voicing these threats (before he was embroiled in scandal). Bloomberg reports:

"'Offensive cyber programs and capabilities are growing, evolving and spreading before our eyes,' he told the Senate Armed Services Committee in March 2013. 'They are particularly targeting our telecommunications, information technology, financial, security and energy sectors. They are exploiting these targets on a scale amounting to the greatest unwilling transfer of wealth in history.'"

The obvious issue is the aforementioned revolving door. According to Foreign Policy, the former NSA chief and IronNet Cybersecurity have formulated "unique" and "patented" technology. It is reported that he plans to file at least nine patents. Therein lies the problem.

Alexander has apparently already spoken to lawyers at the NSA to make sure that new patented technology was not too entangled with his former work at the NSA, for several reasons. The government still holds intellectual property rights for technology created while Alexander worked for the government, and to see if there were legal issues with Alexander profiting from technology influenced by his time at the NSA.

Regardless of how "unique" the technology is from his previous work, Foreign Policy explains, Alexander is inherently shaped by his nine years of experience with the NSA and U.S. Cyber Command -- knowledge of classified information, threats that a civilian might not even know existed, not to mention clout as the former head of a U.S. intelligence agency.