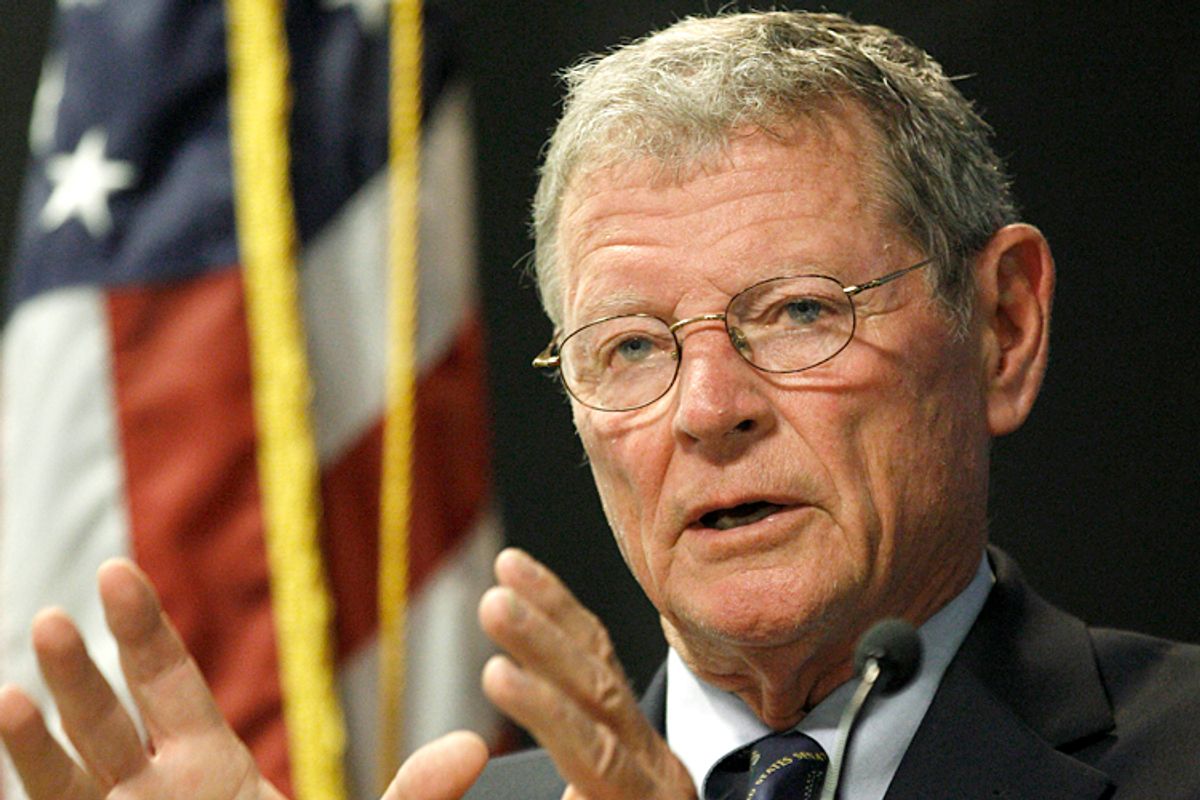 The U.S. Senate Monday failed to pass what should have been, maybe, the simplest resolution ever to come to the floor: an acknowledgment (an acknowledgment!) that climate change is a thing that is happening, and that it poses a risk to the United States.

Sen. Amy Klobuchar, D-Minn., who introduced the bill, insisted that she wasn't even trying to offer solutions -- she just wanted it acknowledged that "we know we have a problem."

But Sen. James Inhofe, R-Okla., climate denier extraordinaire (climate change, he's said, is "the greatest hoax ever"), went in for the block. According to the Times-Picayune, he argued that "the science isn't anywhere near as overwhelming as environmentalists maintain." (Wrong.) "What we should be doing is learning from the international community," Inhofe continued, citing Australia's repeal of its carbon tax. Officials there, he maintained, recognized that the tax "cost jobs and hurt families without helping the environment." (Wrong again.)

Senate Democrats were frustrated, to say the least. “All we wanted to say in this resolution is climate change is happening,” said Sen. Barbara Boxer, D-Calif., according to the Hill. “We can’t afford to sit around here debating whether climate change is real.”

Sen. Sheldon Whitehouse, D-R.I., accused Inhofe of living in an "alternate reality." But since the resolution required unanimous consent, that alternate, head-in-the-sand reality will now continue to be the reality that the Senate's stuck in.