Journalism under fire: America's freedom of the press is in danger 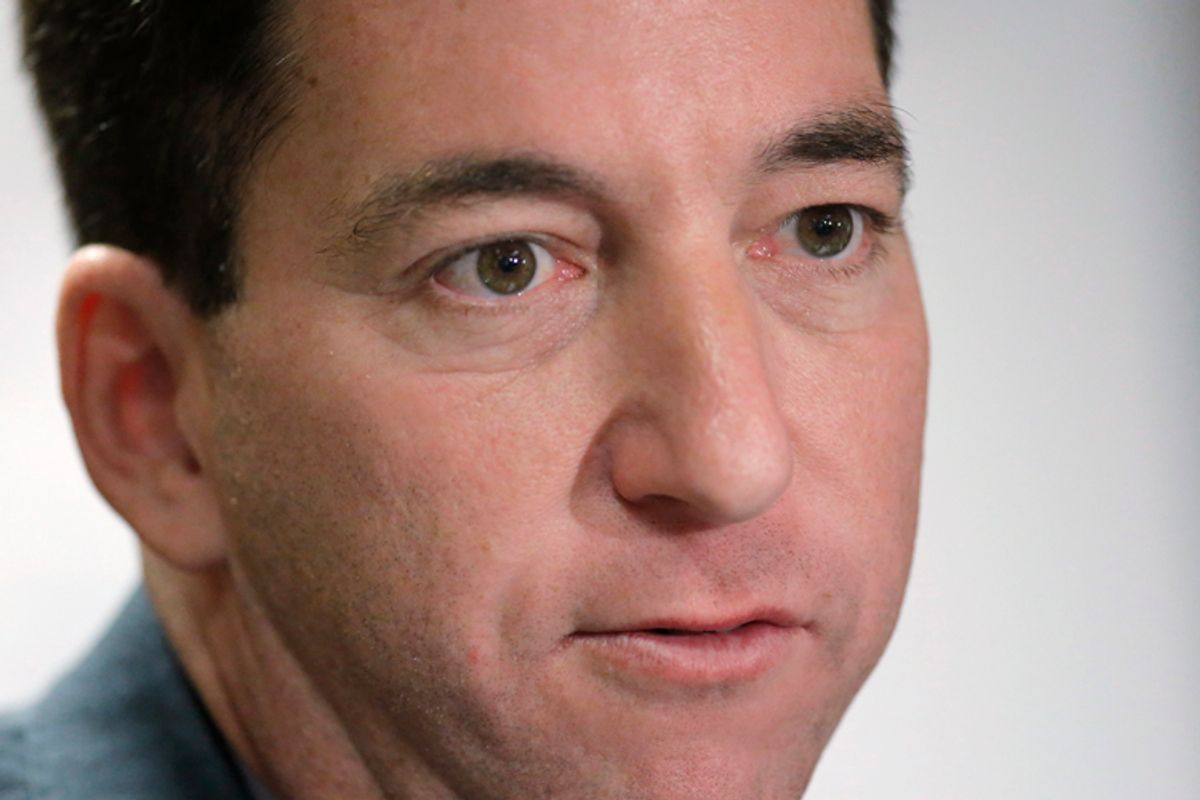 If there's one thing that civil libertarians across the American political spectrum tend to agree upon, it's that the Bill of Rights is a guiding document. It doesn't say everything but it says a lot. The various political factions do sometimes differ in their emphasis and interpretation, with the right's civil libertarians often tending to focus more closely on the 1st Amendment's establishment clause and the 2nd Amendment while the left-leaning civil libertarians take a harder line on freedom of speech and the 4th amendment. This is of course a sweeping generalization which can be disproved in dozens of individual cases, but for the sake of argument, it can probably be stipulated that those who concern themselves with the civil liberties enshrined in the Constitution all agree on the Bill of Rights' importance to our constitutional order.  And they tend to agree across the board, with equal fervor, on the necessity of a free press to a functioning democracy.

Therefore, civil libertarians of all political stripes should be deeply concerned about this comprehensive new survey of national security and intelligence lawyers and journalists from Human Rights Watch and the American Civil Liberties Union. Professionals in both these areas report a shocking decline in their ability to function properly in their constitutionally protected areas of concern. G. Alex Sinha, the author of the report warns that "The work of journalists and lawyers is central to our democracy. When their work suffers, so do we."

Human Rights Watch and the ACLU interviewed more than 50 journalists from outlets throughout American media and found a high level of insecurity and anxiety among them. They report that  journalists are having to adopt extreme, clandestine measures to protect sources, such as complicated encryption, burner phones and being forced to meet exclusively in person. One prominent reporter was said to be representative of the feelings of many when he explained that, “I don’t want the government to force me to act like a spy. I’m not a spy; I’m a journalist.”

Considering the reaction of many people in the government toward reporters involved in the NSA revelation, it's clear they have reason to be paranoid. There are government officials awho consider them to be spies and have said they should be punished as such. Even fellow journalists have brought up the question of "aiding and abetting" as if it's a legitimate line of inquiry.

The atmosphere of mistrust is also rampant within the government, as with the administration having cracked down on contacts between the intelligence community and issuing threats of legal action even before the Snowden revelations. The institutionalized, government-wide initiative called the Insider Threat Program could have any federal employee looking over his  shoulder and worrying that his innocent behavior might be construed as suspicious.

Here's a copy of the FBI's "Insider Threat Brochure" which is easily obtained with a simple Google search:

You too could be suspected of spying if you have a personal life crisis or career disappointment --- or show too much personal interest in a coworker...

And it's not just national security agencies that are subject to this program. They are in effect in departments as disparate as the Department of Education and the Peace Corps.

One can certainly understand why both government employees and journalists would feel that their ability to do their jobs is being adversely affected by this paranoid environment. And it's not just bad for them.  As Pulitzer Prize-winning Washington Post reporter Dana Priest explained:

What makes government better is our work exposing information. It’s not just that it’s harder for me to do my job, though it is. It also makes the country less safe. Institutions work less well, and it increases the risk of corruption. Secrecy works against all of us.

But the problem isn't just the attack on press freedom and a culture of suspicion within the government itself. Lawyers feel as if they are under surveillance by the U.S. Government as well. Attorneys increasingly have to rely on clandestine means to protect the attorney-client privilege, as if they too are spies who have to cover their tracks -- when, in fact, they are doing their constitutional duty by keeping their clients' confidentiality, a trust that has long been respected by the government but is no longer assured.

And it's not just national security lawyers having to deal with this breach of the attorney-client privilege.

According to the report, lawyers were also concerned that information obtained through these secret programs would be used against their clients, while leaving them no way to challenge the legality of the government's acquisition of it due to the state secrets doctrine which was once described by a federal judge as "a judicial construct without foundation in the Constitution, yet its application often trumps what we ordinarily consider to be due process of law" (among other modes of secrecy to which lawyers are not privy). This tracks with a more general cultural propensity to discredit defense lawyers, but it is particularly disturbing in these national security cases where we now know the government has developed a byzantine system to keep its secrets secure without many good results to show for its trouble.

Perhaps the most disturbing element of the report is the government's reaction. This comment from former NSA general Counsel Bob Deitz in particular is revealing:

Leaking is against the law. Good. I want criminals to be deterred. Does a cop chill a burglar’s inclination to burgle? Yes.

But as Scott Shane of the New York Times explained to the researchers, "burglary is not part of a larger set of activities protected by the Constitution, and at the heart of our democracy. Unfortunately, that mindset is sort of the problem.” Indeed, it is. The freedom of the press is right there in the Bill of Rights, and it wasn't put there solely so that newspapers could run underwear ads and comic strips. It was understood that a democracy could not flourish if the public were unable to judge its government's actions and behaviors. The free press is the instrument by which we are able to do that. If the press cannot obtain information from those who are privy to the inner workings of government, the ability of the people to make that judgment is seriously impaired.

This is a delicate balancing act to be sure. National security requires the government to have secrets. But the only way to assure that it does not abuse its vast capability is for the outside institution of the press to serve as a check on its power when it begins to do so. (Certainly, congressional "oversight" has shown itself to be inadequate as they too see themselves as subject to the same set of pressures that bear on the various security agencies.) The system is designed for a give and take in which each side asserts itself from time to time, within constitutional bounds, to maintain a reasonable equilibrium between the government's responsibility to protect the nation and the people's responsibility to know what they are doing so they can adequately judge the effectiveness an the price they are being asked to pay.

At the moment it is clear that the government, in thrall to new technologies that allow their capabilities to expand beyond anything they could have dreamed in the past, has gone too far. According the the report, the government representatives they contacted for comment seem not to have even considered some of the questions at hand or the tension their massive new capabilities create for a free society. And that alone proves the necessity for our legal system and a free press to do their jobs. It's messy and complicated, but it's the only way anyone's ever figured out to manage the twin needs of any society for both security an liberty in a world populated by imperfect human beings.