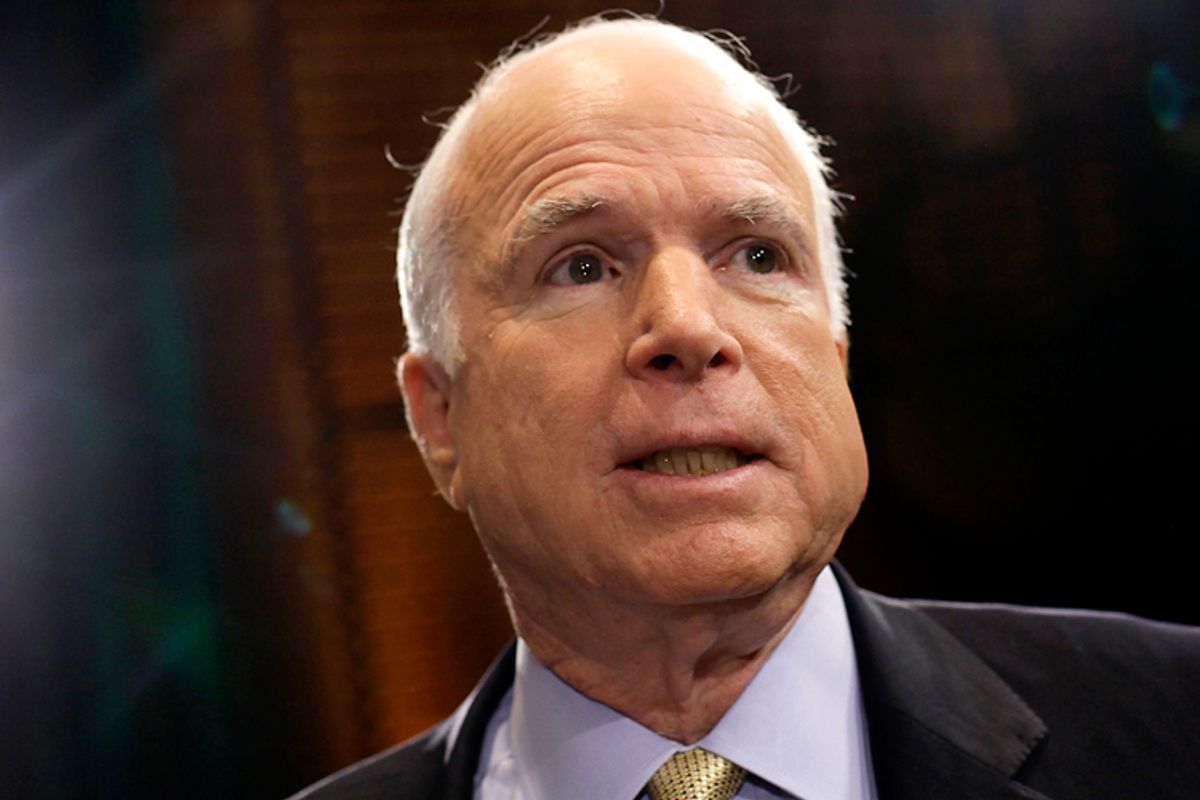 Speaking on a Phoenix-area radio show on Monday, leading Senate Republican and former GOP presidential candidate John McCain urged his fellow conservatives to stop organizing for the impeachment of President Obama, saying, "There just aren't the votes there even if we believed that [impeachment] was warranted."

"We're not going to impeach the president of the United States," McCain declared.

Besides arguing that it was politically impossible, the Arizona senator also tried to explain why impeaching the president would ultimately not work to the GOP's advantage. "I think the Democrats view it as a good way to raise money to use against us, and I don't want to let that happen," McCain said.

Shoring up his right flank, though, the oft-accused RINO was sure to argue that President Obama's expansion of executive power was dangerous and unprecedented. "I do believe the president has ... abused the executive branch in a way I don't recall any other president doing," McCain added.

He went on to endorse Speaker John Boehner's plan to sue the president rather than impeach him, a strategy many on both the left and the right have mocked as a kind of impeachment-lite.

You can listen to McCain's attempt to speak reason below: