"The only thing Eric Garner was brandishing was his black" 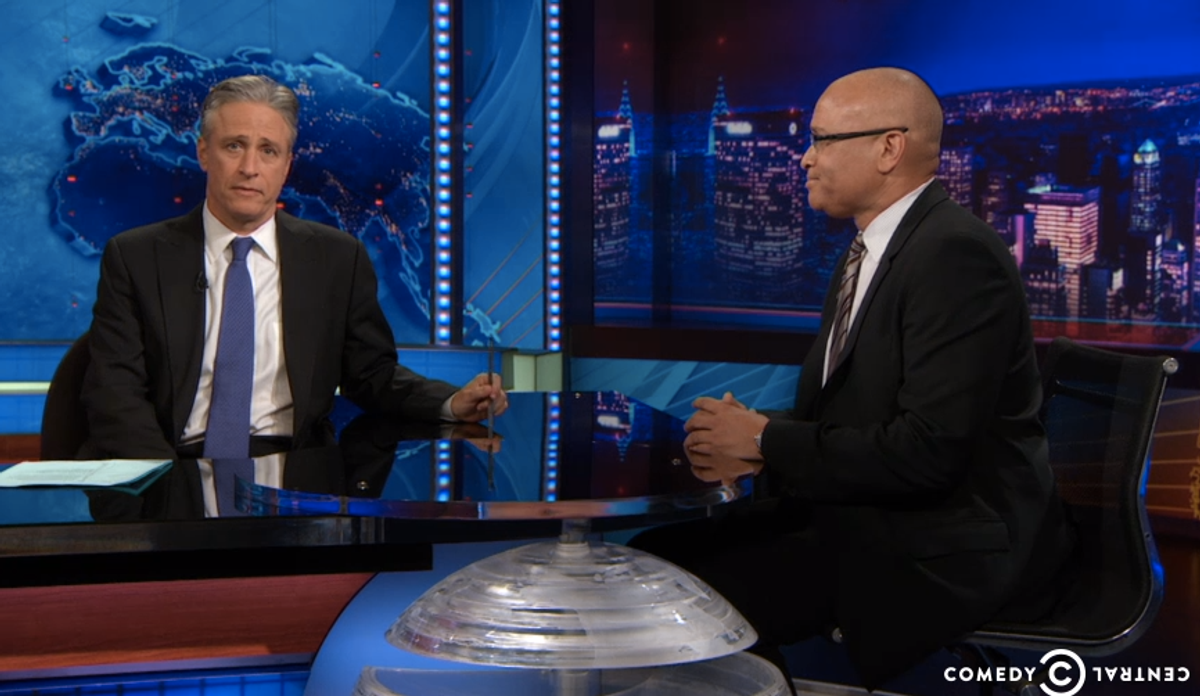 Larry Wilmore, future host of "The Minority Report" and current senior black correspondent for "The Daily Show," called out the NYPD for being racist following the death of Eric Garner. Police put Garner, a black Staten Island man alleged to be selling untaxed cigarettes, into a chokehold last week. The arresting officer ignored the complaint of Garner, an asthmatic who yelled, "I can't breathe!" He died minutes later.

Wilmore then compared the episode to a recent clip of a white man in Michigan who brandished a rifle during a stand-off with the cops -- instead of a chokehold, the video showed officers talking to him calmly. Wilmore concluded, "The only thing Eric Garner was brandishing was his black."