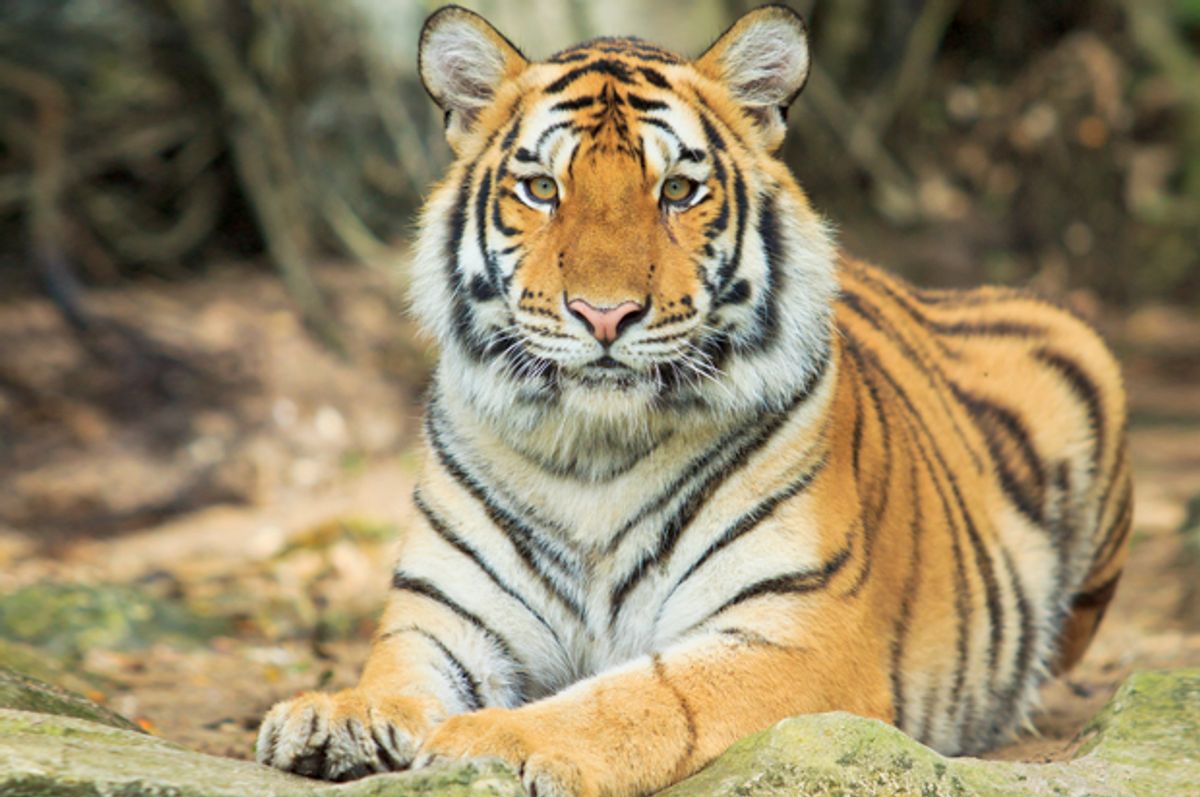 The U.K.-based animal protection charity Care for the Wild International has issued a plea for tourists to pass on opportunities to take selfies with tigers. The announcement coincides with International Tiger Day, a day of awareness, fundraising and celebration of the endangered animal.

In a statement, the charity's CEO Philip Mansbridge defends the request:

I know people will immediately think we're over-reacting or just out to spoil people's fun. But the reality is, one quick pic for you means a lifetime of suffering for that animal. If you really want that Facebook photo this summer, then I challenge you to do a couple things first -- check the animal still has its teeth and claws, check the conditions it sleeps in, check for marks where it's been beaten, and check where it's going to end up when it's no longer cute enough for photos.

The issue of wild animal selfies has been the subject of widespread media attention lately due to the deservedly viral Tumblr, Tinder Guys With Tigers.

Here's a tip: Don't mess with something that could rip you in half. The largest subspecies of tiger is the Amur, or Siberian, which can weigh up to 660 pounds. The smallest Sumatran tiger can grow up to 310 pounds, which is still a hefty football player, except with teeth, claws and general ill-will toward humans.

In just over 100 years, 97 percent of the population of wild tigers has been lost due to poaching and habitat loss. Now only around 3,200 live in the wild today.