Stephen Colbert gets to the heart of Beck's music: "Why Beck sad?" 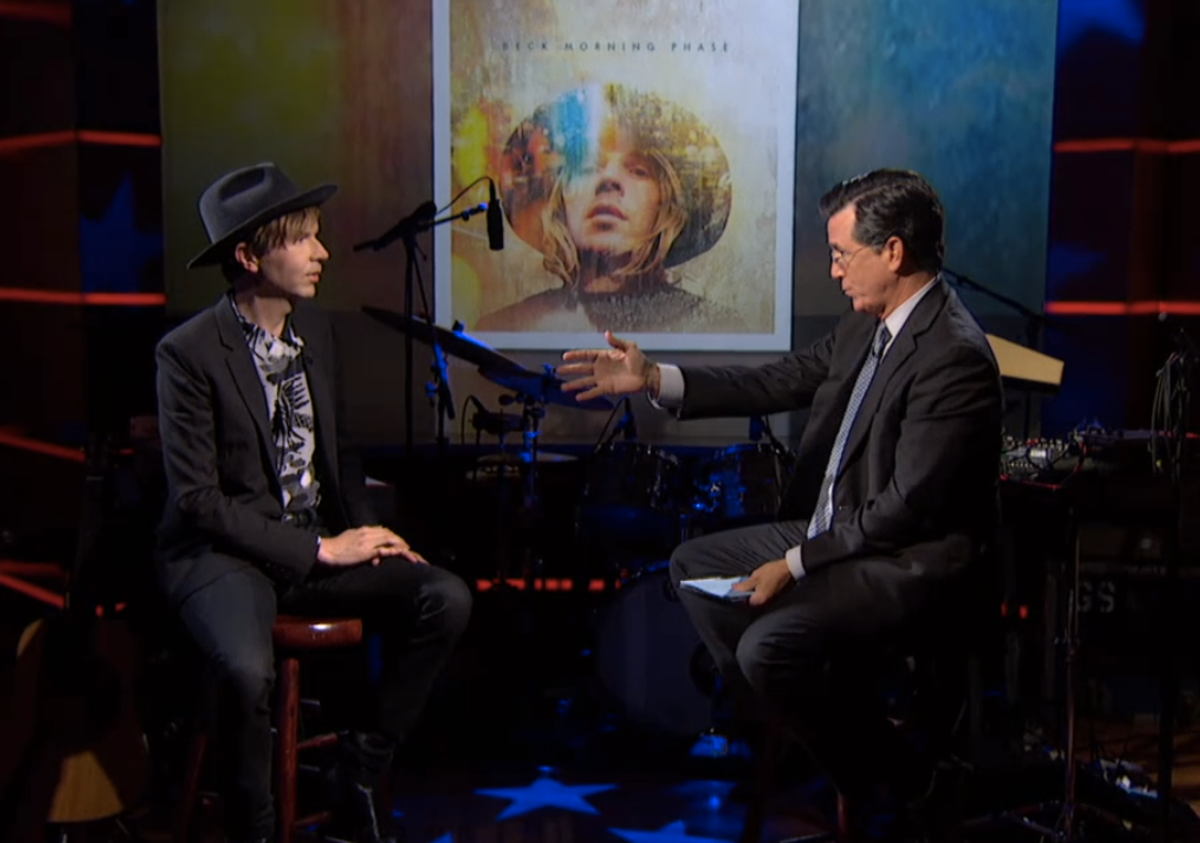 Beck graced the stage of "The Colbert Report" on Monday, playing not just one, but two songs -- one from this year's "Morning Phase" and the other from new album "Song Reader."

The musician also sat down with Colbert to discuss his music, and Colbert got to "the heat of the meat." Colbert asked why Beck jumps around so many styles of music, and eventually has the artist describe his sound.

The two also discussed the album "Song Reader," which is out July 29. The album was originally released as sheet music, and it has now been recorded by various artists including Pulp's Jarvis Cocker, Wilco's Jeff Tweedy, Jack White, Jack Black and more.

"Were a lot of your fans coming up to you and saying, 'I love your music, I just hate you playing it?'" Colbert asked. Beck stated that Tweedy and White were better at recording his songs, to which the audience heaved a huge "awww."

"The Heart is a Drum"