And gloated about the experience on Monday night's program 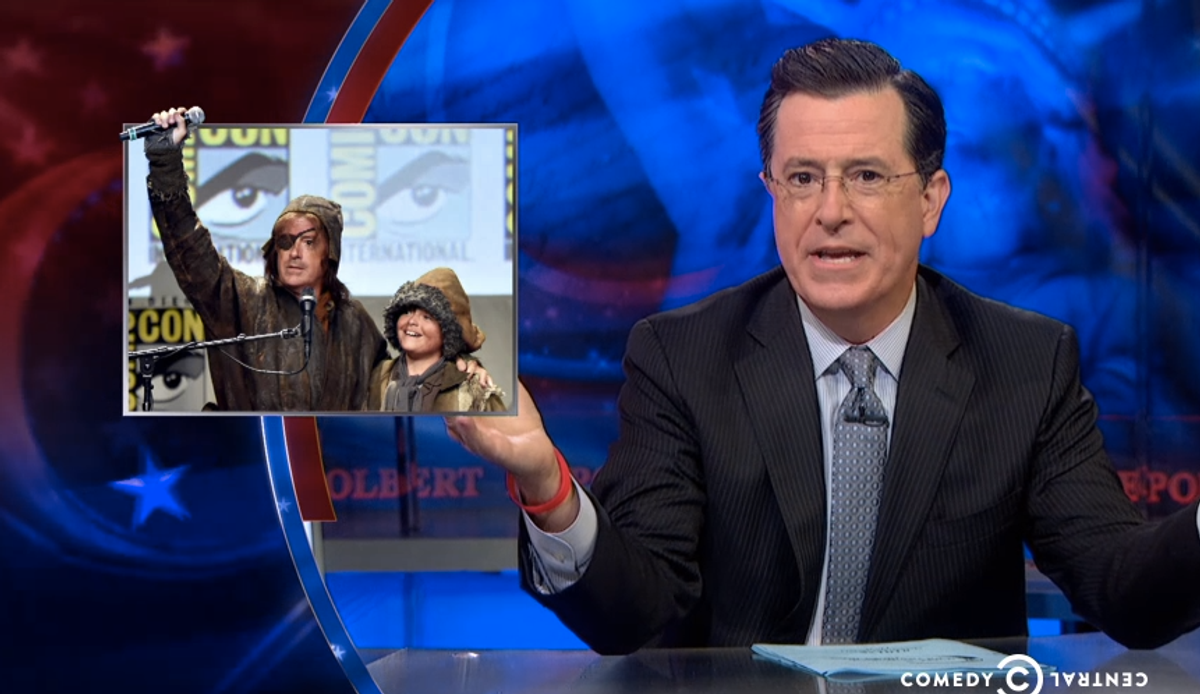 Check out Vulture for Colbert's full speech, in which he talked about how the movies have become part of the "Lord of the Rings" canon and mean as much to him as the books:

And then the movies broke upon the world, and to steal a line from C.S. Lewis, “Here were beauties that pierced like swords and burned like cold iron.” Here were movies that would break your heart, good beyond hope. And rather than take away our treasure, Peter and Fran Walsh and Philippa Boyens and Richard Taylor and Grant Major and Dan Hennah and the cast and the crew and WETA Digital and the land and the people of New Zealand itself added to our stories, complemented our imagination. The only problem, as I saw it, was that at a total running time of eleven and a half hours, they were too damn short.

[Tossing his fake hair behind his shoulders] This must be how Orlando Bloom feels all the time.

We wanted more! And though we had to wait nearly a decade, our patience was rewarded with the cast and creative team we love and trust, and we were invited back to Hobbiton, to Rivendell, across the misty mountains cold, through water, wood, and hill, by reed and willow, to finally come face to face with the beautiful but dangerous silver-tongued villain of "The Hobbit" … the Laketown spy.

He recounted the glory of the experience on Monday's "Colbert Report":