He is cowering in fear, and it is hilarious 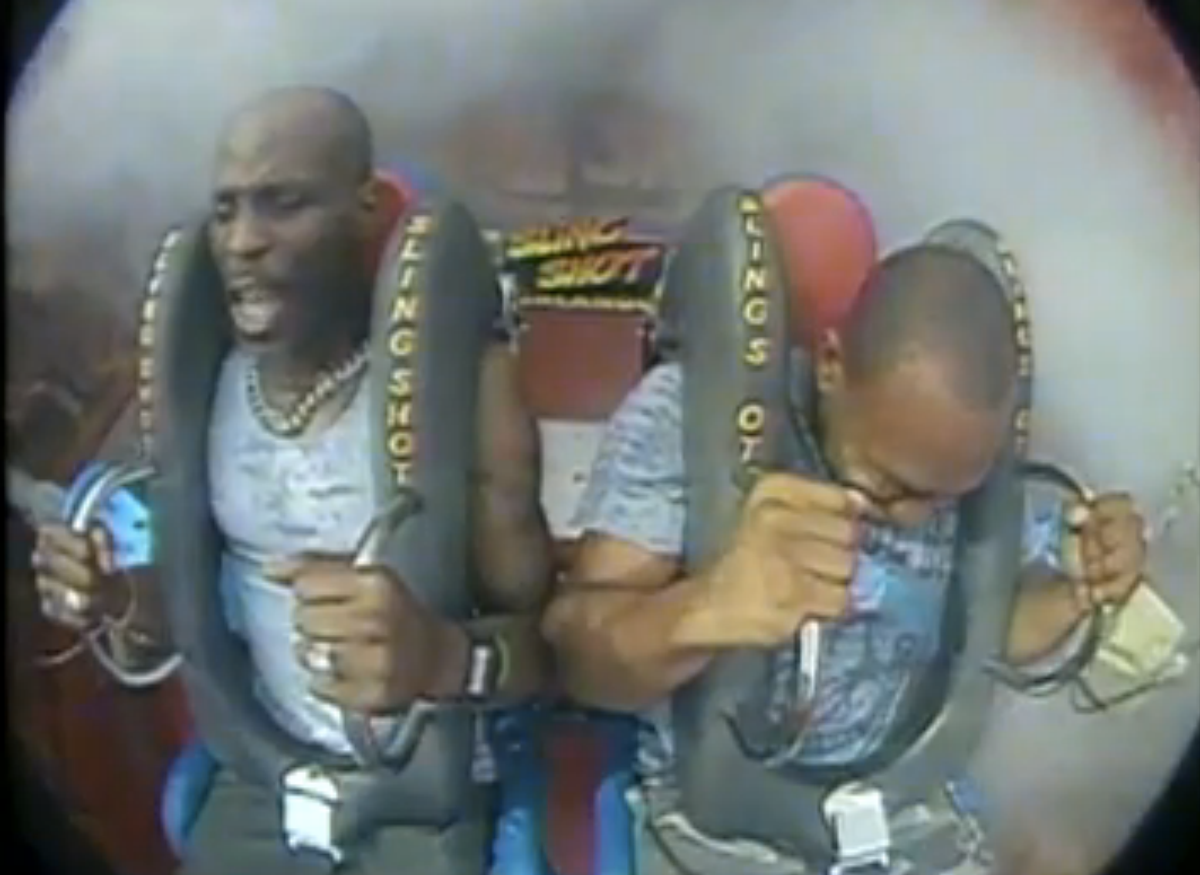 Kevin Hart's fear of roller coasters is nothing in comparison to DMX's frantic, hair-raised, scared-senseless, I-just-saw-Jack-the-Ripper's-ghost-level mania caused by the Sling Shot coaster in Disney World. "THIS IS SCARY SHIT! THIS IS SCARY SHIT!" yelled the rapper in a video released by TMZ.

How would DMX, who is also notably in awe of the Google, react to other things scary only to old people or little kids: like a routine dental examination? Or an encounter with Oculus Rift? Or to the monsters living under his bed? This video is proof that we need another DMX reality TV show. Now.