4 reasons you should never ask a woman why she's single

The question is more loaded than people realize. Here's why you should avoid it altogether 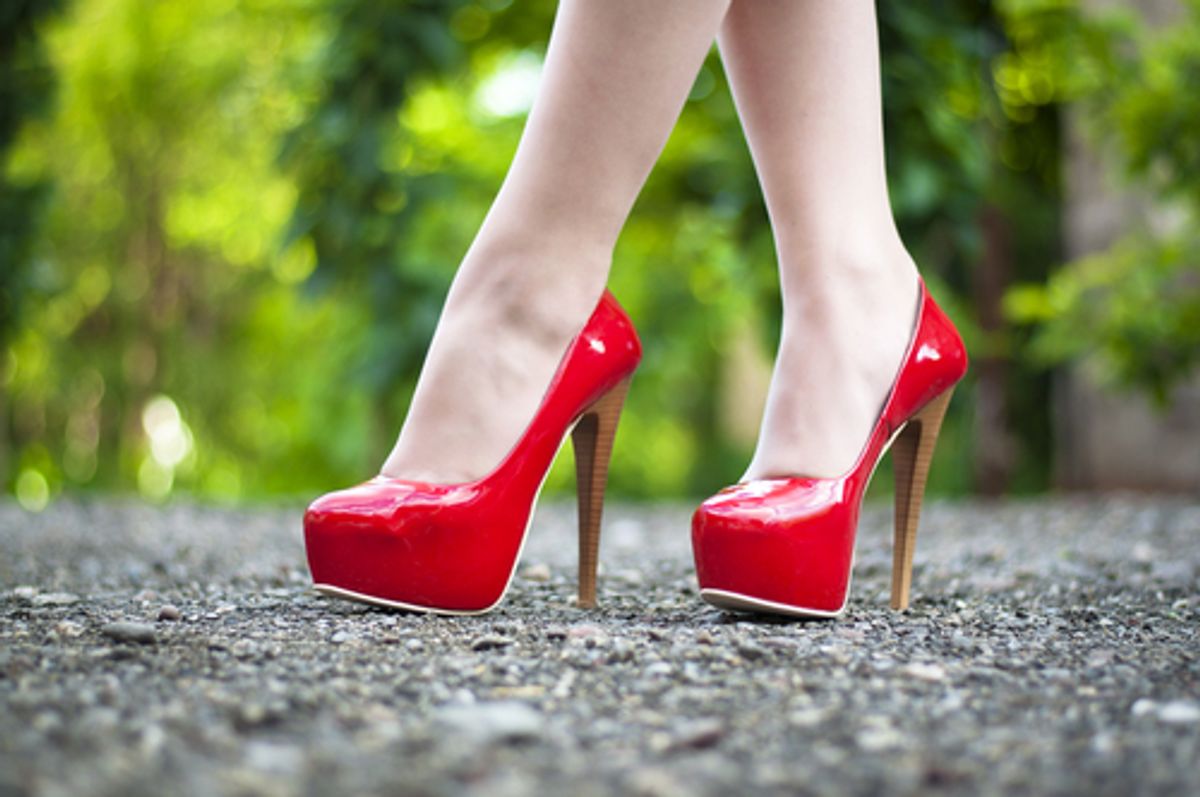 There’s some weird stuff that I’m expected to take as a “compliment” in our society. For instance, when men on the street shout at me about my breasts. Or when someone gropes me at a party. Or, on the milder side of things, when a man asks me why I’m single.

Single women on dating websites or out in the offline world are probably familiar with this question, posed by an admiring or perhaps slightly suspicious man: “Wow, someone like you, single? How could that be?” The implication is either that the woman in question is so stupendously amazing that it just goes against the very laws of nature for her to be single—or, much less flatteringly, that there must be something “wrong” with her that she’s not revealing that explains the singleness. Or, in a weird way, both.

Earlier in my adult life I might’ve found this endearing, but now I just find it irritating. Here’s why.

1) Only women are ever asked this question.

I know, that’s a general statement; I’m sure some man is going to read this and recall a time when he was asked that question and then think that that invalidates the point I’m about to make. It probably happens. But it’s women who are overwhelmingly asked to justify their single status. Why?

Part of it is probably that being single is more stigmatized for women than for men. Now, not having sex—or, worse, being “a virgin”—is more stigmatized for men than for women. But when a man is single, the assumption is generally that he’s having a great time hooking up with tons of (probably attractive) people. When a woman is single, the assumption is generally that she’s pathetic, miserable, and broken—probably spending her free time sobbing into her ice cream while watching old romantic films. Our collective image of “single woman” is not someone who has tons of fun casual sex and doesn’t care for a boyfriend or girlfriend. It’s also not someone who isn’t really into romance or sex and prefers to spend her leisure time on other things.

Another part of it is this weird pedestal we put women on in our culture. (You know, “the fairer sex” and all that.) Some people mistakenly think that this is feminism. It’s not, though. It’s just putting pressure on women to be Perfect, Ethereal Beings who occasionally deign to bless the lowly men with their attention. Not only does this prevent people (especially men) from seeing women as, you know, actual human beings, but it’s a pedestal to which very few women actually have access. Women of color are never seen this way. Disabled women are never seen this way.

Presuming that an awesome woman must have a partner while an equally awesome man does not entails putting women on this rarefied and useless pedestal.

2) This question presumes that we don’t want to be single.

Plenty of people of all genders are single and would rather not be—but plenty are just fine with it. “Why are you single?” Because I want to be? Because I haven’t met anyone who’s made me want to change that? Because I don’t really care and have other things to concern myself with right now? Who cares?

3) This question implies that people who are awesome (by some standard) deserve to have a partner.

Nobody deserves or is entitled to anyone’s romantic or sexualinterest. When you incredulously ask a cool girl how she could possibly be single, the implication there is that how dare anyone not recognize her coolness for what it is.

Sometimes really awesome people are single even though they don’t want to be. This sucks. There doesn’t have to be a reason for it, though. Sometimes meeting the right person is just a matter of luck, of being in the right place at the right time, of neither of you currently being in the midst of a shitty breakup or about to leave the city for three months for an internship or way too stressed with work to be able to keep any of your planned dates.

The dating self-help guides don’t want you to know this. Not only do their writers make more money if they manage to convince you that there are Ten Incredibly Easy Steps To Finding The Love Of Your Life, but it’s comforting for virtually all of us to believe that everything happens for a reason, and if it’s not happening, well, there’s a reason. Often there isn’t. Often it’s just a matter of being patient, doing cool things, and meeting lots of people.

That’s why the best dating advice is probably to 1) try to become the sort of person you’d want to date but also 2) do cool things and meet lots of people and one day you may end up on one of those dates that you’ll end up telling everyone you know about for years and years to come.

4) Or, on the flipside, this question can also imply that there must be something wrong with you, or else you wouldn’t be single.

For starters, that’s just mean. I’ve gotten those messages on OkCupid, too. “You look like that and you’re single, huh? Must be something you’re not telling me about…” There are plenty of things I don’t tell you about, random guy. None of them have to be “the reason” I am single.

I reject the notion that people are only ever single because there’s something wrong with them. As I mentioned above, sometimes it’s about luck and timing more than anything else. Sometimes people have traits, preferences, or interests that make them unsuitable partners for the vast majority of people—but not for the type of person they’d like to date.

In fact, I suspect this is true of most people; we just don’t think about it that way. For instance, my feminism and independence makes me a terrible partner to most guys and even some women. I’m not what a lot of people have been brought up to expect in a girlfriend. There have been periods of my life when I was single because I couldn’t find anyone for whom this was not a dealbreaker. That’s what was “wrong” with me.

So what? I wasn’t interested in anyone who didn’t admire my feminism and independence, let alone “accept” it in a partner. I was happy being single because the alternative would’ve been to be miserable in a relationship with someone who wasn’t a good fit for me, and for whom I was not a good fit either.

Of course, sometimes people do have traits that make them unsuitable for virtually everyone as a partner. An inability to respect consent is one of them. However, I’d expect that if you come across someone who clearly can’t respect consent, you won’t be flirtatiously asking them why they’re single. you’ll be boarding the nope train and clicking away from their OkCupid profile.

So instead of asking someone why they're single, find a better pickup line. Better yet, focus less on “lines” and more on getting to know the people you want to date.

Miri Mogilevsky is a social work student who loves feminism, politics, New York City, and asking people about their feelings. She has a B.A. in psychology but will not let that stop her from getting a job someday. She writes a blog called Brute Reason, tweets @sondosia, and rants on Tumblr.