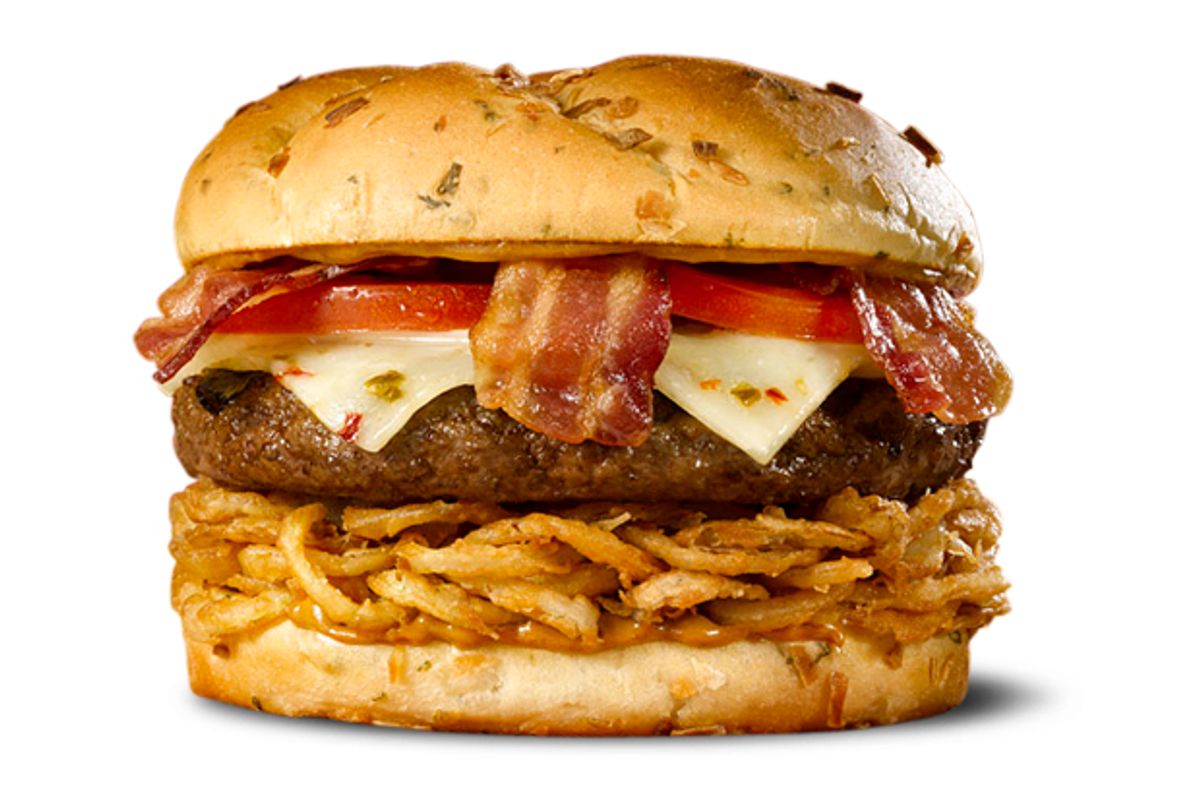 It's an honor that no restaurant wants to win. (Although, if we're being honest, most probably take perverse pleasure in receiving it.) Awarded annually by the Center for Science in the Public Interest, the Xtreme Eating Awards single out the biggest and baddest of unhealthy menu items -- entrees, platters and desserts that can top 3,000 calories, and which come packed with enough fat, sodium and sugar to (arguably) kill you outright.

In a way, the "winners" seem to be almost unfairly singled out -- it's not like anyone who orders Red Robin's A1 Peppercorn Burger with Bottomless Steak Fries and a Monster Salted Caramel Milkshake doesn't know what they're getting into. And does anyone really go to the Cheesecake Factory, a restaurant whose name references one of the most fattening types of dessert and the industrialized food system, and expect to have a light lunch?

Still, when one "small" deep dish pizza can be equated to three personal pepperoni pies from Pizza Hut -- themselves each more meal than you probably ever need -- it seems fair to argue that chain restaurants have passed the point of self-parody. As CSPI dietitian Paige Einstein put it, "it’s clear that caloric extremism still rules the roost at many of America’s chain restaurants.”

The nine meals deemed biggest and baddest are broken down below: