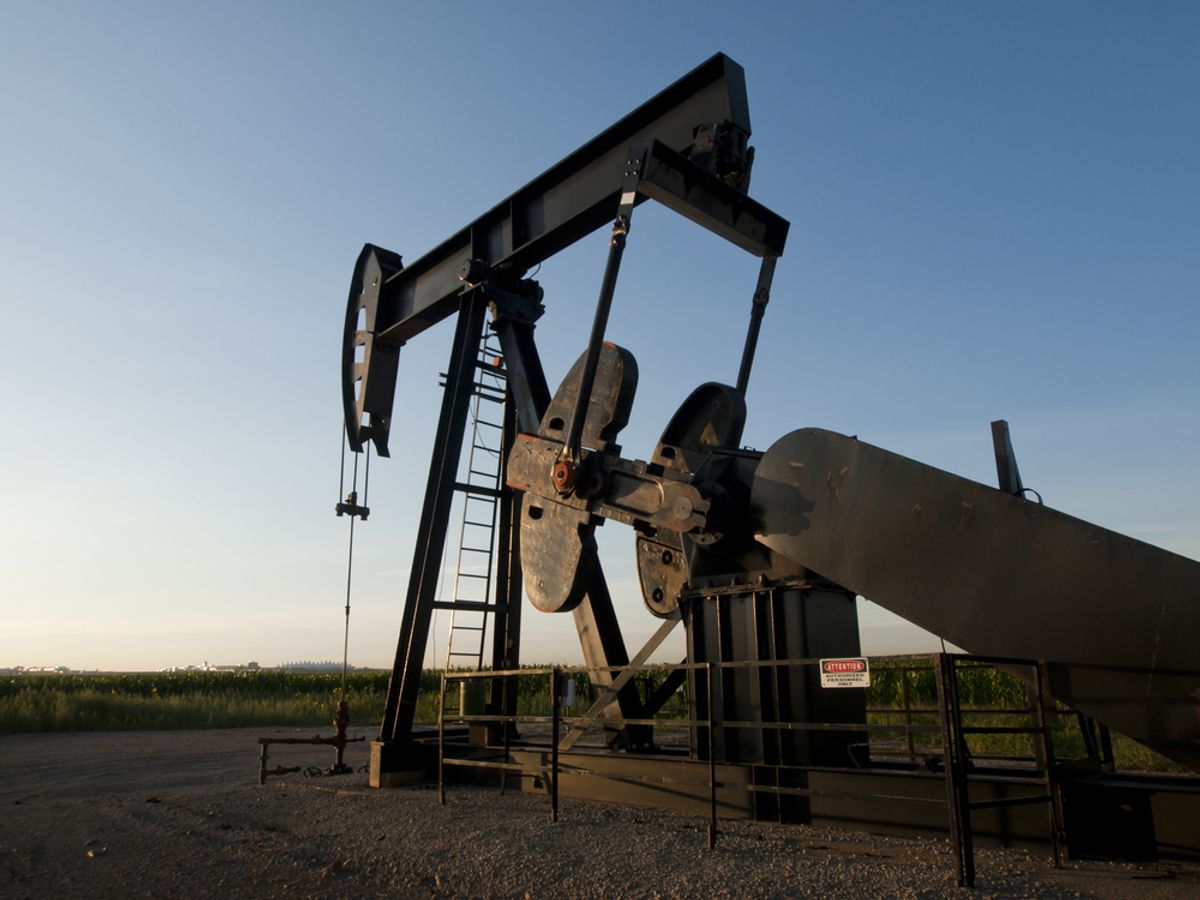 As oil and gas operations ramp up in Colorado, spills, too, are having their heyday. In the year 2014, according to a Denver Post analysis, they're occuring at a rate of two per day. It's perhaps an inevitable facet of life in a state slated to be the next North Dakota, and yet residents, some of whom have industrial drilling occurring "right over the backyard fence," never end up hearing about many of them.

Using data from a Colorado Oil and Gas Conservation Commission (COGCC) database, the Post calculated that 521 spills have been reported this year, a number already set to break 2013's grand total of 577 (the commission, citing an "accounting error," amended 2014's running total down to 467). The state has a detailed set of rules for when companies need to report the incidents to officials or people whose property is directly affected, but there's no system in place for generally alerting the public, or even the people who live nearby.

And there's good reason to think people would want to know about this sort of thing: According to the analysis, 142 of the nearly 2,500 spills reported since January 2010 contaminated surface water, and at least 375 contaminated groundwater -- potentially accelerating the spread of contaminants. Of the 177 cases in which liquids were spilled just since this past May, one flowed into a river. The Post highlighted a few examples of recent spills that are particularly worrisome:

• More than 7,260 gallons of crude oil and condensate spilled into the Poudre River a half mile east of Windsor, upriver from Greeley, after spring waters hit Noble Energy facilities along the river. A broken valve on a 12,600-gallon storage tank may have caused the spill, which Noble reported on June 20.

• About 294 gallons of oil spilled from Bonanza Creek facilities on Colorado State Land Board property that serves as wildlife habitat, 6.7 miles east of Kersey about 900 feet from the South Platte River. "A separator dumpline" split open, causing the spill. Bonanza crews used vacuum trucks to suck up 210 gallons. Company officials said none reached the river. The oil contaminated groundwater and Bonanza crews were excavating soil from a hole about 90 feet by 35 feet by 6 feet deep.

With more drilling -- there are now over 52,000 active wells operating throughout the state -- more spills may be, to an extent, unavoidable, and officials argue that the numbers actually reflect their commitment to safety and transparency. "It is anticipated that spill report numbers will increase due to the lower reporting thresholds, the ongoing increase in the number of producing wells, and the COGCC's increased attention to enforcement," state deputy director of natural resources Bob Randall told the Post. But two a day is still a lot, and regulation is bound to continue to be an issue. At the ballots this fall, some predict residents will push for regulatory power to be put in the hands of local municipalities instead of the industry-supported COGCC.

In the meantime, locals are going to have to trust that the spills they might not even be aware of are getting cleaned up. "We hear a lot from the industry about how they want to build trust," commented Conservation Colorado executive director Pete Maysmith. "That's been an industry talking point. Are they ever going to succeed in building trust? A starting point would be full and transparent communication — including when that is bad news like a spill."