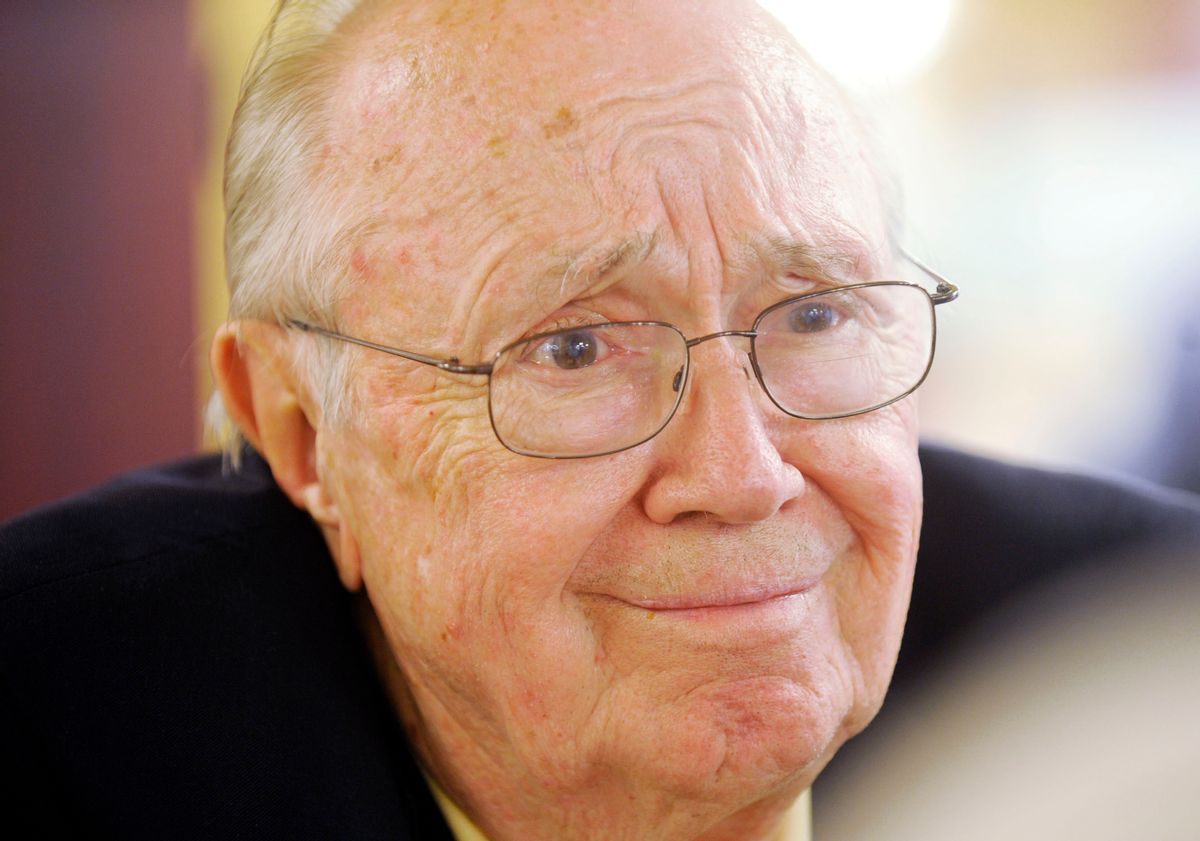 FILE - In this May 21, 2009 file photo, Theodore "Dutch'' VanKirk visits a veteran's group at the Golden Corral in Macon, Ga. The navigator for the Enola Gay spoke about his experience guiding the aircraft that dropped the first atomic bomb. Tom VanKirk says his 93-year-old father died at the retirement home where he lived in Georgia on Monday, July 28, 2014. He was the last surviving member of the Enola Gay crew. (AP Photo/The Macon Telegraph, Beau Cabell, File) (AP)
--

ATLANTA (AP) — Theodore "Dutch" VanKirk flew nearly 60 bombing missions, but it was a single mission in the Pacific that secured him a place in history. He was 24 years old when he served as navigator on the Enola Gay, the B-29 Superfortress that dropped the atomic bomb over the Japanese city of Hiroshima on Aug. 6, 1945.

VanKirk's son Tom VanKirk says his father died Monday of natural causes at the retirement home where he lived in Stone Mountain, Georgia. He was 93.

Theodore VanKirk told The Associated Press in a 2005 interview that he thought the bombing was necessary because it shortened the war.

But he also said the experience made him wary of war — and that he'd like to see all of the world's atomic bombs abolished.