"The Daily Show" has raised $4.3 trillion to buy CNN, and now it's time to decide its future programming! 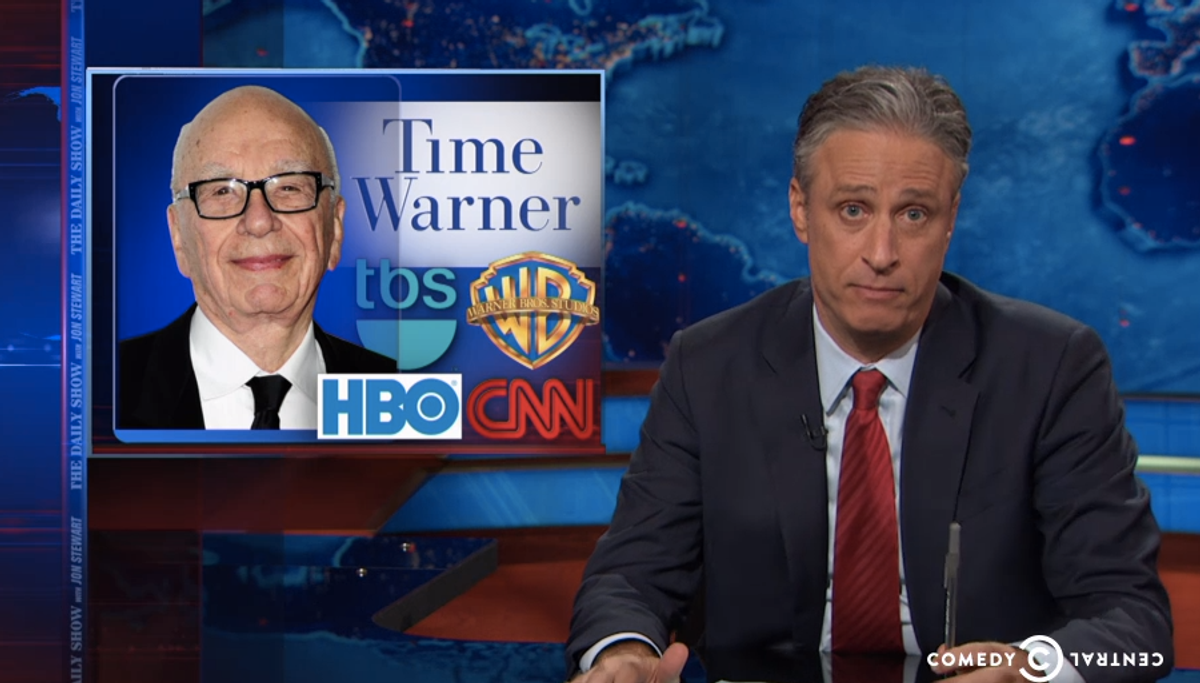 Had Rupert Murdoch, the villain from every dystopian novel ever, succeeded in his bid for Time Warner, CNN would be up for sale. This inspired Jon Stewart to crowd-fund a bid to buy the network, his favorite network about nothing.

On Tuesday, he shared an update: Having raised $4.3 trillion legitimate dollars, Stewart's fictitious Kickstarter is doing quite well! So well, in fact, that it's time to consider what future programming the embarrassingly vapid news network could air. Over the years, Stewart has pitched many, many ideas to CNN, including "The Incredibly Awkward Social Situation Room," "Lemon Harangue," and "Yo CNN Snaps!" On Tuesday night, Stewart turned to social media -- if "The Daily Show" is going to buy CNN, it'll need to fill 24 hours with nonsense, and coming up with shoddy premises is exhausting.

Stewart launched #NewCNNShows on Twitter, kicking it off with some suggestions of his own: