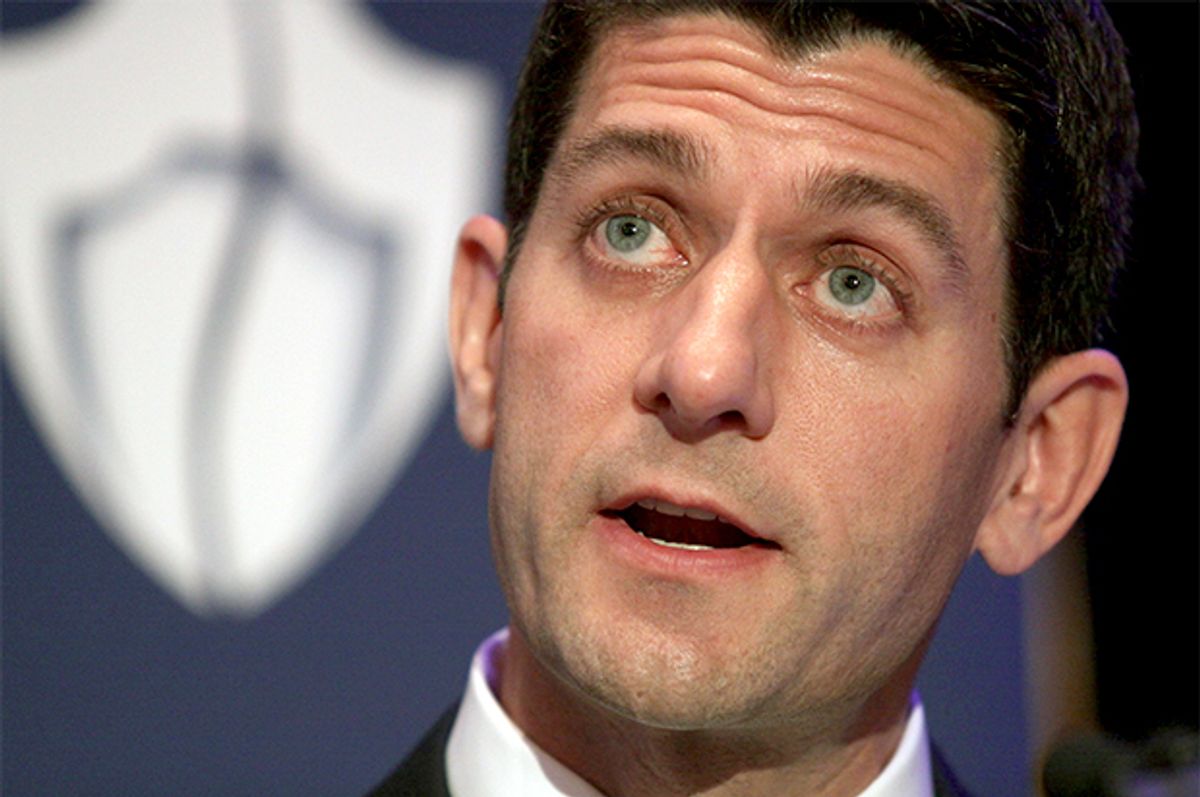 When it comes to the big question on climate change -- that is, whether former vice presidential nominee and potential 2016 candidate Paul Ryan does or does not believe it's happening -- we've yet to reach a consensus (unlike how, for example, 97 percent of climate scientists agree that it definitely is).

A 2009 editorial, which the Wisconsin congressman opened with uninformed claim that the planet can't be warming because there's snow on the ground, was a good clue, and enough for some, including one IPCC author, to conclude that he's definitely a climate denier. (He also accused climate scientists of making "clear efforts to use statistical tricks to distort their findings and intentionally mislead the public on the issue of climate change," so we at least we've known where his loyalties lie.)

But Ryan didn't speak publicly on the topic again until Wednesday morning, when he clarified his belief that "climate change occurs no matter what," and argued against any "reforms or taxes or regulations or policies" that might attempt to mitigate it.

"The question is, can and should the federal government do something about it?" Ryan asked. "And I would argue the federal government, with all its tax and regulatory schemes, can't. And all it will do is end up hurting our country, our people, and especially low income individuals." So that's how it's going to be.

It's unclear whether Ryan meant his comment the classic denier sense, in which he was arguing that warming has nothing to do with human activity, or if he was merely taking a defeatist stance by arguing that yeah, it's happening, but there's nothing the government can do about it. The EPA's proposed regulations for reducing power plant emissions, he was careful to note, will do nothing to solve "the purported problem," so maybe it's both.