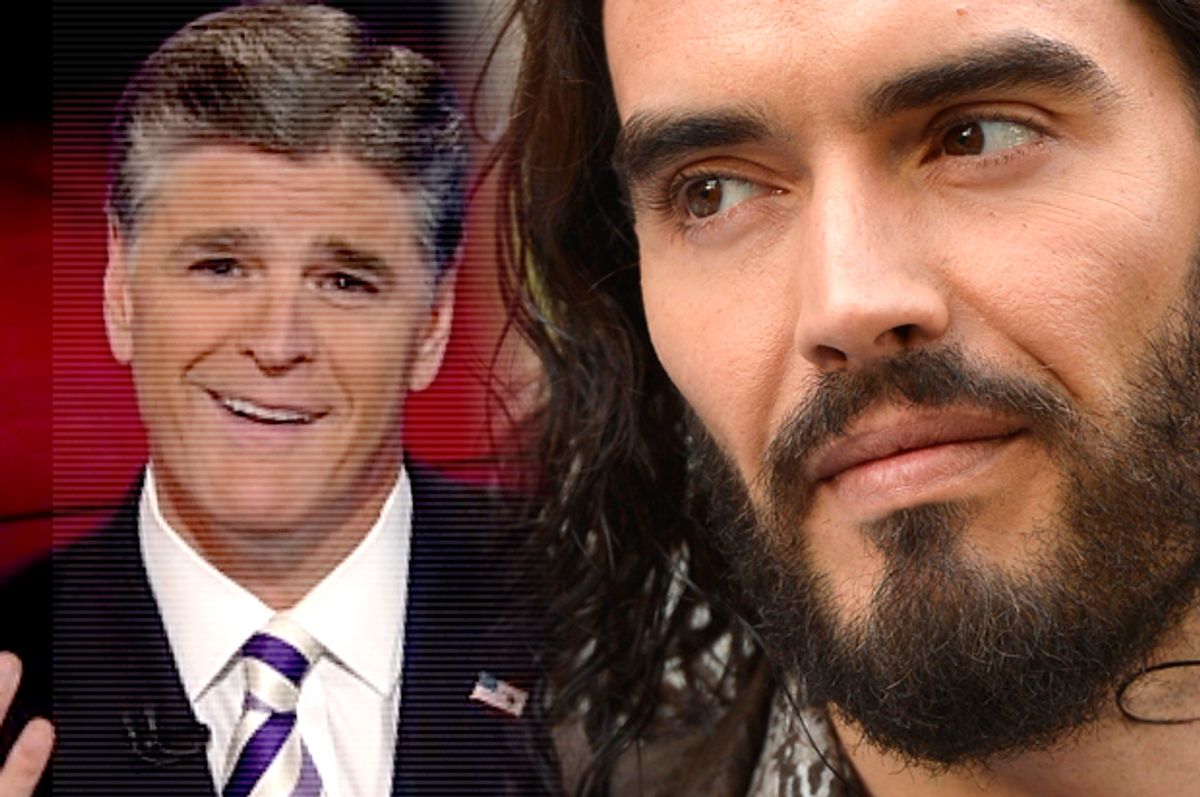 In his Web series "The Trews," this week comedian Russell Brand watched "Hannity" so that you didn't have to, and ripped apart Fox News host Sean Hannity for extremely "childish" and biased coverage of the incredibly complicated Israel-Gaza conflict.

In response to a totally reasonable press release by the Council on American–Islamic Relations, which asked that American taxpayer funds not go toward killing innocent people in Gaza, Hannity wondered, "Why is America's largest Muslim so-called civil rights group showing sympathy to terrorists? Let’s have a debate.”

The debate, which is already not really a debate as Brand points out, then devolved into Hannity shouting at his guest from the Jerusalem Fund & Palestine Center, Yousef Munayyer. Munayyer was invited to offer his opinions, but Hannity was not interested in hearing them because they offered a more nuanced understanding of the Israel-Palestine conflict.

In his so-called debate, Brand said, Hannity "remov[ed] all context, except for the information that's relevant" to him and to Fox News.

Brand parroted Hannity, who "looks like the Ken Doll from the Toy Story 3 film," saying, "I'm interested in shouting, and pointing, and simplifying things!”

Eventually, Hannity kicked Munayyer off the program, because Munayyer refused to say, "Hamas is a terrorist organization."

By the end of the segment, Brand wonders: Who is the real terrorist here? “One definition of terrorism is using intimidation to achieve your goals," he says. "Who in that situation was behaving like a terrorist? Using intimidation, bullying, being unreasonable: Sean Hannity. That’s where the terrorism is coming from.”