Camel milk is the new superfood

Not only is it rich in nutrients, but some cultures consider it an aphrodisiac. What's not to love? 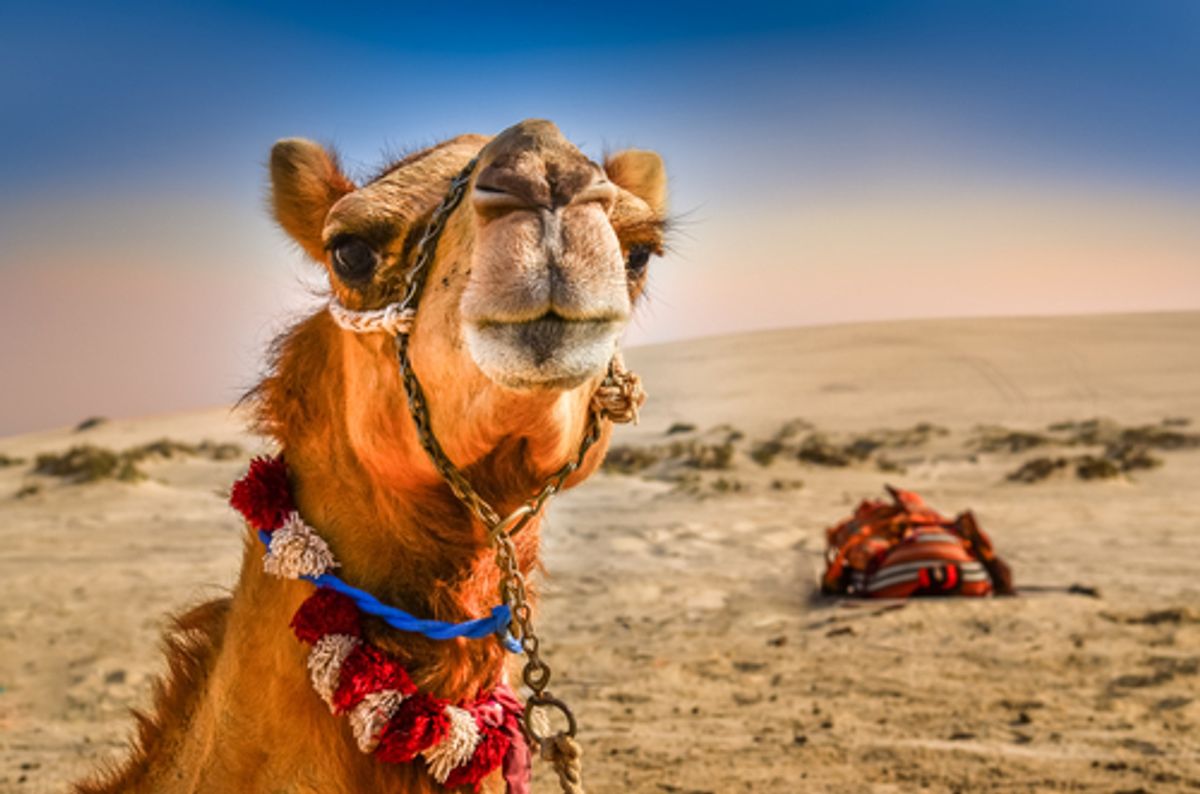 In America, you say the word "superfood" and then you have to duck because Dr. Oz is coming your way followed by throngs of people who haven't eaten since that time they tried garcinia cambogia.

That is to say most "superfoods" seem to be, how should we put this, scams.

But what if there actually was a superfood? A food that was truly super? Well, there is. It's camel milk.

Think about it: If it's good enough to keep a baby camel alive in the middle of the desert for an extended period of time, it's probably got some good stuff in it. Possibly even for non-camels.

Bedouins have lived on camel milk for centuries and now it is very possibly coming to a Whole Foods near you. Thanks, in large part, to a little California-based company calledDesert Farms, which is selling the elixir as a "wholesome and nutrient-packed alternative to conventional cow’s milk," according to the e-zine Ozymandias.

Desert Farms says its products contains “more absorbable calcium" than other milks. It also has three times the Vitamin C as cow's milk and is packed with antibodies, according to the UN's Food and Agriculture Organization.

Among camel milk's many "super" qualities is that it “may enhance diabetic wound healing,"and there are real live medical studies showing its potential to help kids with autism.

Also it serves as an aphrodisiac in some cultures.

How does it taste? Like milk, but a little saltier. “Like someone left a pretzel in a glass of regular milk,” one connossieur told MarketWatch.

It can't be bad. Somalis love it. Fancy cafes in Dubai are stocking it. Try it for yourself (here are some fun camel milk recipes), if you can afford it. A pint of raw or pasteurized camel milk costs about $18 online or at Whole Foods stores in northern California. With just one camel for every 18,000 cows in the United States, those prices are unlikely to come down anytime soon.

Most of the camels in the United States live with the Amish, who raise them in small herds on GMO-free pastures. Just another vote in the "super" column for camel milk.