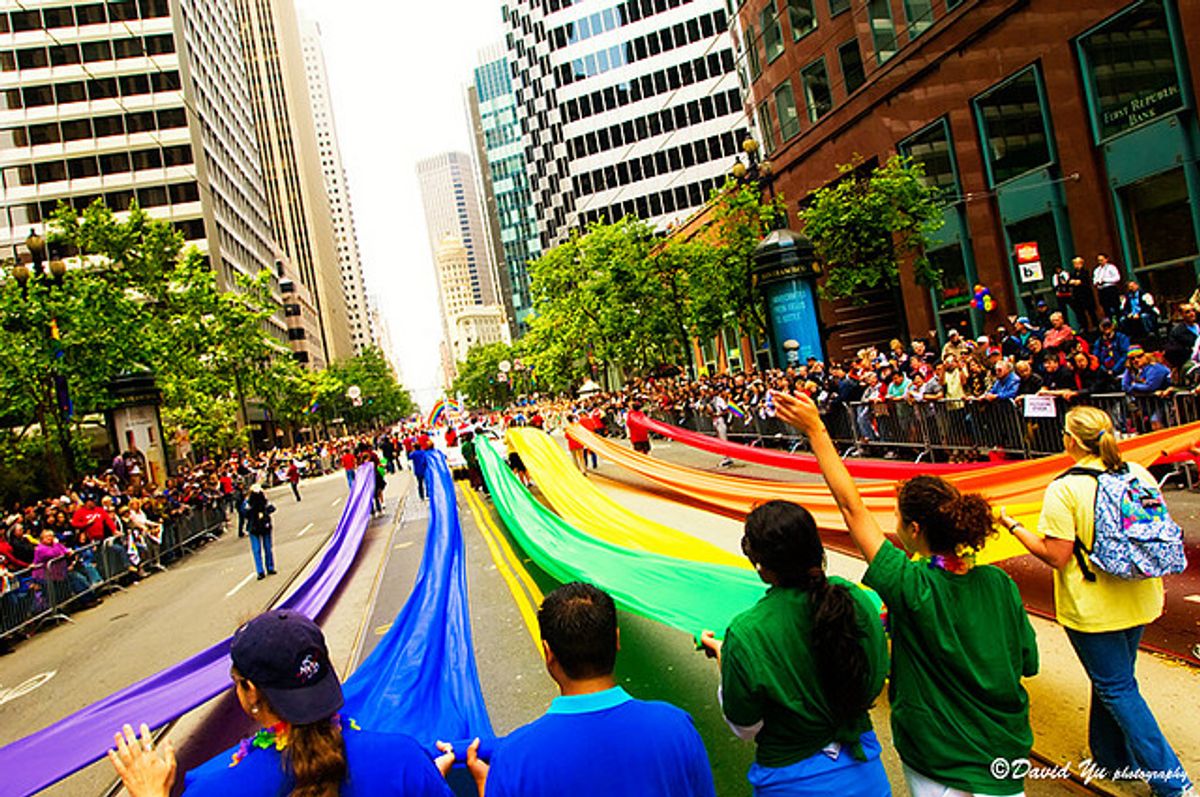 The movement to ban so-called ex-gay conversion therapy has gained momentum in recent years, with state legislatures in California and New Jersey implementing policies to protect young people from the anti-LGBTQ pseudo-therapy. On Thursday, a coalition of former ex-gay leaders released a letter calling for an end to the practice.

“At one time, we were not only deeply involved in these 'ex-gay' programs, we were the founders, the leaders, and the promoters,” they wrote. “Together we represent more than half a century of experience, so few people are more knowledgeable about the ineffectiveness and harm of conversion therapy. We know first-hand the terrible emotional and spiritual damage it can cause, especially for LGBT youth.”

As Tony Mereveck at BuzzFeed reports, some of the people behind the letter -- like John Smid of Love in Action and the now defunct Exodus International -- have spoken out against the practice in the past, but the letter is by far their most public admission of the harm the practice causes:

Smid said he experienced the harms of gay conversion or reparative therapy firsthand — enduring what he described as the damaging message that gay people are somehow “broken and sick and that they need to be repaired,” he said. Leading medical and psychological associations, such as the American Psychological Association, have discredited and criticized gay conversion therapy.

“In my own life, that message kept me trapped in a cycle of believing that I was emotionally ill and incapatalbe of having a healthily life until those things are fixed,” he said. “For over two decades, I lived in that mindset. That’s why reparative therapy is so damaging. That was the message that I received and that I taught in my involvement with Exodus and Love In Action.”

Exodus International closed its doors last year with a bombshell apology from president Alan Chambers for “years of undue suffering and judgment at the hands of the organization and the Church as a whole,” but they were just one of many organizations promoting anti-LGBTQ counseling around the globe.

An excerpt from the letter:

Looking back, we were just believing (and sometimes teaching) what we had been taught— that our identity needed mending. We grew up being told that being LGBT was disordered, sick, mentally ill, sinful, and displeasing to God. We grew up being told that loving, same-sex relationships were shallow, lust-driven, deceived, disordered, and impossible.

We grew up with the repetitive message that LGBT people were not enough — not straight enough, not Christian enough, not manly or womanly enough, not faithful enough, not praying enough. Never, ever enough. “Toxic” probably sums it up best. That message is poison to the soul. Especially a child’s soul.

The signatories closed the letter with a decisive call to ban the practice: "It is our firm belief that it is much more productive to support, counsel, and mentor LGBT individuals to embrace who they are in order to live happy, well- adjusted lives."