"The Daily Show" takes a jab at online media entities like Gawker, Salon and the Huffington Post 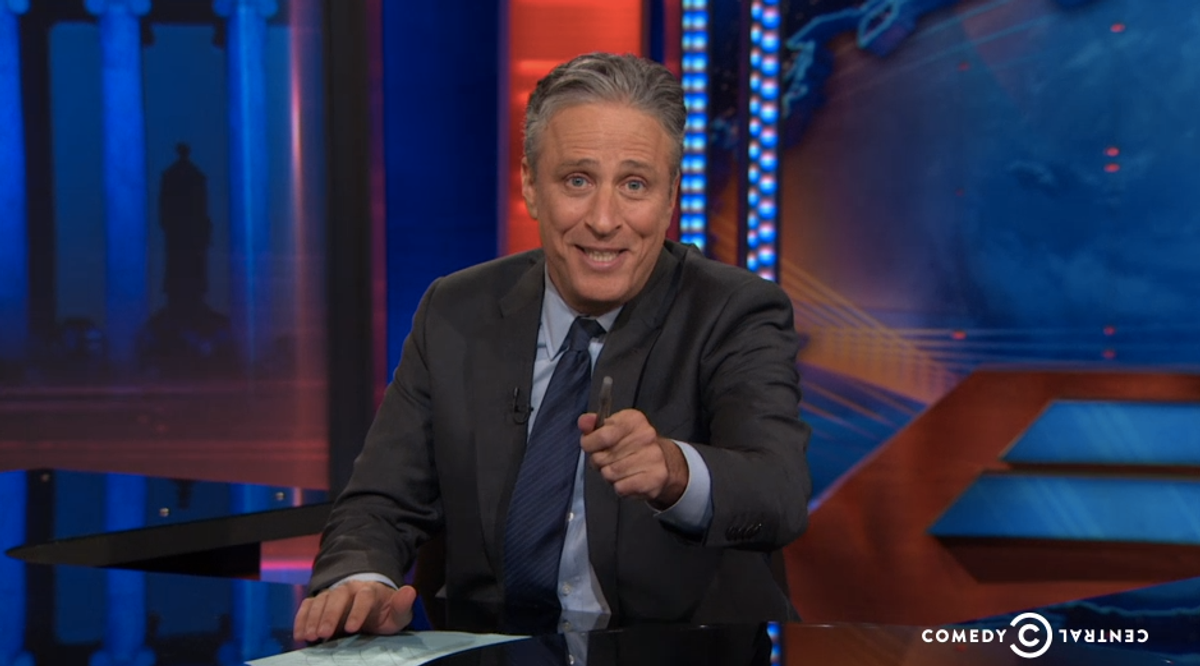 "Internet has killed newspapers," declared Jon Stewart on "The Daily Show" Wednesday night. While the Internet has killed a lot of things (the U.S. Postal Service, face-to-face communication, our attention span, cable television, just to name a few ...), Stewart then launched into an investigation into how traditional journalism is dead, a victim of high-speed Internet and a constant grab for Web traffic.

Correspondent Jordan Klepper talked to journalism students at the University of Michigan who run the school newspaper, The Michigan Daily, and contrasted their lessons about fact-checking, reporting and research with those of Gawker's former viral news editor Neetzan Zimmerman. So, you know, apples and oranges. Taking a jab at all Internet media entities, including Salon (but not listicle king BuzzFeed ...?) "The Daily Show" mocked and lamented the proliferation of sideboob, cat videos, listicles about listicles, and, I guess, aggregators who post "Daily Show" clips.

It's true that Zimmerman, who has exploited the world's basest desires, has changed the media landscape and most sites have followed this model to stay afloat. And newspapers, along with lots of important reporting, are going out of business. But there's plenty of great journalism on the Internet, and that's never going to go away. So after watching this video, why not read something like this?