The fun coffee table book is an exploration of "prevailing ideas we layer on body parts," the creator said 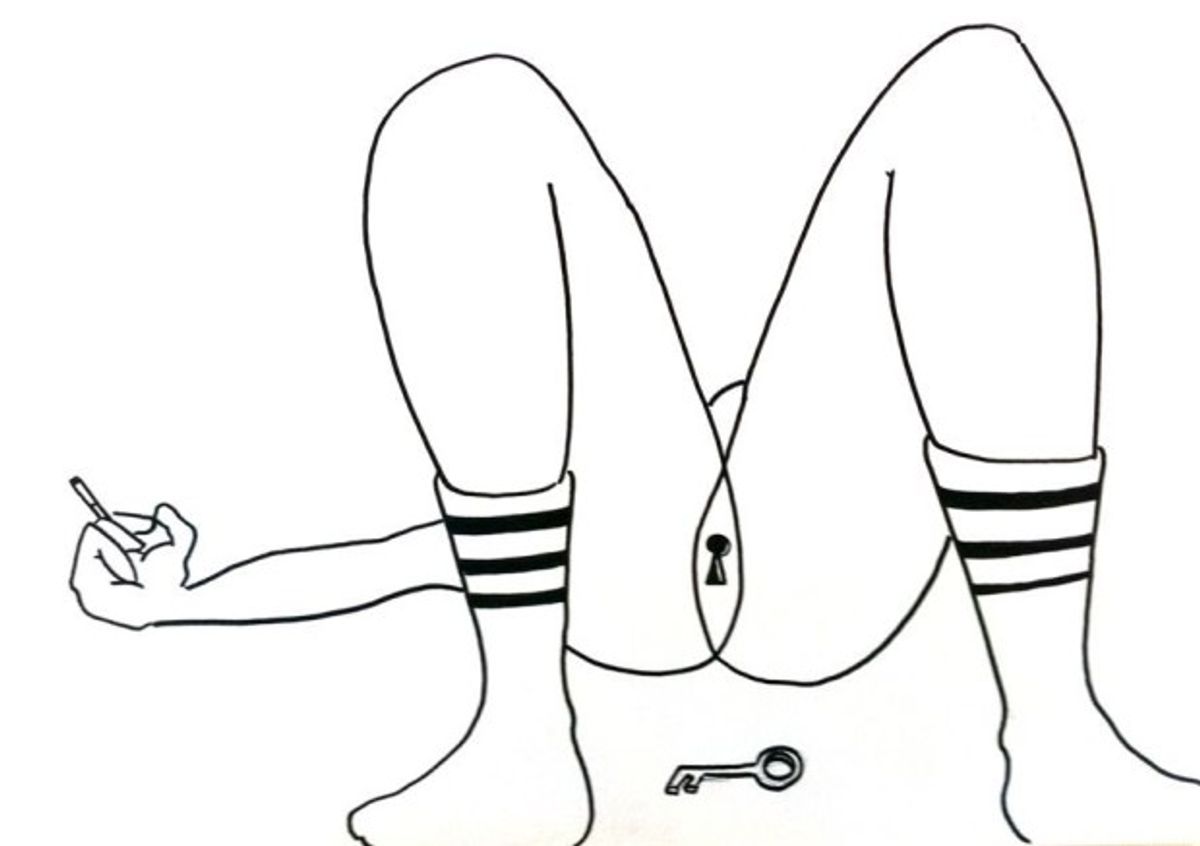 Three years ago, writer Shannon O'Malley was having dinner at a Thai restaurant with her friend and professional collaborator, Keith Wilson, when their mealtime conversation turned to the topic of vaginas. O'Malley asked Wilson, a gay man, to sketch his own version of a vagina on their paper tablecloth. Wilson obliged, only to be critiqued and ridiculed for his laughable illustration. His boyfriend followed suit and the critiquing continued, turning into a long night of "vag chat" as Wilson recently told BuzzFeed.

It didn't end there. O'Malley and Wilson joked about the drawings and started to ask other gay men they knew to come up with their own illustrations, which eventually prompted the two to branch out to the larger gay male community in their home of San Francisco. They set up drawing stations in some of the city's prominent queer neighborhoods and created a Tumblr to post the responses, which they aptly called Gay Men Draw Vaginas. Before long, O'Malley and Wilson had hundreds and hundreds of vagina sketches by gay men from around the world.

Now, the pair is raising money to fund a coffee table book of collected drawings, which they've divided into sections based on common themes: there will be a "monsters" section, an "80's vag section" and a "mystery section," which could be the largest in the book without surprising anyone. As O'Malley explained to Vocativ, one of the most impressive parts of the project has been these mystery, or simply more abstract, drawings, because they most successfully transform vaginas into art:

The guys who’ve tried to draw real vaggies have usually failed; those drawings are basically all the same and boring. But the artists who try to communicate ideas, even if they don’t have any illustration talent, produce the best vaginas. The Cookie Monster one stands out to me as one of these.

The book and the project as a whole are meant to entertain, but also to make the artists and viewers question bodies and sexuality. "We hope it brings up questions like 'how do people respond to discomfort or ambiguous expectations through art?' 'What are the preconceptions we may have about what a "gay" man is or thinks?' 'What are prevailing ideas or archetypes we layer on body parts — women’s bodies, in particular?'" Wilson told BuzzFeed.

He and O'Malley have already raised more than 10 percent of their $37,000 funding goal on Kickstarter, and they plan to put the money toward publishing 1,000 hardback copies of "Gay Men Draw Vaginas." Check out a video about the project -- and some of the vagina drawings -- below: