Google's barge: A big waste of money that could have been better spent

What if the cash blown on a floating luxury showroom had been applied to San Francisco's civic infrastructure? 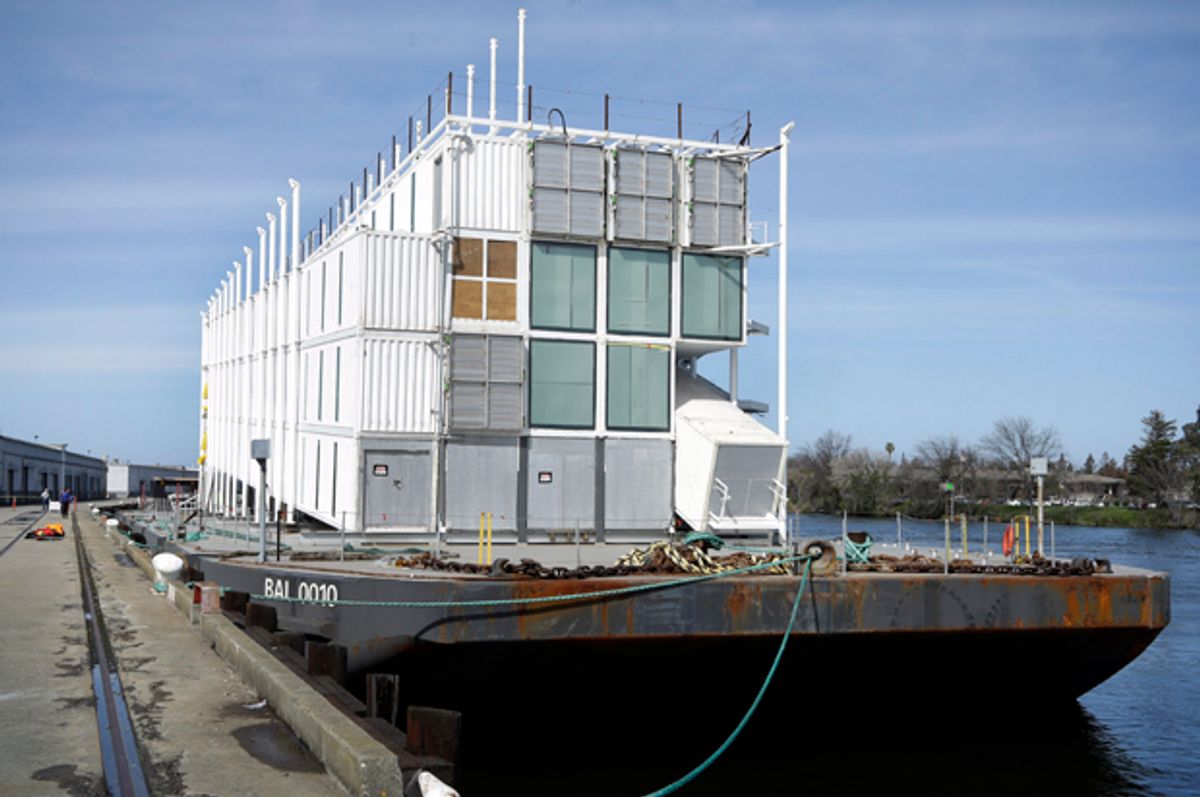 Last October, after CNET's Dan Terdiman broke the story that Google was building a mysterious structure on top of a barge docked near Treasure Island, the news instantly plugged into San Francisco's ongoing tech-culture wars. A luxury showroom for Google Glass -- or, in Google's words, "an interactive space where people can learn about new technology” -- seemed to some critics like the wrong note to play in a city obsessed with the gentrification and displacement implications of Google buses.

Imagine if Google had taken all the money they used to build these totally unnecessary vanity items, and used that money to instead build affordable housing for all the working people who've been displaced by overpaid Google employees?

Eight months later, the tech culture wars are still going strong, but the Google Barge appears headed to the scrap heap. The Portland Press-Herald is reporting that Google's East Coast barge prototype has been sold and that its four-story structure built from modular containers will be scrapped. Google hasn't commented on the story, but according to Terdiman, there's been no new construction on the West Coast barge, now docked at Stockton, since at least March.

"That makes Google's dream of operating a destination retail experience just that: a dream," wrote Terdiman.

Chump change for Google, which pulls in about $18 billion in revenue per quarter. But if we're talking affordable housing ...

From a Reuters report published in June:

Lee set a goal earlier this year of making 30,000 newly built or rehabilitated homes available by 2020, with at least one-third of those units made permanently affordable to poor and middle-class families.

The program he announced on Monday as part of his annual municipal budget plan calls for $44 million from the city's housing trust fund and $50 million in borrowed funds to start construction, including the rehabilitation of nearly 3,500 units.

So, a write-off that Google executives undoubtedly aren't losing any sleep over could add up to almost as much as a two-year plan proposed by San Francisco's mayor. Which raises the question: Just how hard would it be for Google, Apple and Facebook to get together and bankroll a really ambitious affordable housing plan?