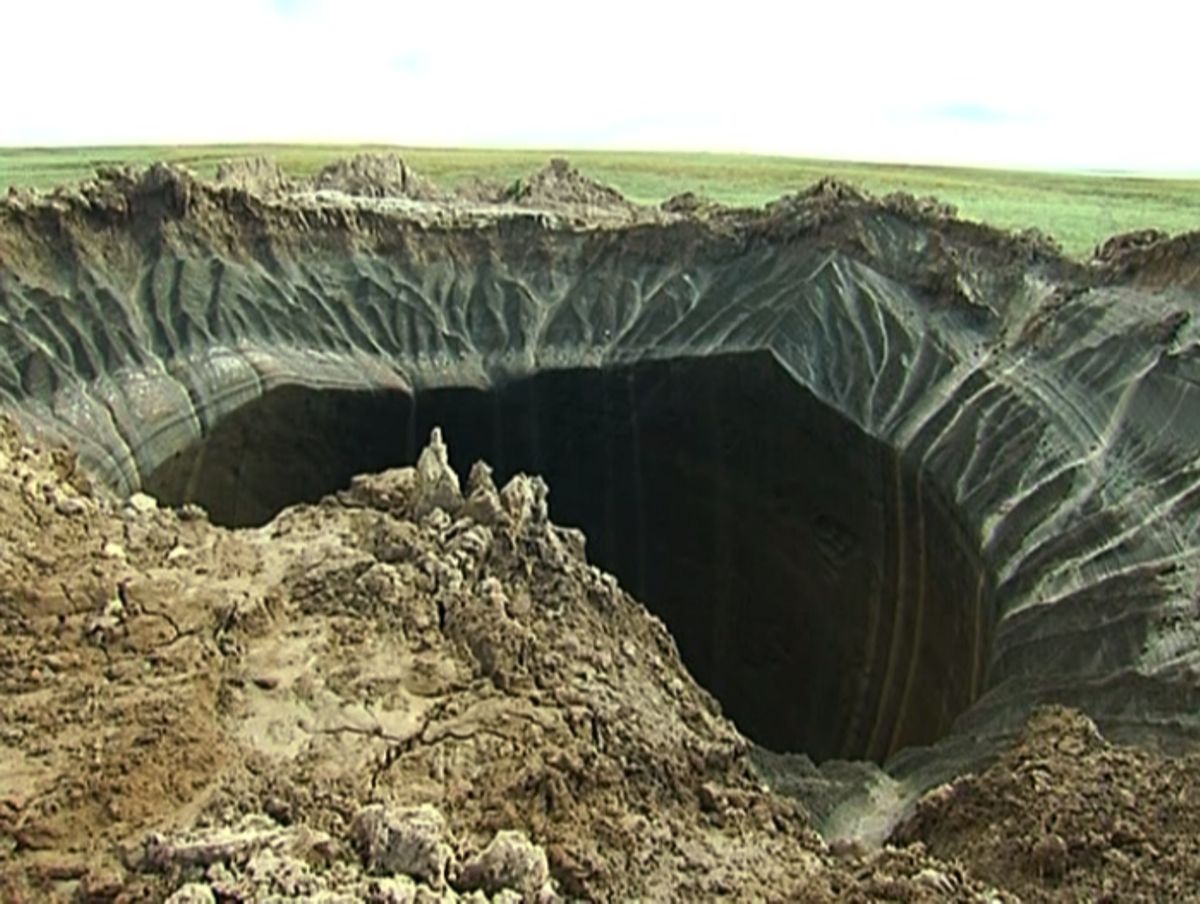 Researchers in Russia have more answers about the mysterious crater that appeared in Siberia's Yamal peninsula. Just as some guessed, they say the hole, which is about 98 feet wide and twice as deep, was likely formed by methane released by the thawing permafrost.

Scientist Andrei Plekhanov, who initially reassured the conspiracy theory-minded that there's "nothing mysterious about it," told the journal Nature that his team measured high concentrations of methane in the air near the bottom of the crater, up to 50,000 times the normal level:

...Plekhanov and his team believe that it is linked to the abnormally hot Yamal summers of 2012 and 2013, which were warmer than usual by an average of about 5°C. As temperatures rose, the researchers suggest, permafrost thawed and collapsed, releasing methane that had been trapped in the icy ground.

Other researchers argue that long-term global warming might be to blame — and that a slow and steady thaw in the region could have been enough to free a burst of methane and create such a big crater. Over the past 20 years, permafrost at a depth of 20 metres has warmed by about 2°C, driven by rising air temperatures, notes Hans-Wolfgang Hubberten, a geochemist at the Alfred Wegener Institute in Potsdam, Germany.

Hubberten speculates that a thick layer of ice on top of the soil at the Yamal crater site trapped methane released by thawing permafrost. “Gas pressure increased until it was high enough to push away the overlying layers in a powerful injection, forming the crater,” he says. Hubberten says that he has never before seen a crater similar to the Yamal crater in the Arctic.

Seeing as how another, similar crater was discovered soon after the first, experts say it's not crazy to think that they'll become more common with climate change-induced warming in the region -- and depending on where they appear next, the methane releases could end up doing serious damage. “If [a release] happens at the Bovanenkovskoye gas field that is only 30 km away, it could lead to an accident, and the same if it happens in a village,” Plekhanov told Nature.