The best '90s songs you completely forgot about

From "Miss Teen USA" to "Sister Havana," the '90s gems that somehow disappeared from the cultural radar 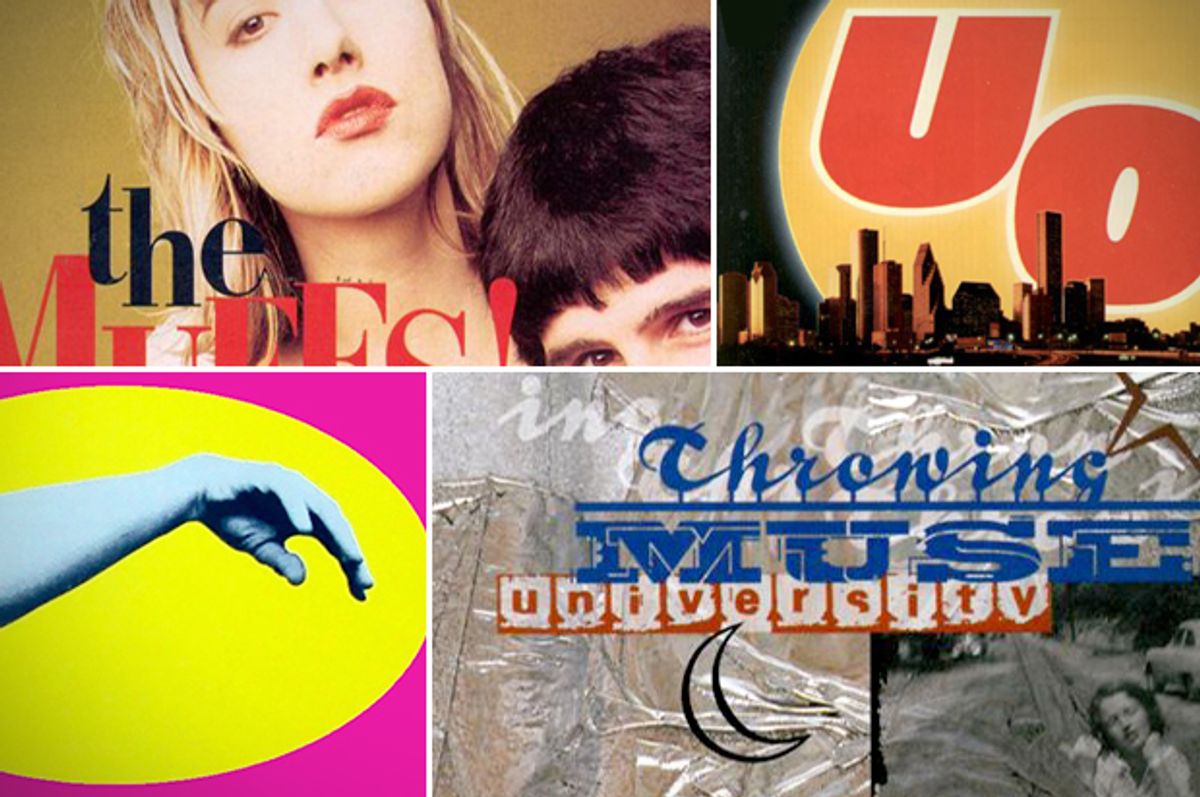 But it's a testament to the depth and breadth of the '90s modern rock explosion that there's so much music from that decade alone that time somehow forgot:

L.A. trio the Muffs covered Kim Wilde's "Kids In America" on the "Clueless" soundtrack, which gave them a permanent spot in the annals of '90s pop culture. But the group's original song "Sad Tomorrow" (found on 1995's "Blonder and Blonder") is a far better representation of their melodic punk; frontwoman Kim Shattuck's inimitable gravelly voice gives the ringing power-pop tune the perfect amount of grit.

Although perhaps best known today for being the first band of violinist Joan Wasser (a.k.a. Joan As Police Woman), Boston's the Dambuilders maintained a unique sound that in hindsight presaged the '00s indie-orchestral boom. "Shrine," which features a humming bass underbelly and lovely string countermelodies from Wasser, is one of their loveliest moments.

Dutch indie rockers Bettie Serveert fit in perfectly with the decade's open-minded mentality. The early single "Ray Ray Rain" was introspective enough to fit in with delicate indie-folk acts — its chorus blooms with optimism and then settles into a sighing melancholic groove — but its strident guitar strumming and askew solo added welcome backbone.

Seattle shoulda-beens Best Kissers in the World excelled at the type of off-kilter grungy power-pop that flourished during the decade. The single "Miss Teen USA" comes off like a Pacific Northwest Lemonheads, all distorted sweetness and burnt-sugar harmonies.

The Chicago trio Material Issue released three incredible records, including 1991's "International Pop Overthrow," which spawned this jangly power-pop classic. Deceptively upbeat, the sly song is from the point of view of a protagonist too shy (or too uncool) to catch the eye of a beautiful woman — who he then envisions growing old by herself; at that point, he has the last word: "But she can't have me."

Jellyfish, "All I Want Is Everything"

The late, great Jellyfish deserves praise for many things: pristine harmonies, intricate classic rock homages, ornate arrangements and a kaleidoscopic psych-rock bent. How the band interpreted this challenging music live is perhaps their biggest accomplishment; this Letterman performance of "All I Want Is Everything" is controlled chaos spearheaded by drummer/vocalist Andy Sturmer.

In the early '90s, Throwing Muses — a band helmed by the intense, snakecharming Kristen Hersh — were somewhat overshadowed by Belly, a group fronted by Hersh's stepsister Tanya Donelly. The 1994 single, "Bright Yellow Gun," however, is a vivacious reminder of the band's ability to mesmerize with otherworldly lyrics and distortion-frayed rock & roll.

Before Johnny Rzeznik and co. were Top 40 staples, they were a just a scruffy power-pop band from Buffalo, New York. Exhibit A: "Fallin'Down," from their 1993 album "Superstar Car Wash," sounds like a great lost Replacements tune, complete with a wailing chorus, downtrodden riffs and jagged guitar solo.

For a time, Chicago's Urge Overkill were the next big thing; they opened for Nirvana and Pearl Jam at the height of their respective fame and recorded 1993's "Saturation" with slick production team the Butcher Bros. "Saturation" didn't quite get the due it deserved (and still hasn't), but '"Sister Havana" remains a revved-up slice of '70s greaseball-rock that's inspired by equal parts Cheap Trick and Thin Lizzy.

Before Jason Narducy became Bob Mould's go-to touring bassist, he was in the band Verbow, a Chicago band specializing in cerebral, cello-aided rock. The group's keening single "Holiday" ebbs and flows between verses with a dainty string melody and a stormy, crooning chorus.

Marvelous 3, "Freak of the Week"