In a world without pregnancy... wait, haven't we seen this all before? 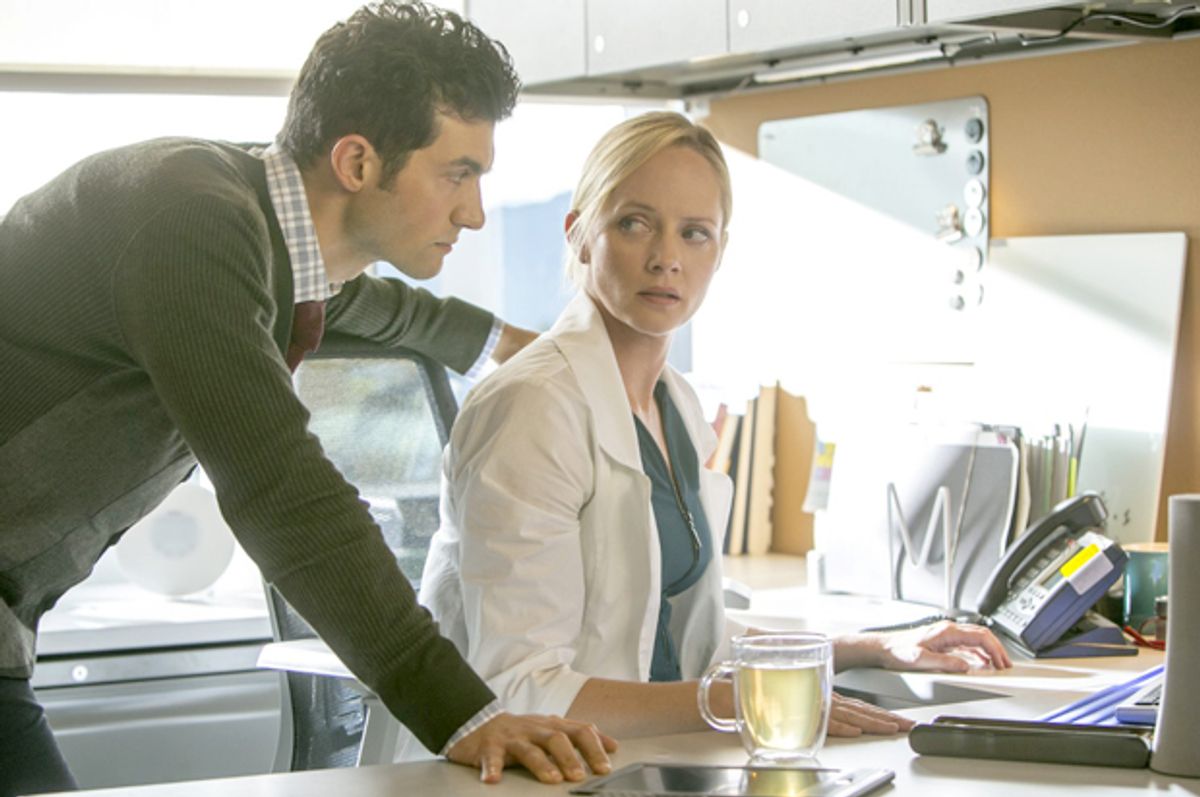 It tends to be fairly uncomfortable when a network known for doing one thing well tries to do something else entirely. Yes, there used to be history on the History Channel -- and it also used to be called the History Channel! (Now it's just "History," which, per its logo, is "made every day" with schlocky reality TV.)

Lifetime, which has mastered a specific genre of woman-in-trouble made-for-TV redemption story, is trying a lot of things all at once. Its movies, for better or worse, are no longer entirely in the "Mother, May I Sleep with Danger?" mold: Sure, Lindsay Lohan's "Liz & Dick" was a bomb, but it was different, and recent all-black adaptations of "The Trip to Bountiful" and "Steel Magnolias" have shown a willingness to invest time and thought into what might stretch the venerable "Television for Women" brand. But "The Lottery," their attempt to jump on the apocalypse bandwagon, is both a bad fit for Lifetime and just plain bad. It shows just how hard it is to reverse-engineer your way to prestige TV.

Both HBO ("The Leftovers") and FX ("The Strain") have gotten attention this summer with imaginative end-of-the-world scenarios -- how hard could it be? Evidently very, as Lifetime more or less outright steals the concept of "Children of Men" for a series that may as well be called "Children of Women." In this show's future America, human fertility has slowed to a complete halt, but scientists have managed to, at last, create viable embryos. What ensues is a fairly incoherent government-conspiracy plot -- the president wants to set up a national lottery to determine gestational carriers in order to foster hope among the American people, and isn't afraid to intimidate the scientists who made the breakthrough. The first two episodes have featured one of the youngest people on the planet getting kidnapped from a government facility by his father -- something that ought to feel visceral but instead just feels like time-killing, given how little we care about what the government's up to.

Even though the science underpinning the show, so far, is basically "because we said so!," that's not the problem. What really kills "The Lottery" is its lack of ideas about how the world would change in a post-childbirth era. In "The Lottery," everyone uses high-tech transparent tablets, women aggressively pursue one of the last fertile men (in a frankly misogynistic scene that startled me, given the network it's on), and the president goes on TV to describe the nation's lack of hope. But there seems to be no substantive social change; life just goes on in the face of the fact that the human race's lifespan is about to be cut short.

The future, even with a massive change in our species' fundamental biology, looks a lot like the present, and that's less reassuring than boring; why should we care about why the government kept a young child for observation if its goals seem, in the early going, so unremarkable? The best science fiction reveals truths about our actual world through transforming it. "The Lottery," two episodes in, has asked us to consider what a different world might be like without doing any real work itself; it tells us nothing about our world by showing it largely unchanged.

Lifetime has fallen prey to an increasingly widespread tendency to treat a crazy premise as the endpoint, not the beginning, of TV development. The interesting but flawed outer-space drama "Extant" on CBS is another recent example, as were AMC's attempts at a "Mad Men" follow-up, like "Halt and Catch Fire." Yes, both a pregnancy that came from outer space and the wild West of the early computing industry are interesting topics -- but without good characters, why should we care?

"The Lottery" has little in common with much else on Lifetime, sure. But that network's reality offerings, low-prestige though they may be, have complete unity of form and function -- they set out to entertain, and that's exactly what they do. "The Lottery" wants to entertain, sort of, but also to make a hazy point about the meaning of hope and of motherhood. Maybe this is one brand that was fine the way it was.