The truth about Internet slang: It goes way back 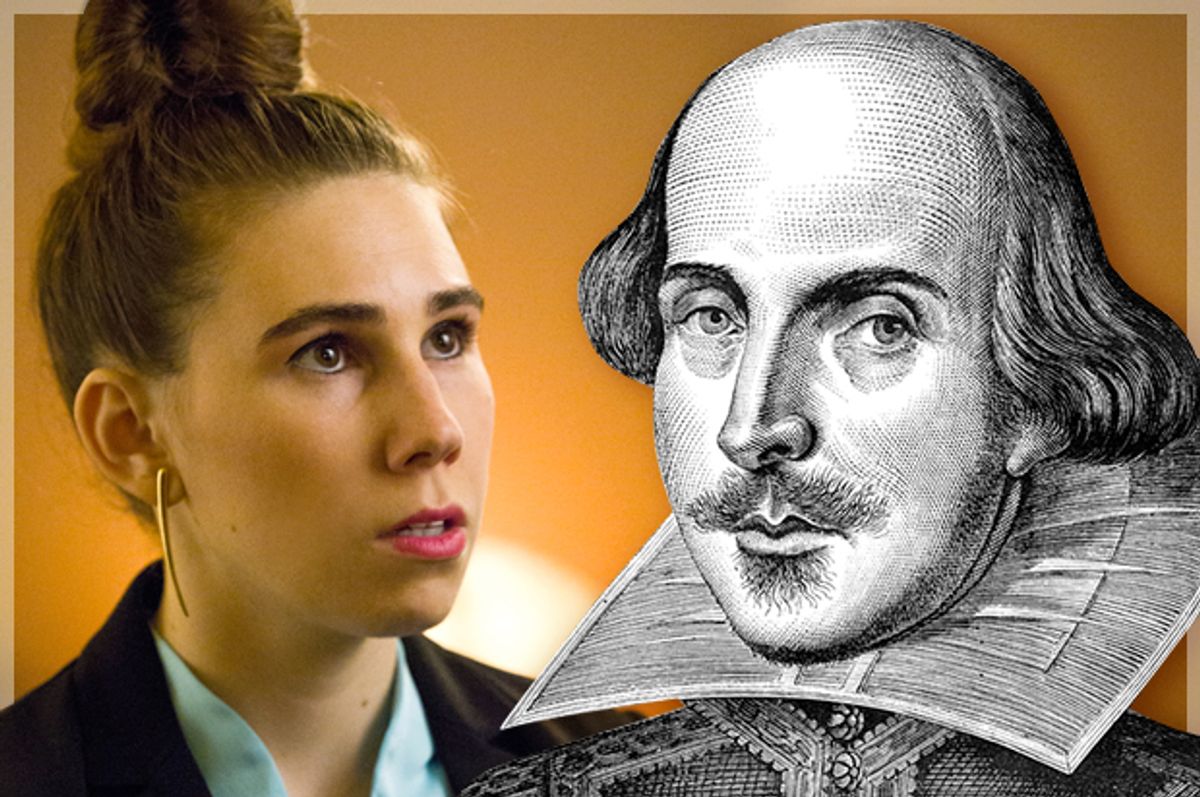 In 2007, BBC reporter and presenter John Humphrys wrote an essay pointedly titled: “I h8 txt msgs: How texting is wrecking our language.” In it, Humphyrs lamented that,

the relentless onward march of the texters, the SMS (Short Message Service) vandals who are doing to our language what Genghis Khan did to his neighbours eight hundred years ago. They are destroying it: pillaging our punctuation; savaging our sentences; raping our vocabulary. And they must be stopped.

"Of course, texting and Internet slang are just the most recent object of such hyperbolic metaphors, and while Humphrys' piece is an extreme example of this genre of opinion writing, his rhetoric is consistent with the battle cry of texting’s many adversaries.

However, eminent linguist David Crystal is far more nonchalant about texting’s impact on language, and responded directly to Humphrys’ alarms in his rebuttal, “2b or not 2b?,” arguing that “all the popular beliefs about texting are wrong” and that “texting has added a new dimension to language use, but its long-term impact is negligible. It is not a disaster.”

Whatever that impact may be — pure destruction or barely noticeable annoyance — texting’s use of various spellings, abbreviations and speech patterns is actually nothing new for English. There was no standard spelling for the first 1,000 years of the language's development, giving rise to four or five spellings per word. When the Oxford English Dictionary admitted "OMG" and "FYI" into the official lexicon in 2011, many people were likely surprised to find that the first usages of these abbreviations predate the Internet age, with OMG first occurring in 1917 and FYI in 1941.  Similarly, the popular “haha” of modern texting actually first appears in roughly 1,000 AD in Aelfric’s "Grammar."

In fact, modern text-speak bears a striking resemblance to the system of abbreviations and shorthand present in medieval manuscripts, what I’ve termed here "quill speak." The pressures of both forms of writing — the medieval manuscript and the modern text messaging — are surprisingly similar, and thus unsurprisingly produce similar results. Manuscripts were written on either vellum (dried calf skin) or parchment, by the hand of a scribe using a quill pen and ink. The processes involved in everything from making the vellum and ink to hand-copying the text were incredibly expensive and time-consuming. Given the financial and labor costs, scribes maximized the amount of information that could be delivered in a short time and in a small space. The fewer and smaller the quill strokes, the better.

The same logic holds for modern text messaging. Texting is designed to be a quicker, easier alternative to a phone call, so the fewest key or finger strokes is most efficient for time and space. No one likes those three-part text messages, often delivered out of order, like a textual jigsaw puzzle. Twitter has codified this system by limiting its messages to 140 characters, but the space restraints are still there on other social media outlets, like Facebook, that hide parts of posts that run too long. Expense may be less of a concern for some consumers now than in the past, with unlimited text plans becoming popular; however, many still regularly pay per text or encounter such charges when roaming internationally.

David Crystal, whose work focuses on pre-modern English, acknowledges that Anglo-Saxon scribes used tactics similar to modern texting, but does not develop the suggestion with any specifics, such as the abbreviations (which Humphrys considers “grotesque”) and shortenings that occur frequently in both forms. In fact, abbreviations are so common in medieval Latin manuscripts that there’s an entire database devoted to them.

The following passage from a 12th-century manuscript provides a sample of how much abbreviation could be used in Latin manuscripts.

© The British Library Board (Arundel 43).

There are 84 abbreviations in these eight lines alone; roughly 70 percent of the words are abbreviated. That percentage is significantly higher than any of the figures Crystal cites in his article, ranging from 6 percent to 20 percent of words abbreviated per text.

Medieval manuscripts in English employ similar mechanisms, though they are less frequent than their Latin counterparts. One example of a common abbreviation from Old English is a shortening of “that,” which is spelled “þæt” (using the Old English letter thorn “þ” for the “th” sound and ash “æ” for the “a” sound). In this abbreviation, the word is shrunk to a single character, formed by making the thorn “þ” and then crossing it, like a “t.” The abbreviation occurs fairly often in the "Beowulf" manuscript, for example:

The word “that” is common in Old English texts and the ash is one of the longer and more difficult letters to write out, so this abbreviation saves the scribe a lot of space and time. The shortening is similar to the tendency for text-speak to eliminate vowels in words, such as “btwn” or the “txt msgs” in Humphrys’ title.

Sometimes, symbols were also used to indicate letters that were missing, or that a word had been shortened. The most common of these involve dashes over vowels to indicate missing “m”s and “n”s, which, like ashes, took up a lot of space because of their width and time because of the many strokes required. This abbreviation also occurs in the "Beowulf" manuscript -- for instance, in the word “monegum” (an Old English form of “many”) -- to indicate a missing “m” at the end of the word:

As endings for Old English nouns, the letters “m” and “n” occurred regularly (somewhat like modern English’s “-er” or “-ed” endings) and thus could be easily abbreviated without losing the sense of the word. Similarly, text-speak might use “missin’” or “comin’” — sometimes without the apostrophe — to avoid “g”s, which are just as cumbersome and unnecessary to convey a word’s meaning.

Even the Scriptures were not considered too sacred to abbreviate.  For instance, the elaborately decorated Lindisfarne Gospels and its Old English gloss use all of the abbreviations above. The image below, from a different collection of Gospels, employs a range of Latin abbreviations, including shortening Jesus Christ to “Ihu Xpi” and God (“Domini”) to “Di,” with overhead dashes to indicate the missing letters. What ultimate impact Internet slang will have on English, I cannot say. Humphrys’ alarms, though, suggest a level of violence that would leave English unrecoverable from texting’s assault; however, these concerns appear to stem from misinformed notions of the language’s history. Whether it’s quill strokes or key strokes, the English language has accommodated and will continue to accommodate the pressures that various forms of communication may bring.

And the next time you text, think about your linguistic kinship with medieval scribes.