5 things to know about Ebola outbreak in W. Africa 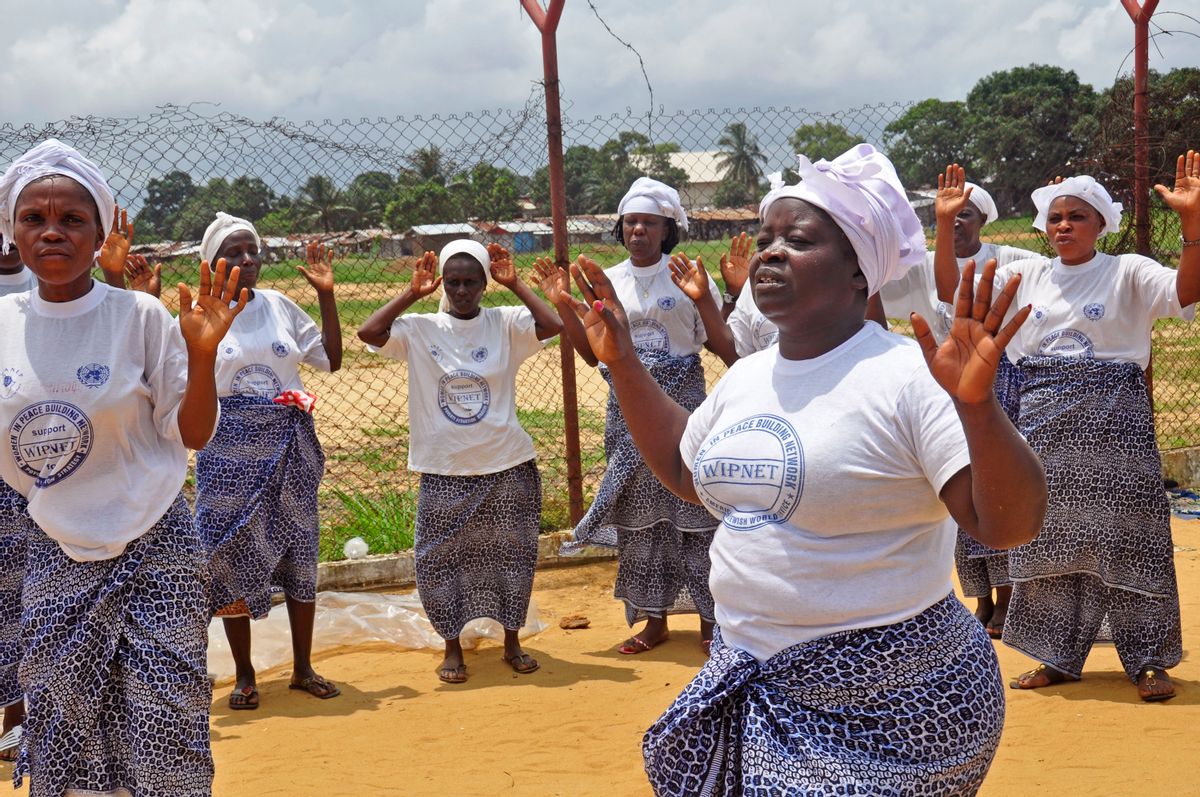 Women from different religious groups prey against the spread of the Ebola virus, in Monrovia, Liberia, Saturday Aug. 2, 2014. An Ebola outbreak that has killed more than 700 people in West Africa is moving faster than efforts to control the disease, the head of the World Health Organization warned as presidents from the affected countries met Friday in Guinea's capital. (AP Photo/Abbas Dulleh) (AP)
--

Three West Africa nations are struggling to control an outbreak of Ebola. The virus was first discovered nearly four decades ago in Congo in a village near the Ebola River. Since then there have been sporadic outbreaks.

Five things to know about Ebola and how it is spread:

1. WEST AFRICA OUTBREAK NOW LARGEST IN HISTORY. The current outbreak in the neighboring countries of Liberia, Guinea and Sierra Leone has sickened more than 1,300 people and killed at least 729 since March. The outbreak is unusual for West Africa as the disease is typically found in the center and east of the continent.

2. SOME PEOPLE HAVE SURVIVED EBOLA. While the fatality rate for Ebola can be as high as 90 percent, health officials in the three countries say people have recovered from the virus and the current death rate is about 60 percent. Those who fared best sought immediate medical attention and got supportive care to prevent dehydration even though there is no specific treatment for Ebola itself.

3. EBOLA CAN LOOK LIKE OTHER DISEASES. The early symptoms of an Ebola infection include fever, headache, muscle aches and sore throat. It can be difficult to distinguish between Ebola and malaria, typhoid fever or cholera. Only in later stages do people with Ebola begin bleeding both internally and externally, often through the nose and ears.

4. EBOLA IS ONLY SPREAD THROUGH CLOSE CONTACT. The Ebola virus is not airborne, so people would have to come into direct contact with the bodily fluids of an infected person. These include blood, sweat, vomit, feces, urine, saliva or semen — making transmission through casual contact in a public setting unlikely.

5. FEAR AND MISINFORMATION. In the three countries, health workers and clinics have come under attack from panicked residents who mistakenly blame foreign doctors and nurses for bringing the virus to remote communities. Family members also have removed sick Ebola patients from hospitals. Government officials have stepped up efforts to isolate patients, educate the public, check travelers and tighten borders to prevent the disease's spread.