A new report finds that big oil companies pay much, much less than the statutory corporate tax rate 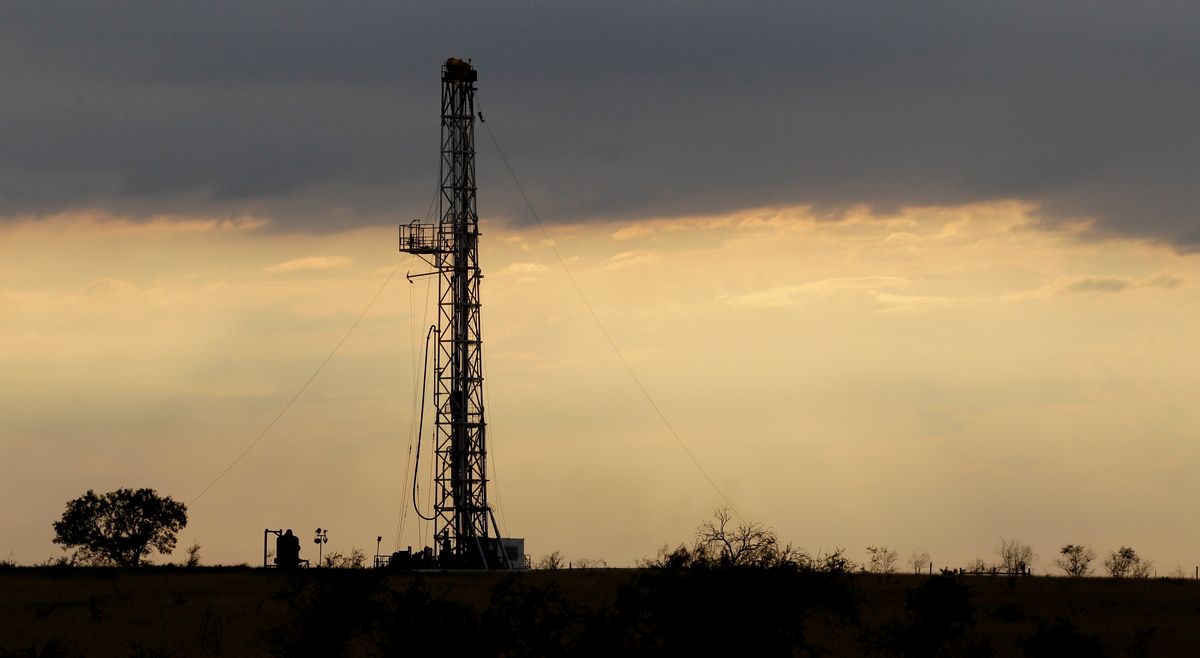 FILE - This May 9, 2012 file photo shows a drilling rig near Kennedy, Texas. Oil companies are finding new ways to export growing amounts of oil from the U.S. despite restrictions on exporting crude.(AP Photo/Eric Gay, File) (AP)
--

A new report has found that the U.S.'s 20 biggest oil and gas companies pay only 11.7 percent in taxes -- significantly less than the statutory corporate tax rate of 35 percent. Some smaller companies were able to get away with paying only 3.7 percent, according to the report.

Much of this is due to special provisions in the tax code which allowed these companies to defer over half of their dues, with many of them deferring more than they were actually paid.

Oil and gas companies can defer tax payments for a variety of reasons, some specific to the industry. If an independent oil and gas company constructs an asset like an oil rig, for example, it can claim a tax deduction for all of its intangible drilling costs (IDC), which include the costs of designing and fabricating drilling platforms. This allows the company to immediately deduct all of these costs from its taxable income. Normally, a taxpayer who constructs an asset would have to wait for the asset to generate income and expense these costs over time, spreading its tax deductions over 5, 10, or 20 years, depending on the useful life of the asset. Deducting the entire amount immediately allows the company to defer or delay payment of a portion of the taxes it accrued that year...

[The principal benefit] is the ability to defer more and more of their federal income taxes, year after year... Over time, the total amount an oil and gas company owes the federal government in deferred taxes can become significant. ExxonMobil reported total deferred tax liabilities of $54.5 billion in 2013. It pays no interest to the federal government on the amount it owes, even if it takes 20 years to pay it back.

Some companies even managed to get money back. Pioneer Natural Resources Co. deferred all its taxes and still received $6 million from the government.  "The oil and gas industry gets no subsidies, zero, nothing," American Petroleum Institute CEO Jack Gerard said, according to ClimateProgress. "We get cost-recovery benefits, much like other industries. You can go down the road of allowing economic activity, generating hundreds of billions to the government, or you can take the alternative route by trying to extract new revenue from industry by increasing their cost to do business."

The report was published by Taxpayers for Common Sense, a nonpartisan budget watchdog based in Washington.