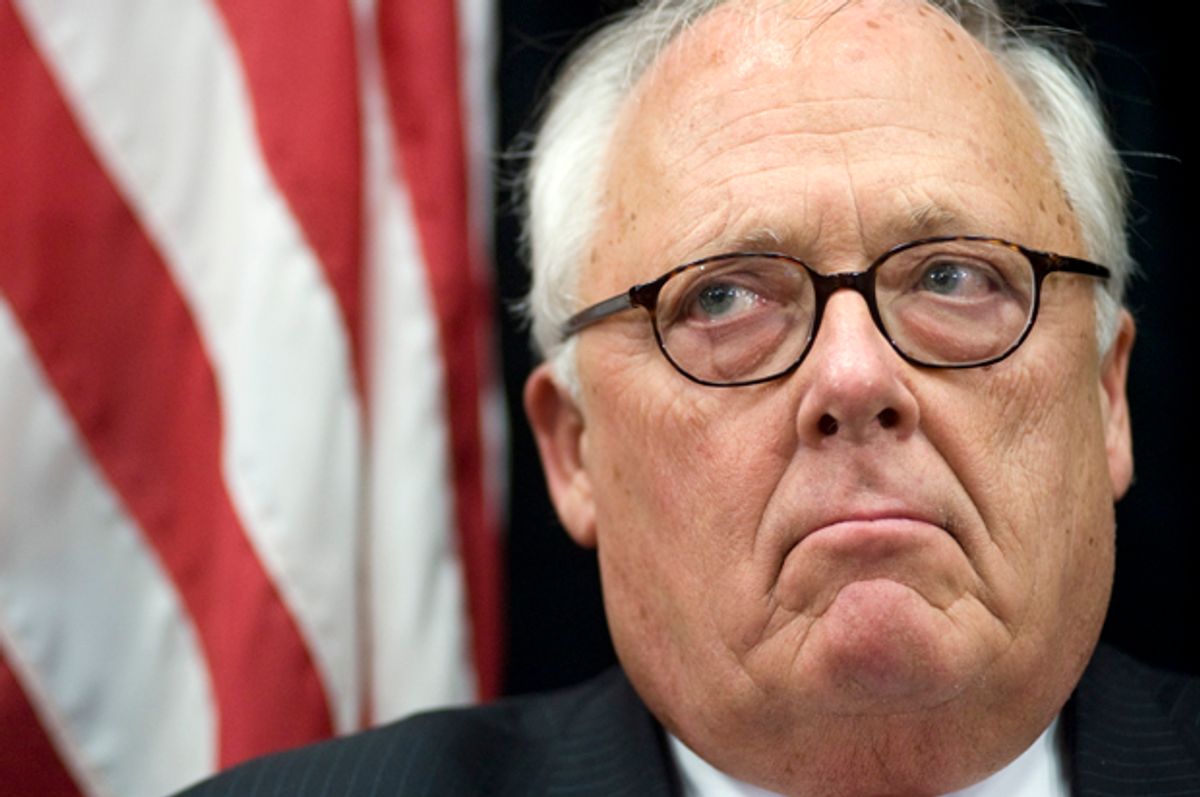 On Monday, founder and former president of the Heritage Foundation Ed Feulner published an Op-Ed in the Washington Times titled "The trouble with banning trans fats." In it, he condemns the Food and Drug Administration for revoking the status of partially hydrogenated oils (PHOs) as "Generally Recognized as Safe" (or GRAS). Feulner makes several claims about why this is no good for the consumer that generally fall apart under scrutiny. Let's take a look.

In the first place, it’s almost impossible to eliminate trans fats entirely from your diet. Some are naturally occurring, and we don’t have enough evidence to conclude that natural trans fat is associated with heart disease.

There are two things worth pointing out here. First, Feulner is correct in saying that it is impossible to completely eliminate trans fats from our diets. The FDA confirms in its announcement of the decision to tentatively rescind the GRAS label that trans fat would not disappear -- it occurs naturally in very small amounts in meat and dairy products, and in edible oils (like fully hydrogenated oils) where it is unavoidably produced. But it doesn't even matter, because that isn't the point of the FDA's ruling, which solely targets trans fat in processed foods, the major source of which is partially hydrogenated oils.

The second point concerns Feulner's claims that there isn't "enough evidence" to suggest a link between trans fat and heart disease. This is just plain wrong. According to the Centers for Disease Control and Prevention, consuming trans fat of all kinds increases your low-density lipoprotein cholesterol, which greatly increases your risk of coronary heart disease. Reducing trans fat consumption by avoiding artificial trans fat could prevent 10,000-20,000 heart attacks and up to 7,000 deaths every year.

(A controversial study released earlier this year caused a commotion by suggesting that saturated fat -- as distinct from trans fat, which is actually unsaturated -- is not connected to heart disease. This caused some confusion among the public as to the actual health threat posed by fat in foods; however, the study was published with several errors that had to be corrected, and numerous scientists have subsequently questioned its conclusions. And even that study found a link between trans-fat consumption and heart health.)

Then Feulner goes on to write that:

If the amount of artificial trans fats we consume is a problem, it’s one we already have well in hand. In 2003, we were consuming 4.6 grams per day, or 2 percent of a 2,000-calorie diet.

That sounds small, but Americans are still consuming 1.3 grams (or .6 percent of energy) of trans fat per day. You aren't supposed to have any. Also, high amounts of fat and cholesterol is a major cause of heart disease (the leading cause of death in the U.S.), so we clearly don't have it under control.

By 2012, this number had dropped to only 1 gram of trans fat per day, or 0.5 percent of the typical adult diet. In short, even without the FDA trying to restrict consumption, we’ve had a remarkable 78 percent reduction.

Awesome! So we won't miss it as much.

The fact is, the FDA is moving its mission, as established by the Federal Food, Drug and Cosmetic Act of 1938, “into novel areas that are unrelated to the food-safety issues that the law is designed to regulate,” writes Heritage Foundation research fellow Daren Bakst. “It would do so by regulating nutrition and diet through limiting food choices.”

Adds Mr. Bakst: “Thus, the agency is trying to conflate nutritional and dietary well-being with ‘safety.’ This action is extreme and unwarranted.”

I don't even really understand Bakst's point. The FDA is charged with the protection of public health by "assuring the safety, efficacy and security of human and veterinary drugs, biological products, medical devices, our nation’s food supply, cosmetics, and products that emit radiation." Artificial trans fats are clearly included in that. A hard-and-fast distinction between "nutritional and dietary well-being" is actually never mentioned in the mission statement. Safety is.

A final point: The FDA isn't seeking to ban trans fat; rather, it has temporarily rescinded the status of partially hydrogenated oils as generally recognized as safe. That means that companies could sell products with PHOs if they were able to prove that they are safe to eat. Which would be hard. Because they aren't.